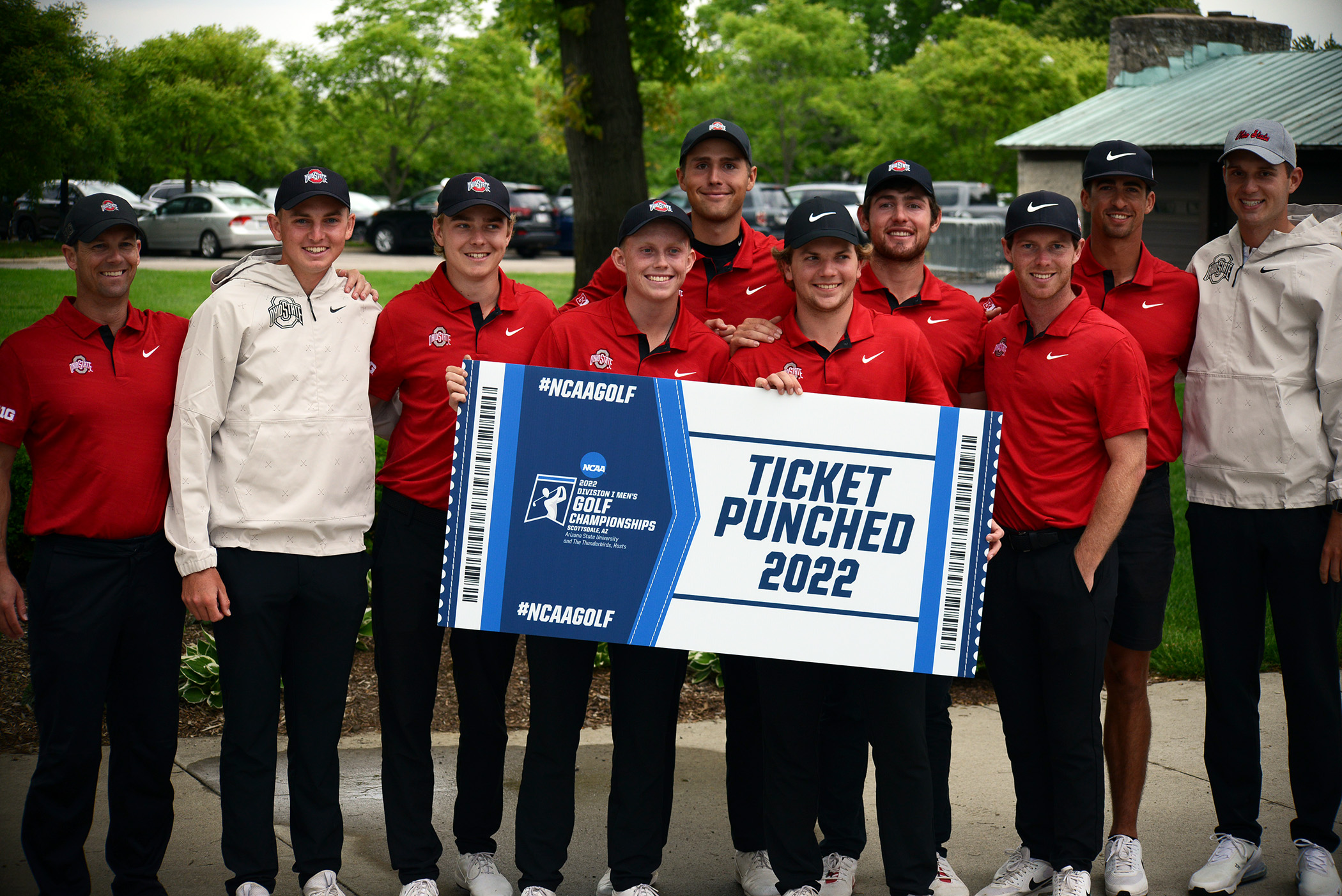 With a home-course advantage at OSU Scarlet, Ohio State took third place at the NCAA Regional, booking their ticket to Grayhawk Golf Club in Scottsdale, Ariz., for the NCAA Championship.

Junior Jackson Chandler led the Buckeyes with a 2-under par performance from Monday to Wednesday. He and sophomore Maxwell Moldovan carded final rounds of 1-under 70 to pace Ohio State, while Adam Wallin and JonErik Alford posted even-par 71s in their third outings.

As a team, Ohio State finished third at 4-over par behind Oklahoma State and Georgia Tech, who tied for first at 10-under par. The Buckeyes were three strokes in front of Arkansas (+7) and six strokes ahead of East Tennessee State (+10).

“It’s awesome to play at home,” head coach Jay Moseley said. “We enjoy this golf course, and our guys know it. They come to Ohio State because of the courses. It’s a big reason why you come here. It’s an awesome course, an awesome tour venue and one of the best courses anywhere in the country.”

Although their final scorecard earned them a spot at the NCAA Championship, the Buckeyes weren’t always comfortable during their three-day stretch of golf. Ohio State started the tournament with a 6-over 290 on Monday, putting itself in a significant hole outside the top-five standings. However, Chandler and his team battled back to post an even-par 284 on Tuesday, pushing them into a qualifying position.

“In college golf, you can see such big momentum swings,” Moseley said. “When guys are going one way or the other, it can move and shift pretty quickly, and we got off to a slow start, but there was never a doubt that these guys could show their resiliency and handle things when it matters.”

Moldovan made three birdies in his final round and finished in a tie with Wallin and Alford at 2-over par for the week. Wallin carded a second-nine 33 that included a hole-out, eagle-two at No. 16. Alford bogeyed the par-5 sixth and was 1-over on the afternoon before playing the final 12 holes at 1-under. Patrick Schucking also competed for the Buckeyes and finished with a 76 on Wednesday, bringing him to 11-over for the tournament.

Ohio State will play in its 47th NCAA Championship next week when it travels to Scottsdale. The Buckeyes barely missed qualifying for the tournament last season, and the 2020 event was canceled because of the COVID-19 pandemic. In 2019, the program finished runner-up at the Myrtle Beach Regional and took 13th at the NCAA Championships at Blessings Golf Club in Fayetteville, Arkansas.

“These guys wanted to get to Grayhawk,” Moseley said. “They all came here knowing they would have a chance to play at the national championship, and being able to host a regional is a big reason we did it and advanced. They did their job this week. They played good golf, and it was good enough to advance.”