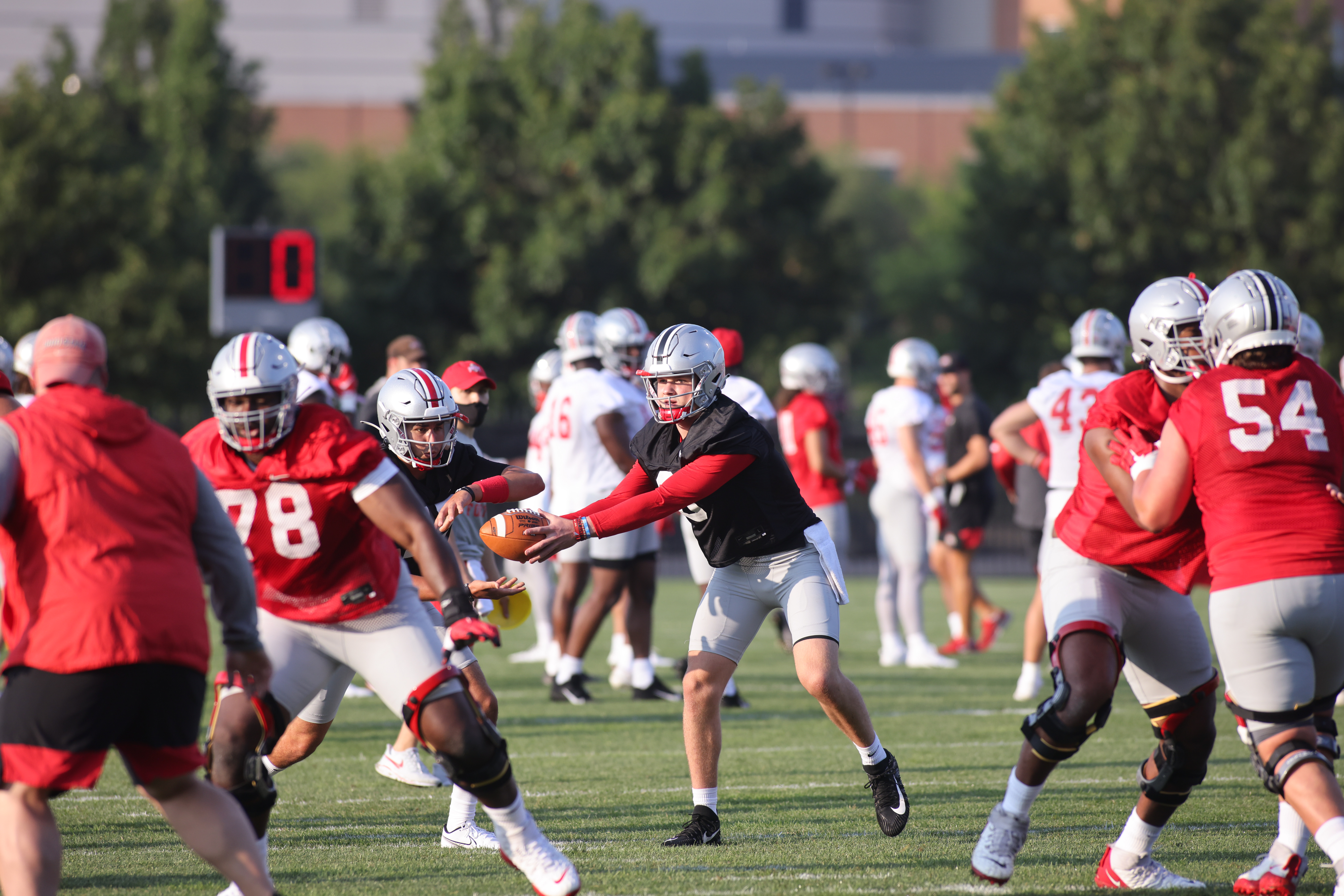 The five-star talent out of Philadelphia set league and city passing records slinging the ball around the field at St. Joseph’s Prep, where the true freshman said he was “the guy” before arriving at Ohio State this past winter.

As fall camp opens in Columbus though, many believe “the guy” to beat for the vacant starting quarterback job is McCord’s teammate C.J. Stroud, a redshirt freshman and former top-50 overall recruit in his own right.

However, if Stroud has already won the job behind closed doors, McCord might just be playing with house money this preseason.

“(I’m) really excited. I feel like I’m in a much different position mentally in the spring than I am now,” McCord said Tuesday at the Woody Hayes Athletic Center. “I feel like I’m really gonna play loose this camp. I wouldn’t say I was able to do that in the spring, but the spring was a big learning period, I’d say, for me.”

If McCord was tight during his first college spring though, he could’ve fooled the viewing public.

While most of the quarterback reps in spring camp were taken solely under the microscope of head coach Ryan Day and the Buckeye coaching staff, the spring game itself exhibited a rather impressive showing from the true freshman, as McCord uncorked several eye-popping downfield dimes and finished on essentially equal footing with Stroud.

Without a collegiate pass on film for Stroud, McCord or redshirt freshman Jack Miller entering 2021, the outside perception of each of their career trajectories was bound to skew heavily on that single scrimmage –– for a few months, at least.

The spring game eye test placed McCord no lower than No. 2 in the unofficial Ohio State quarterback pecking order, which may not have been too bad a spot if not for the sudden entrance of the ultimate variable in Quinn Ewers.

The No. 1 overall recruit in the class of 2022, Ewers was expected to make things interesting for McCord and the Ohio State quarterbacks room next season and beyond. Now though, the Texas native is joining the Buckeyes a year early to pursue name, image and likeness opportunities that were unavailable to him as a high school senior, making matters even less clear for McCord and company.

“I don’t think it will change anything,” McCord said about Ewers joining the team. “Obviously, the three guys that are here now have just been competing the entire time. And I think even if you add another guy, it’s still going to be the same competition every single day. And so I think that brings out the best in all of us. So I wouldn’t say it changes too much. I think we’re just still going to compete and go forward from that.”

Ewers’ recruiting status is enough to make even a fellow five-star like McCord blush, but with seven months of experience at Ohio State under his belt as an advantage, it would seem difficult for McCord to lose whatever spot he does have on the depth chart to a player that is joining the team just weeks before the season opener.

Whether or not that development has made McCord ready to start a game under center for Ohio State as a true freshman though, is unclear.

McCord said he’s still not at 100 percent with his command of the offense just yet, but said he has put on 10 pounds of good weight and that his comprehension of the playbook is starting to come “second nature.”

“I feel like every single day I’m making a step in the right direction and putting myself in the best position to do that. But honestly, you would have to ask coach Day that,” McCord said. “I feel like I put a lot of work into this offseason, physically, mentally, to put myself in the best position possible. But at the end of the day, I guess we’ll see. I could stand up here and say, ‘I feel great,’ but I guess we’ll see once the pads come out.”

The most honest evaluation would no doubt come from Day himself, but as is known from his guarded and ambiguous comments about the quarterback battle this offseason, that type of transparency won’t likely come to fruition for a while longer.