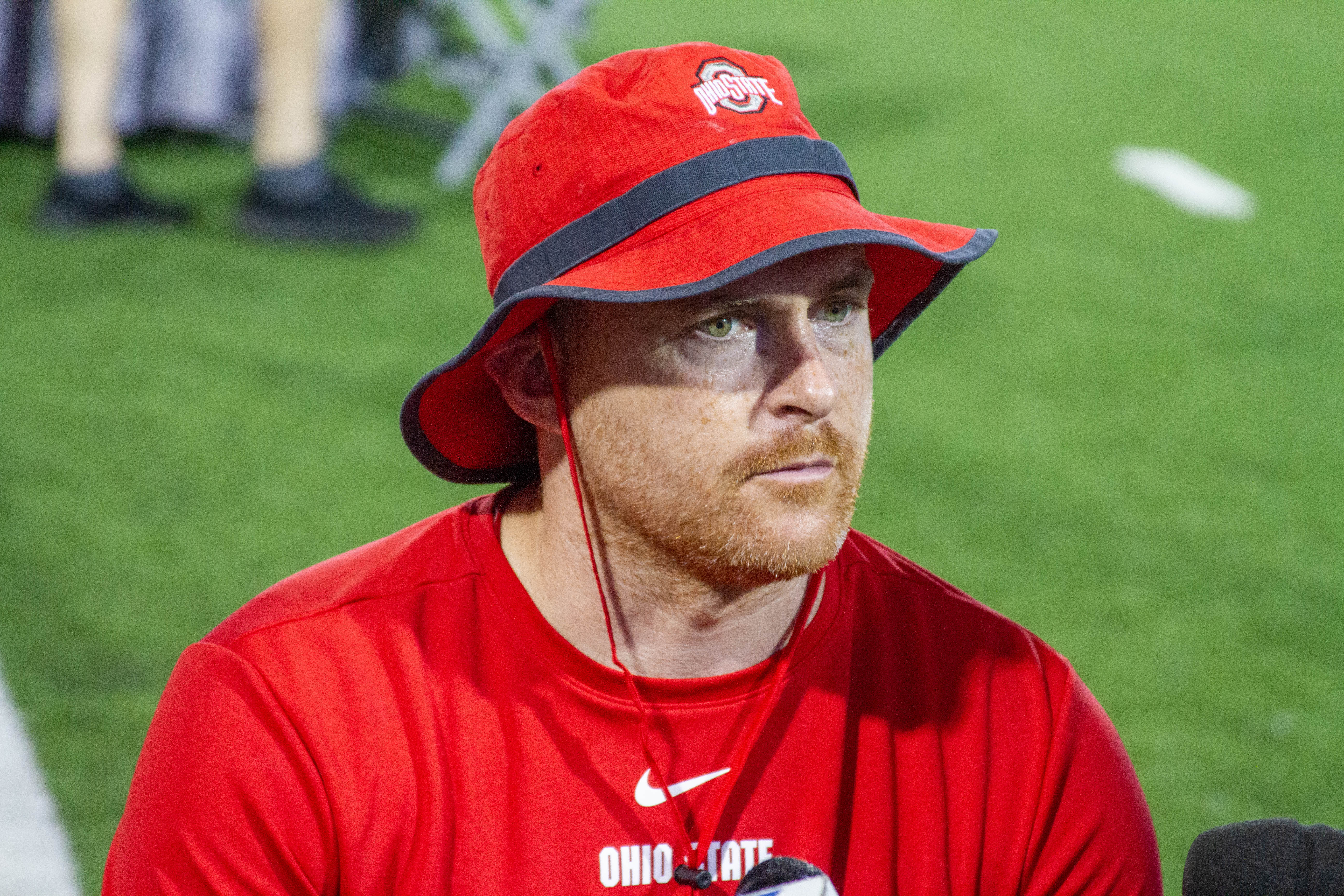 With the hiring of Jim Knowles as Ohio State’s new defensive coordinator, some remaining staff members have been left in limbo, unsure of whether or not they will have a job following the Buckeyes’ matchup with Utah.

As it stands, Ohio State has 10 assistant coaches, meaning that at least one coach will either part ways with Ohio State or receive a demotion to make room for Knowles.

The likely choice is current assistant Matt Barnes, who has served as Ohio State’s defensive play-caller following Kerry Coombs’ demotion during the season. This is Barnes’ third season at Ohio State, and in that time he’s coached special teams and the secondary in addition to play-calling duties.

“I have yet to, almost 15 years in coaching, I don’t have enough ego to say ‘Well, this is mine,’” Barnes said Tuesday. “I steal from everybody that I think does a good job, and (Knowles has) done an exceptional job. I love Ryan Day, I love Ohio State, I love Columbus, Ohio, I love our players, so I’d certainly love an opportunity to remain here.

“It’s a wonderful place,” he continued. “I’ve enjoyed every moment that I’ve been here. I can’t imagine there are many head coaches to work for better than Ryan Day, and Columbus, Ohio is an awesome place. It’s a great place. My wife and I love it here. Henry loves it here. That’s what I can tell you.”

Barnes had the chance to meet with Knowles and said that he runs an “exciting defense,” though Barnes said they did not get around to discussing Barnes’ spot on the defensive staff.

“We had a very brief meeting,” Barnes said. “I could tell right away he’s an exceptionally talented and intelligent person, seems like a great guy. The nature of our conversation did not go that long. He had a bunch of meetings, and I’m running to try to get practice organized and things like that, so I have not had those conversations.”

To Barnes’ credit, Ohio State saw a slight turnaround on defense since he took over for the game against Tulsa. After the Buckeyes allowed 33.3 points per game against Minnesota and Oregon and gave up over 400 yards of total offense in both contests, Ohio State’s defense began bending but not breaking, allowing 348.6 yards per game but limiting teams to 18.5 ppg the rest of the way.

Head coach Ryan Day has said the staff is not concerned with who may or may not be around following the Rose Bowl, and Barnes echoed those comments, emphasizing that he’s focused on the task at hand.

“Right now, I’m just trying to go win this game,” Barnes said. “If you’ve watched Utah on tape, you know how much work it’s gonna take to try to get that done. Sometimes I can be obsessive, and I’ve just obsessed about this game and trying to give our kids a great opportunity to go win.”