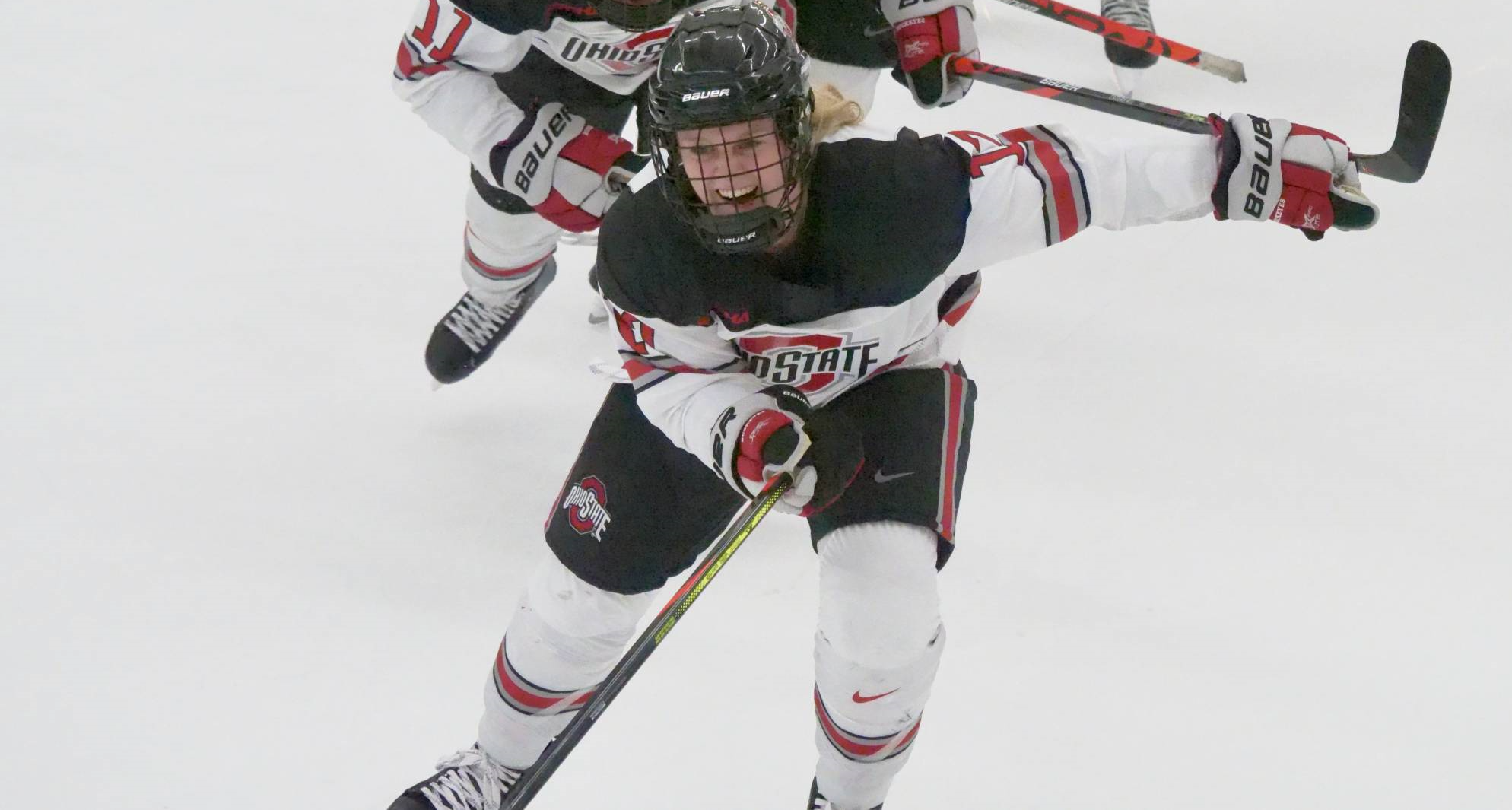 Emma Maltais, a junior forward for the Ohio State women’s ice hockey team, was named to the 23-player roster that will represent the Canadian National Team in a two-game series against the United States Nov. 8-10.

“It’s really exciting and such an honor to be listed among some of the best and some of those who I’ve watched growing up,” Maltais said. “I’m really excited to learn from those around me and hopefully I can contribute to the team as well.”

Hockey Canada and USA Hockey take part in the series in preparation of the 2020 IIHF Women’s World Championship, showcasing the world’s top players in a friendly competition. Canada leads the all-time series with 83 wins across 147 meetings between the neighboring countries.

Maltais leads the Buckeyes in scoring for the third consecutive season, with 14 points on six goals and eight assists through 10 games.

“Emma has put a lot of hard work in especially in the summer and throughout this season,” assistant coach Emily West said. “To see it finally paying off for her I think is very exciting not only for her but for her teammates and the culture she brings to our team.”

Maltais’ promotion marks her first call-up to the full national team. During this past summer she was selected to be part of the 23-player roster that competed against the United States in a three-game series in Lake Placid, where she tallied two assists in Canada’s 2-1 victory against the U.S. in the final game. Also on Canada’s roster is Ohio State Hall of Famer and Olympic gold medalist, Natalie Spooner.

“This is a unique season for our national team, and the opportunity to play the United States will complement the variety of campus and programs we have scheduled to ensure our athletes are competing at the highest level,” director of women’s national teams Gina Kingsbury said. “Working with USA Hockey on this series will not only provide fans an opportunity to watch the best players from both countries, it will benefit our programs as we continue to evaluate our athletes in advance of the world championships.”

Fortunately for the Maltais and the Buckeyes, both games in the showdown between Hockey Canada and USA Hockey will take place during Ohio State’s off week. Puck drop on Friday, Nov. 8 is scheduled for 7 p.m. ET in Cranberry Township, Pa. at the UPMMC Lemieux Sports Complex, while Sunday’s game will start at 1 p.m. ET. in the same venue.

“Ohio State always is so amazing in practices and games to prepare me,” Maltais said. “And obviously I’ll be doing extra work off the ice to take care of my body before I leave.”