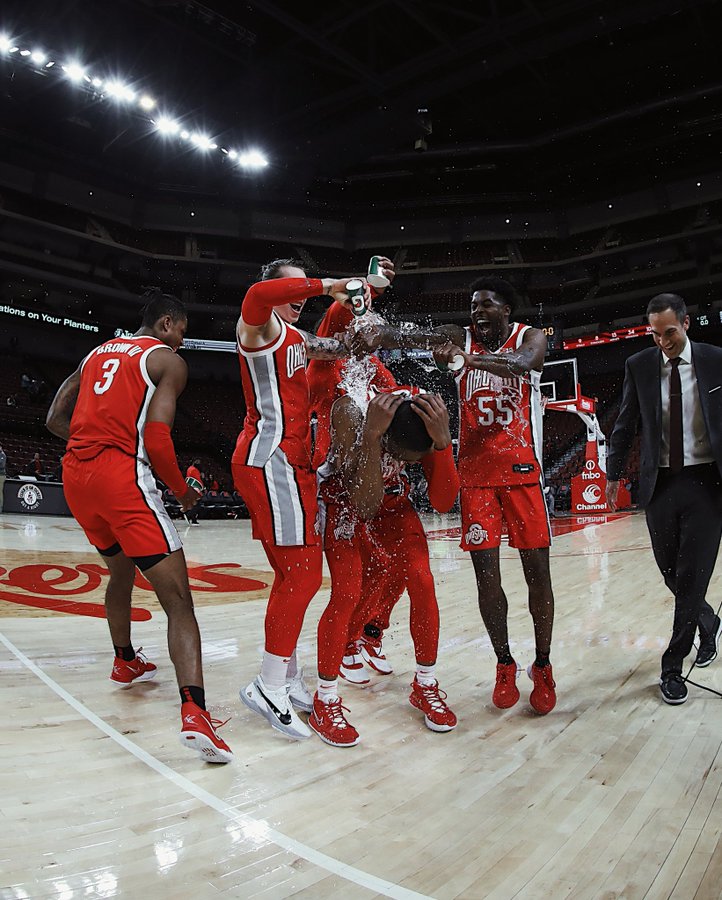 If not for Malaki Branham’s breakout performance, Ohio State men’s basketball might have lost its first game after its 22-day break for COVID-19 related quarantine and isolation.

When the No. 13 Buckeyes tipped off against Nebraska, they began their first game since Dec. 11. No Ohio State team had endured such a lengthy in-season layoff for nearly 80 years: it’s the program’s most extended break since the 1943-44 season. That team played Indiana on Feb. 24 before a 29-day gap, which ended with a March 22 contest against Kentucky in Madison Square Garden.

There wasn’t exactly a precedent for how Ohio State should respond to their less-than-ideal circumstances. Yes, the World War II-era Buckeyes dealt with a longer break, but basketball has significantly changed in the last 78 years. Luckily, Chris Holtmann could turn to Branham — a true freshman and the highest-rated recruit of the head coach’s five-year career in the program.

Branham exploded for a career-high 35 points and the Buckeyes (9-2, 3-0 Big Ten) overcame a two-possession deficit in the final 30 seconds to force overtime, where they defeated the Cornhuskers, 87-79.

His 35 points are the second-most for an Ohio State freshman in program history, trailing only Jared Sullinger’s 40-point game against IUPUI in December 2010.

Jamari Wheeler and Meechie Johnson Jr. opened overtime with consecutive 3-pointers, which gave Ohio State enough of a lead to sneak past Nebraska (6-8, 0-3).

Ohio State led by as many as eight points on three occasions in regulation. However, Nebraska answered to keep itself in the game. The latest Buckeye run came with 10:07 left, when an E.J. Liddell 3-pointer pushed the Buckeyes ahead 59-51.

Still, Ohio State would require late-game heroics to force overtime against Nebraska. Down by five points in the final minute, Wheeler hit a 3-pointer and Nebraska’s Lat Mayen missed two free throws with 22.4 remaining. Liddell rebounded a Johnson miss and was fouled on the putback, sending him to the line for two free throws with 8.9 seconds left with his team down 72-70.

Liddell was 1-of-2 from the line until that point, but he hit both to tie the game. Eugene Brown blocked Nebraska’s final driving attempt, sending the game to overtime.

Ohio State has won six straight against Nebraska and is now 16-2 against the Cornhuskers since they joined the Big Ten.

Graduate forward Kyle Young, averaging 10.0 points and 6.7 rebounds, did not make the trip while dealing with what a team spokesman said was a non-COVID illness. He is expected to be ready for Thursday’s game at Indiana.

Branham’s previous career-high was 11 points. He surpassed that mark when he hit his fourth 3-pointer of the game midway through the first half. Two possessions later, he threw down a one-handed dunk before adding his fifth 3-pointer a couple of more trips down the court.

Nebraska erased multiple deficits throughout the game, but Branham always had an answer. Ohio State’s most consistent player this season, junior forward E.J. Liddell, finished the game with 10 points on 2 of 14 shooting. He also added eight rebounds and give assists.