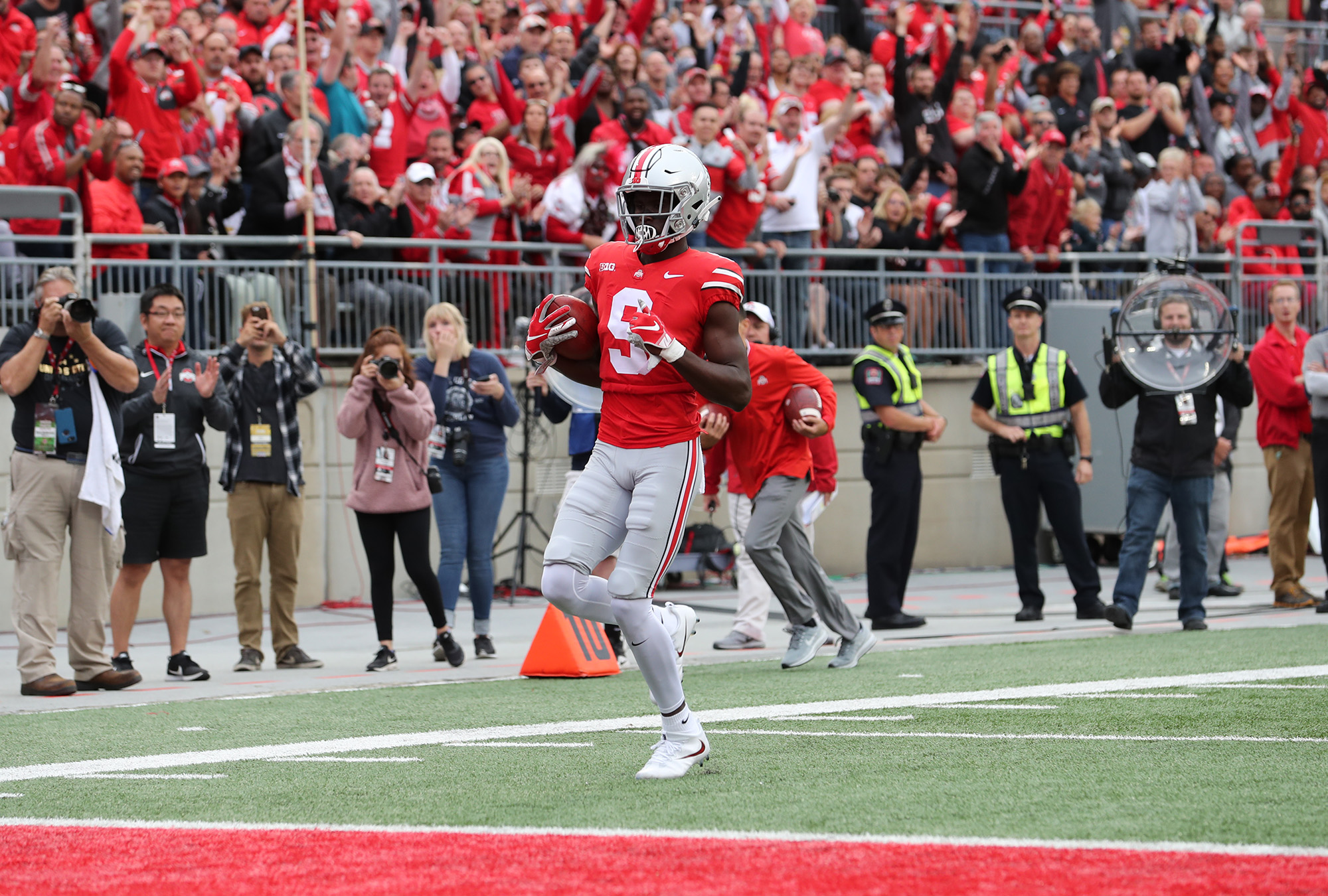 It sure seems as though Ohio State wide receiver Austin Mack will miss the remainder of the regular season due to foot surgery, after an injury suffered in a 49-20 loss to Purdue.

Through eight games, Mack was Ohio State’s third leading receiver when it came to receptions (26) and fourth when it came to receiving yards (331). While his loss isn’t detrimental to a Buckeye offense with a plethora of talent, OSU will miss his production as a blocker on the perimeter.

Outside of Terry McLaurin, Mack was perhaps Ohio State’s most consistent and reliable blocker on the outside. It is what likely got him the nod over Binjimen Victor as the starter at his position and why he earned immediate playing time as a freshman in 2016.

With Mack out, there are a few different players that could step up for Ohio State in his place, Victor being the obvious first choice.

A new wide receiver steps up each week for Ohio State. Against Penn State, it appears Binjimen Victor has answered the call. Victor did it all on his 47-yard catch and run as he weaved through the defense and keeps the Buckeyes alive. However, the Nittany Lions lead 26-21. pic.twitter.com/NeR7M7xpTr

Victor has just 14 receptions on the year for 236 yards, but his touchdown catch and run against Penn State is a play that will go down in Ohio State history and one that proved he is capable of making critical plays in critical moments for the Buckeyes.

While Victor is a threat on the outside with his long frame, he isn’t much of a threat after the catch. His big play against the Nittany Lions seems to be more of an anomaly, but that doesn’t mean he doesn’t deserve more targets.

Last season, Victor scored seven times, six of which came in the red zone. His 6-foot-4 frame makes him perhaps Ohio State’s most dangerous weapon in the red zone and with Mack out, he will likely get more opportunities outside the 20-yard line as well.

Another player that could earn some time in Mack’s spot is Jaylen Harris. A sophomore out of Cleveland, Harris has just four career receptions but did see the field late against Purdue with the starting offense, although the game was already in hand.

Much like Victor, Harris provides Ohio State’s offense with a long frame on the perimeter. At 6-foot-5, Harris could also be a weapon in the red zone. He showed off his skills in the Buckeyes’ spring game, hauling in three passes for 39 yards and an impressive 25-yard touchdown catch from Dwayne Haskins.

The dark horse candidate to earn reps in Mack’s place would be Chris Olave, a true freshman who has appeared in all eight games this season, mostly on special teams.

Olave earned time with the second and third-string offense early in the season and caught one pass each in blowout wins over Oregon State and Tulane. Despite being just a three-star prospect according to 247sports, Olave has impressed the Ohio State coaching staff since arriving on campus.

“We knew right when he got here that he was special. He’s got really good speed,” Ryan Day said Sept. 3. “Great hand-eye coordination. So his work ethic, to go along with that has been excellent.”

It remains to be seen who will step up in Mack’s place, but when Ohio State takes the field against Nebraska on Nov. 3, expect Victor, Harris and perhaps even Olave to get the first cracks.