Looking At The Previous Matchups Between Alabama And Ohio State 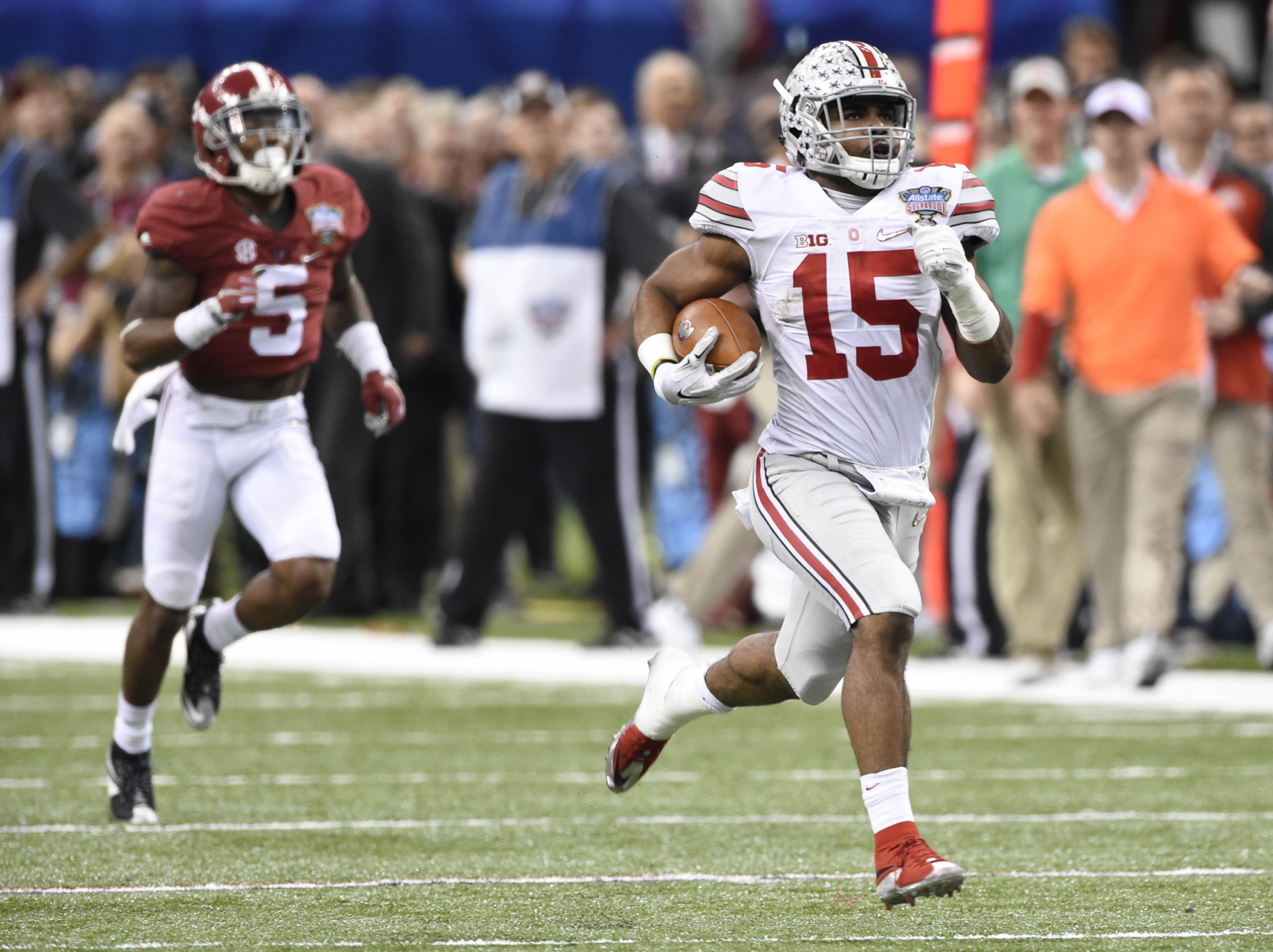 Despite being two of the most notable programs in college football history, Alabama and Ohio State have met just four times – and never on the other’s campus.

The Crimson Tide hold a 3-1 advantage over the Buckeyes, who got their first win in the series in their most recent matchup in the 2015 College Football Playoff semifinal at the Sugar Bowl.

The teams will go head-to-head once again this evening (8 p.m. on ESPN), though there’s a national title on the line this time around. But before they kick off on South Beach, we’ve decided to look back at their previous matchups.

In the only meeting between legendary head coaches Paul “Bear” Bryant and Woody Hayes, No. 3 Alabama crushed No. 8 Ohio State, 35-6.

With No. 1 Texas and No. 2 Oklahoma losing their bowl games, it appeared the victorious Crimson Tide would earn at least a share of the national title. However, No. 5 Notre Dame jumped four spots in every poll with its 38-10 win over the Longhorns in the Cotton Bowl.

Ninth-ranked Ohio State led No. 5 Alabama, 10-6, heading into the fourth quarter of their season-opening matchup in the Kickoff Classic at Giants Stadium in East Rutherford, New Jersey.

However, the Crimson Tide scored the game’s final 10 points, including a go-ahead three-yard touchdown pass from quarterback Mike Shula to wide receiver Al Bell and a Van Tiffin field goal with just over one minute remaining.

Still, the Buckeyes had a chance to win the game late. Two pass interference penalties led to a pair of untimed downs, but quarterback Jim Karsatos pass to wide receiver Cris Carter was batted down in the end zone on the game’s final play, sealing Alabama’s 16-10 victory.

Alabama and Ohio State finished the 1994 season as runners-up in the SEC and Big Ten, respectively, which meant a trip to Orlando for the Citrus Bowl.

The Buckeyes and Crimson Tide matched each other score for score, with Ohio State quarterback Bobby Hoying throwing two first-half touchdown passes and Alabama running back Sherman Williams finding the end zone from seven yards out to knot the score at 14-14 going into halftime.

The teams traded field goals in the fourth quarter and it appeared the game would end in a tie, but quarterback Jay Barker found Williams on a 50-yard touchdown pass with 42 seconds remaining to give the Crimson Tide a 24-17 win.

Led by third-string quarterback Cardale Jones and running back Ezekiel Elliott, fourth-ranked Ohio State knocked off No. 1 Alabama in the Sugar Bowl semifinal of the inaugural College Football Playoff.

Jones threw for 243 yards, including a 47-yard touchdown pass to wide receiver Devin Smith on the opening drive of the second half that put the Buckeyes ahead, 27-21. Elliott, meanwhile, rushed for a Sugar Bowl-record 230 yards and two scored, including an 85-yarder with just over three minutes left that effectively clinched the 42-35 victory.

Ohio State snapped its 0-for-10 streak against the SEC in bowl games, not counting the vacated win over Arkansas in the 2011 Sugar Bowl. The Buckeyes then went on to win the national title with a 42-20 win over Oregon in the inaugural CFP championship game.