Left Out Of College Football Playoff, Ohio State Is Headed To The Rose Bowl 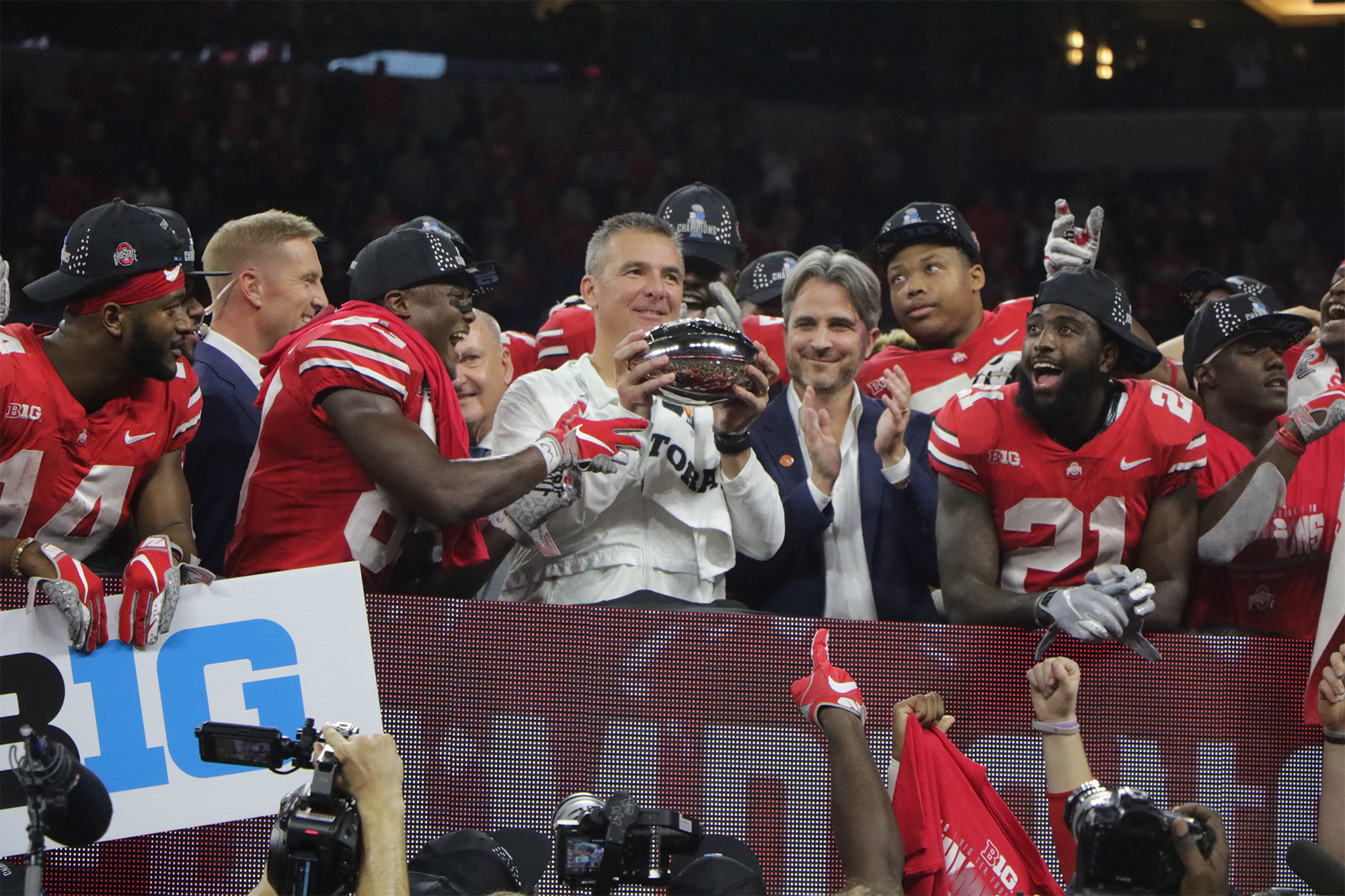 For the second season in a row, a Big Ten championship wasn’t enough for Ohio State to get into the College Football Playoff.

The Buckeyes (12-1), coming off a 45-24 victory over Northwestern in the Big Ten title game in Indianapolis on Saturday, found themselves on the outside looking in when the final playoff field was announced Sunday afternoon. Alabama got in as the No. 1 seed with Clemson at No. 2, Notre Dame at No. 3 and Oklahoma rounding out the playoffs in fourth.

Ohio State, it turned out, wasn’t even the first team on the bubble. The Buckeyes stayed at sixth in the final rankings, one spot behind Georgia.

While the playoffs are out of the picture for Ohio State, the Scarlet and Gray are set for a trip to the Rose Bowl in Pasadena, Calif., for the first time since Urban Meyer took over as head coach. The Buckeyes last played in the Rose Bowl in 2009-10, when they beat Oregon, 26-17.

This time around, Ohio State is set to face Washington on New Year’s Day. The Huskies (10-3) clinched their berth in the Rose Bowl by beating Utah, 10-3, on Friday in the Pac-12 championship game.

Ohio State is 7-7 all time in the Rose Bowl, which traditionally pits the Big Ten champion vs. the Pac-12 champion. The Buckeyes missed out on the Rose Bowl last year because it was one of two CFP semifinal games instead, leaving Ohio State to face USC in the Cotton Bowl.

Kickoff at the Rose Bowl Game Presented By Northwestern Mutual is scheduled for 5 p.m. ET on Jan. 1 and the game is set to be broadcast on ESPN.