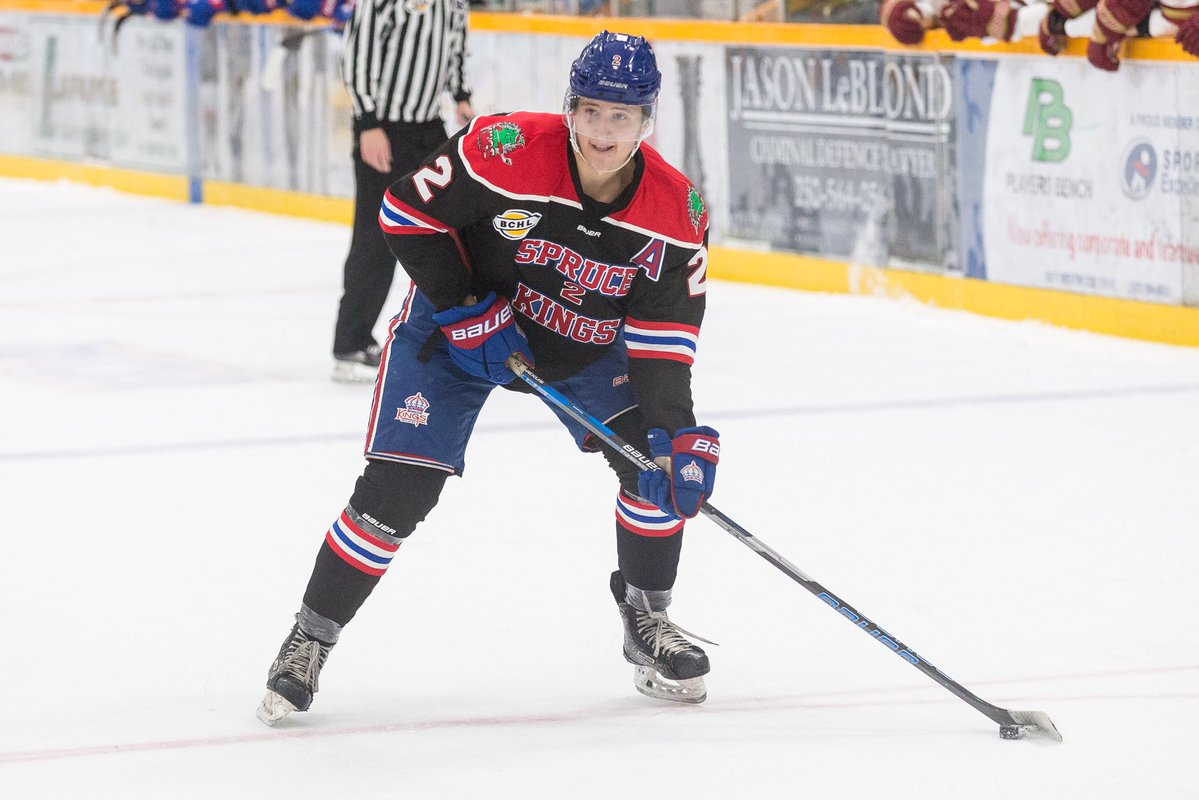 Layton Ahac, an incoming freshman for the Ohio State men’s hockey team, was drafted in the third round (No. 86 overall) of the 2019 NHL Entry Draft by the Vegas Golden Knights.

“It’s surreal,” Ahac said of hearing his name called. “So many emotions running through my mind. It was instant joy and excitement. I’m super excited for the future.”

After an excellent second season, culminating in a BCHL championship, Ahac was ranked No. 62 out of all North American skaters by NHL Central Scouting.

The young defenseman expressed excitement regarding the genesis of his collegiate career in Columbus.

“They have a great program and a winning culture,” Ahac said. “They also develop their players. With team success comes individual success and I’m super excited to get going there.”

He was a finalist for BCHL Defenseman of the Year honors, averaging a point per game through 17 postseason contests (5g, 12a), with his team winning the BCHL championship with a 16-1 record and claiming the Doyle Cup.

Ahac also had earned a BCHL All-Rookie Team selection after scoring 28 points (6g, 22a) in 57 regular season games in 2017-18. Ahac played for Canada West at the World Junior A Challenge.

“So much hard work,” Ahac said of what it took to rise to a third-round draft pick. “I’m passionate about this and want to make this a career and make a living from this game. Every single day I came to the rink or the gym with that attitude. It’s paid off so far, but the work doesn’t stop.”

Ahac became Ohio State men’s hockey draftee No. 53 all time. He will not be the only Buckeye to be drafted to the NHL on the 2019-20 squad — four others had also been selected, including Miguel Fidler (Florida), Tanner Laczynski (Philadelphia), Carson Meyer (Columbus) and Ryan O’Connell (Toronto).