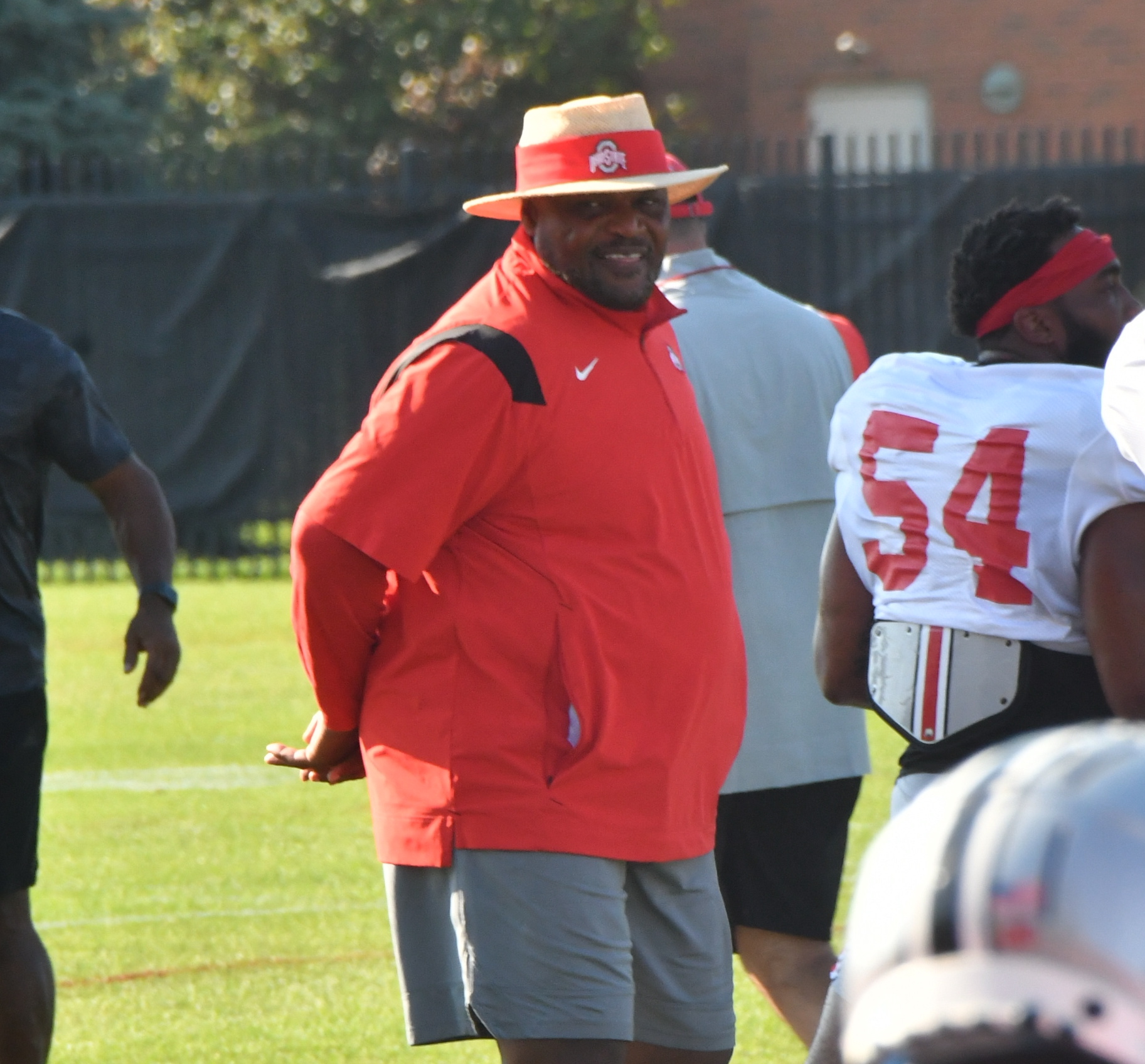 “My retirement plan is a way away from here. I enjoy coaching,” Johnson said on Tuesday. “The day that I stop enjoying coaching, that passion that I have, then I’ll do that. But, I don’t get up in the morning and say, ‘Well, this is it.’ I don’t do that, that’s not the way I function. I get up every morning dying to get into this building and coach those guys.”

Johnson’s collegiate coaching career has spanned 26 years, with the last eight seasons spent with the Buckeyes. Prior to reaching the college ranks, Johnson was an accomplished high school football coach for McDonough (Md.) High School and T.C. Williams (Va.) High School between 1975-91.

“It’s different. Different terminology and things are learned different, that’s all new. Its new language but football is football,” Johnson said. “Teaching is teaching, when it comes down to it. You have to teach a different way or do things a different way. Besides that, it’s football. It’s all ball.”

With attention to the current defensive coaching staff, Johnson said he’s enjoyed working alongside Knowles, Eliano and Walton and enjoys what the unit is building ahead of the Buckeyes’ season-opener against Notre Dame on Sept. 3.

“First of all, it’s a great defensive staff. It’s a really great staff. Great guys, great people. I think it’s a really fun staff,” Johnson said. “When you have a good unit, and guys are really close together and get a chance to bond. I think that’s what’s happening and I think our players are feeding off of that because we have bonded. We come from different backgrounds, but at the end of the day, we’re football coaches.”