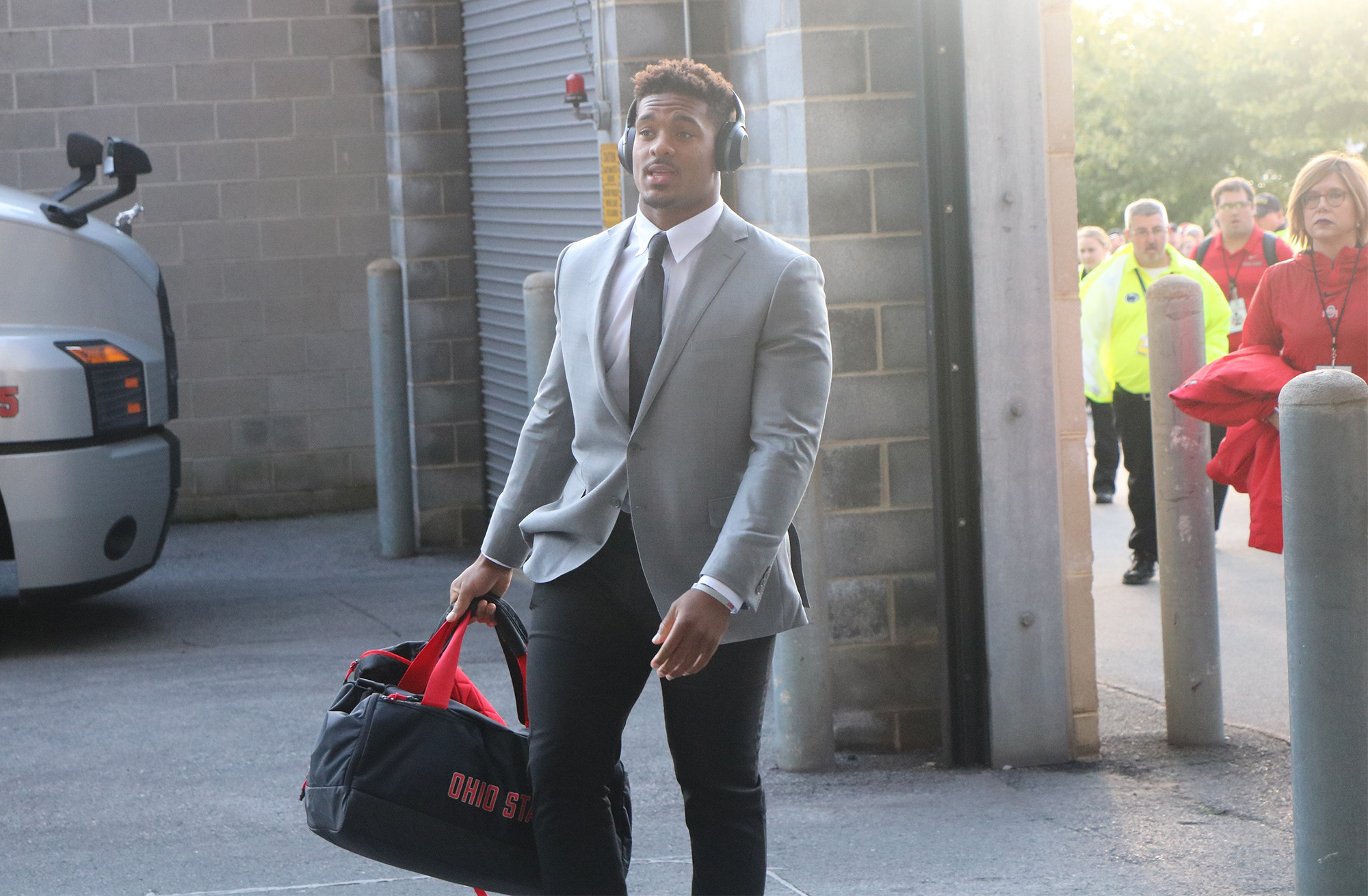 Last season, Ohio State traveled to Ann Arbor, Mich., and came away with a 31-20 come-from-behind victory in The Game. That win was thanks in large part to the gap in quarterback play between the Buckeyes and Wolverines.

In 2018, Michigan has taken a huge step forward behind center.

Although Ohio State’s 2017 starter, J.T. Barrett, was only 3 of 8 through the air, he threw for one touchdown and ran 15 times for 67 yards and another score. After Barrett was injured in the third quarter, Dwayne Haskins entered and went 6 of 7 for 94 yards while running three times for 24 yards and engineering a thrilling comeback.

For Michigan, John O’Korn had a pedestrian day – he completed just 17 passes on 32 attempts for 195 yards with one score and one interception while being sacked five times. O’Korn struggled with his accuracy for much of the game, failing to exploit a couple of breakdowns on the back end of Ohio State’s defense.

With Ole Miss transfer Shea Patterson now leading the way for Michigan, Ohio State won’t be able to afford similar breakdowns this time around. Patterson has guided the Wolverines to a 10-1 start and a perfect 8-0 mark in Big Ten play while completing 168 of 255 passes (65.9 percent) for 2,177 yards with 18 touchdowns to just four interceptions. He’s also a running threat, carrying the ball 60 times for 255 yards (including sacks) with two scores and a long of 81.

Apart from Patterson, the Michigan offense looks a lot like the 2017 version – but Patterson makes a big difference.

“I don’t see much of a difference in the offense besides (Patterson) can throw a little bit better and he can run more than the quarterback last year,” said Ohio State junior defensive tackle Dre’Mont Jones.

While Patterson’s arm might be what sets him apart the most from players like O’Korn, his rushing ability might be the difference against an Ohio State defense that has struggled to get players down once they get to the second level. If the front four can’t keep Patterson contained, the back seven will have its hands full in a situation it hasn’t thrived in throughout the year.

Earlier in the season, it took a stunning fourth-quarter comeback for Ohio State to overcome Penn State quarterback Trace McSorley, who ran for 175 yards against the Buckeyes.

“In a way he kind of reminds me of McSorley a little bit with the way he can run and throw,” Jones said. “That ability is pretty good, and I feel like in past years they haven’t had a running quarterback like him. He creates a whole new dynamic we have to worry about.”

If the Buckeyes can contain Patterson, that would be ideal for their chances. But if he can escape the pocket, it will be up to the back seven to make sure he isn’t able to make plays on the run.