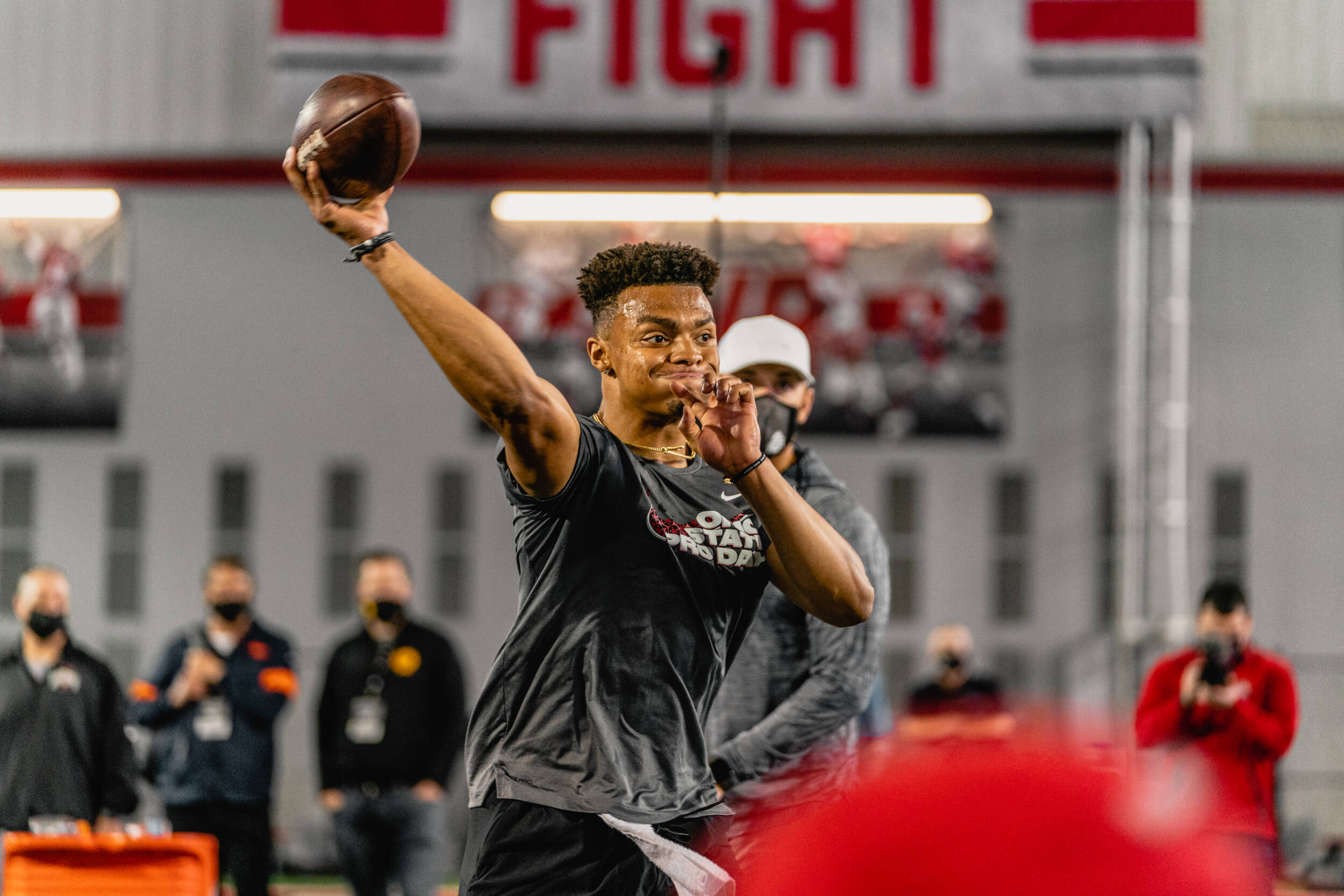 Former Ohio State wide receiver Justin Fields and cornerback Shaun Wade will work out for a number of NFL GMs and coaches, including representatives from the New York Jets (No. 2 overall pick); the San Francisco 49ers (No. 3); the Atlanta Falcons (No. 4); the Denver Broncos (No. 9) and the New England Patriots (No. 15), all of which have been rumored as potential landing spots for Fields.

This will be the signal caller’s second pro day performance in as many months, as he threw at Ohio State’s true pro day back at the end of of march, putting up an impressive performance in the process. Now, with Ohio State putting together another pro day, Fields is taking his opportunity to show off his ability then, this time with many of those key figures in attendance, which some – like 49ers head coach Kyle Shanahan – weren’t on that first pro day.

Wade, meanwhile, is showcasing his ability to scouts for the first time. He sat out of that first pro day while rehabbing an injury and will hope to show off the potential that made him a projected first round pick entering the season, while helping scouts to forget about his difficult 2020 campaign.

Unlike that first event, this showing will not be televised, meaning that it’s serving almost exclusively as a scouting opportunities for NFL franchises interested in either a first round quarterback in Fields or a late flyer at DB in Wade.

The event is expected to commence early in the afternoon, so expect results and scouting reports to trickle out around then. It’s unclear if Fields plans to run the 40-yard dash again, which he blazed through last time, though he did not hit his stated goal of a time in the 4.3s, settling instead for 4.4.