Justice Sueing Looks To Bounce Back After Abdominal Injury 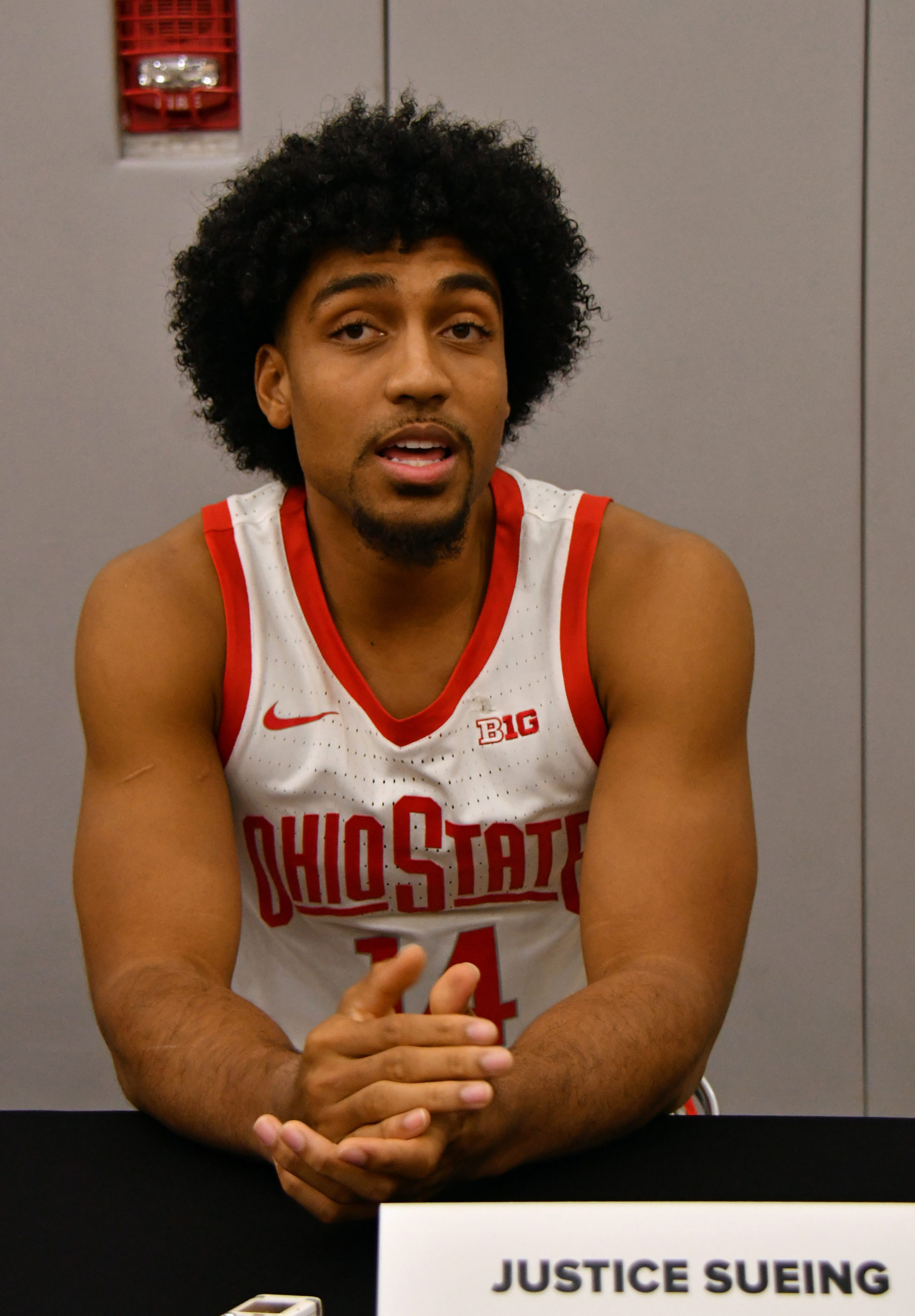 The last time Ohio State fans saw forward Justice Sueing, he was battling through pain while struggling on the floor against the likes of Akron and Niagara in the Buckeyes’ first two games last season.

Following those two games, Sueing was shut down for the rest of the season due to an abdominal injury — leaving the Buckeyes without one of their more established pieces for much of the campaign. That same injury crept into the offseason and held him out of both of Ohio State’s scrimmages during their overseas trip to the Bahamas in August.

Now, Sueing is fully cleared to participate in Ohio State’s preseason practices with the goal of being able to play in the season opener against Robert Morris on Nov. 8.

Prior to missing last season, Sueing was a key member on the 2020-21 team — which went 21-10 and earned a No. 2 seed in the NCAA Tournament. In his only season of full health with the Buckeyes, Sueing averaged 10.7 points and 5.5 rebounds per game while shooting at a 49.1 percent clip. He also shot 3-ball at a 36.1 percent rate.

Sueing carried high expectations into the 2021-22 campaign and tried to play through the pain in Ohio State’s first two games. He did not play for more than 15 minutes in either game against Akron or Niagara, and produced 12 points and four rebounds across his 29 minutes of game action last season.

“The last time (Ohio State fans) saw him, he wasn’t real good,” Holtmann said. “Justice looks great. He is healthy. He’s a young man who’s anxious to get out there. He’s anxious to be healthy and he really wants to stay healthy. For a kid like him, who had a whole season taken away from him, with the exception of those games. You really want it for him.

While Sueing has rehabilitated his injury for much of the offseason, he said he’s ready to go to work and feels that he’s even improved from the last time he was at full strength.

“I feel better than I’ve felt, ever,” Sueing said. “It’s a great feeling to have, finally.”