Josh Proctor Continuing To Work Back After Compound Leg Fracture 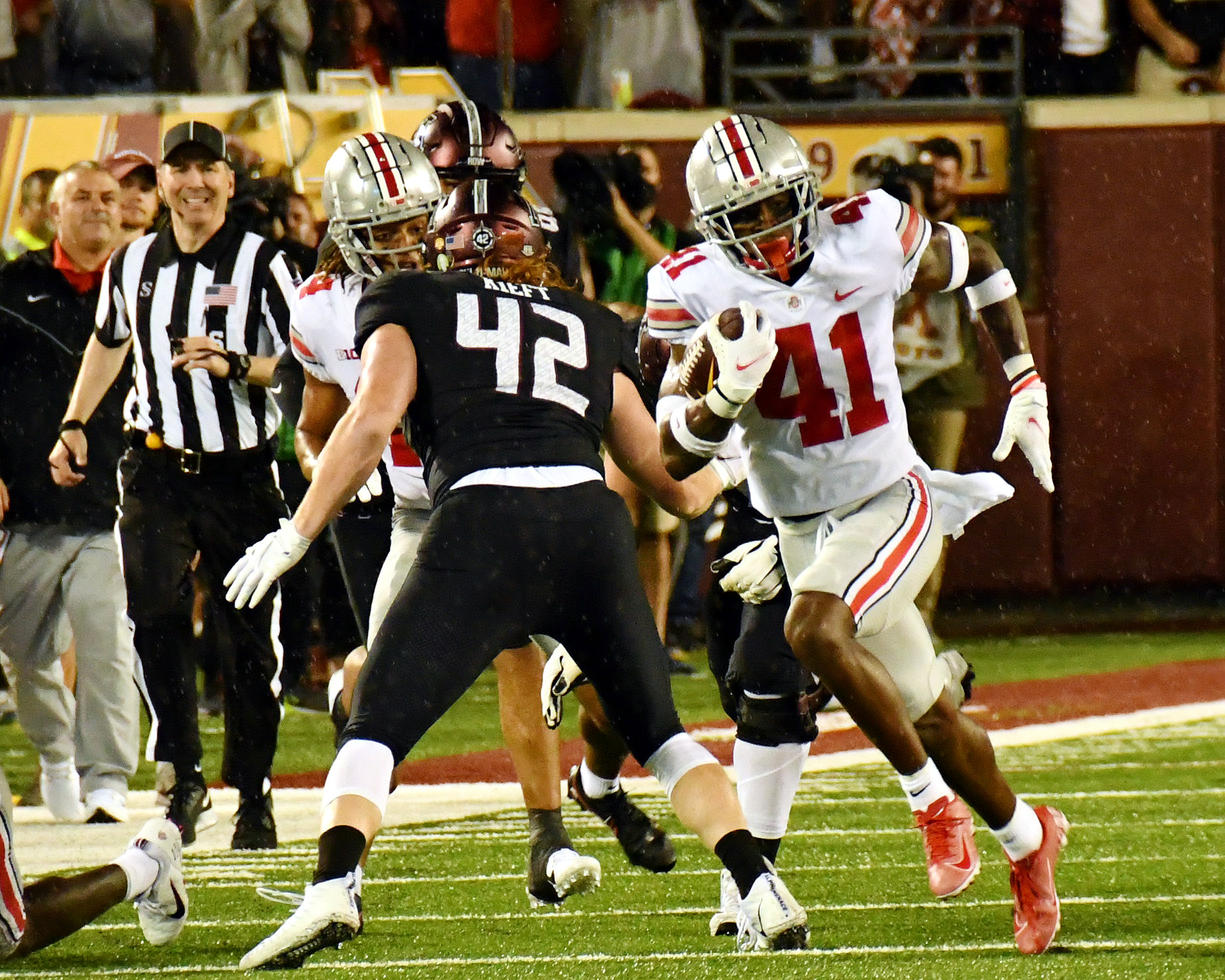 Ohio State senior safety Josh Proctor is still working his way back to the field after suffering a compound leg fracture in the Buckeyes’ loss to Oregon last season.

He was ruled out for the beginning of spring practice but has started returning to action, and he spoke to the media Friday after his first full week back on the field.

“I feel good,” Proctor said. “I feel like I’m able to get out there and run around. I’m just getting my legs back under me. This is actually my first full week getting able to go again and be able to do team reps and everything. I’m just trying to get back out there. I know I have some time to go.”

After building on his three starts in 2020, it appeared last season could be a banner year for the Owasso, Okla., native with the NFL Draft in his sights. Proctor played in two games and started one at safety last season before a shoulder injury and his eventual leg fracture would send him to the sideline for the rest of the year.

“It definitely was difficult because I had goals,” Proctor said. “But I felt that it was maybe God’s plan. It kind of sat me down, like…maybe I wasn’t ready.”

Proctor said it took time for him to come to terms with his injury and the fact that he was working his way back for another season.

Now, with health on the horizion and the prospect of playing in defensive coordinator Jim Knowles’ new-look defense, Proctor is expected to start at one of the three safety positions – likely as the “adjustor,” playing in deep center – and head coach Ryan Day is excited to see what he can bring back to the field.

“When Josh is at his best, he’s rangy and can cover a lot of ground,” Day said earlier this spring. “He’s extremely physical, will absolutely get after you whether it’s a receiver down the field, in the running game, or even blitzing. In the Clemson game, the first one, he got after the tailback and was physical against him. he had that hit in the Wisconsin game to end it.

“He can come downhill and be physical. He also has really good ball skills, tracking it. When he’s at his best he’s all over the place. He plays with discipline and can really affect the game in a lot of areas, can get away with some things that maybe others can’t and that’s what we’re looking for from him.”

Even as Proctor begins to see the field, it will be a slow process as he continues his recovery, but there’s little doubt that he’ll be ready to go when Ohio State’s season begins in a matter of months.

“First getting back out there, it’s kind of shaky,” he said. “Everything is still kind of moving fast again. The heart is pumping a little bit. But it just takes some getting used to, getting those reps and calming yourself down. I’m getting that confidence back day by day.”