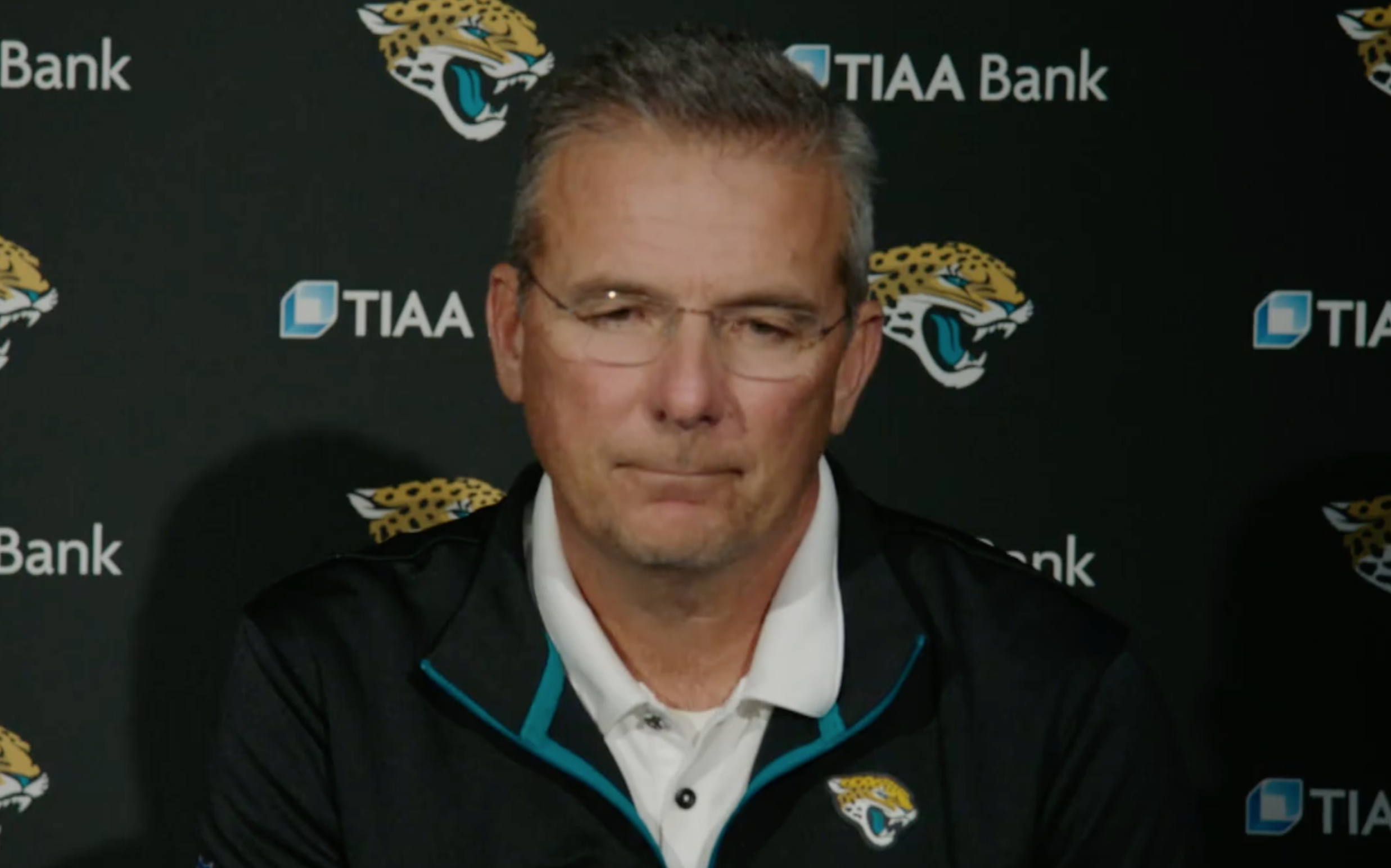 A lawsuit was filed on Tuesday against the Jacksonville Jaguars by former kicker Josh Lambo, who alleged that former head coach Urban Meyer created a hostile work environment during his lone season in the NFL.

According to a report by ESPN, the lawsuit alleges that the Jaguars violated the Florida Private Sector Whistleblower Act and that Meyer, “violated Florida civil, criminal, and employment law concerning assault, battery, and workplace violence in furtherance of an employer’s interests.”

Meyer was fired by the Jaguars on Dec. 16 following a 2-11 start to the season and several controversies during his short tenure, including reports that he kicked Lambo in the leg during a preseason practice.

“Hey dips***, make your f***ing kicks,” Meyer reportedly told Lambo before kicking him, to which Lambo responded, “Don’t you ever f***ing kick me again.” Meyer then allegedly claimed, “I’m the head ball coach. I’ll kick you whenever the f*** I want.”

Following the incident, Lambo’s ability to sleep, practice and perform his duties at a high level were all impacted, according to the lawsuit, and that he suffered “extreme emotional and mental distress.”

Lambo eventually lost his starting job after missing his first three field goal attempts of the season and was released by the Jaguars on Oct. 19. The lawsuit claimed that Meyer had threatened to release Lambo after he defended himself following the kicking incident.

“(If) you ever speak to me like that again, you’ll be out of here,” Meyer allegedly told Lambo. “You’re the first player I’ve ever let speak to me that way in my career, and if you do it again, you’re gone.”

Lambo – who was released last season with one year remaining on his contract – is seeking any back pay owed, damages and other legal fees. As part of the lawsuit, the Jaguars are being asked to provide any documentation regarding team investigations into Meyer’s workplace behavior and any instances of, “objectionable, abusive, violent, or hostile actions by Urban Meyer with respect to other employees, coaches, and players.”

The former Ohio State head coach accepted the head coaching position in Jacksonville after previously retiring from coaching due to health issues. Between his time coaching the Buckeyes and with the Jaguars, he appeared for two seasons on FOX’s Big Noon Kickoff, and Meyer indicated in April that he intends to return to the network.