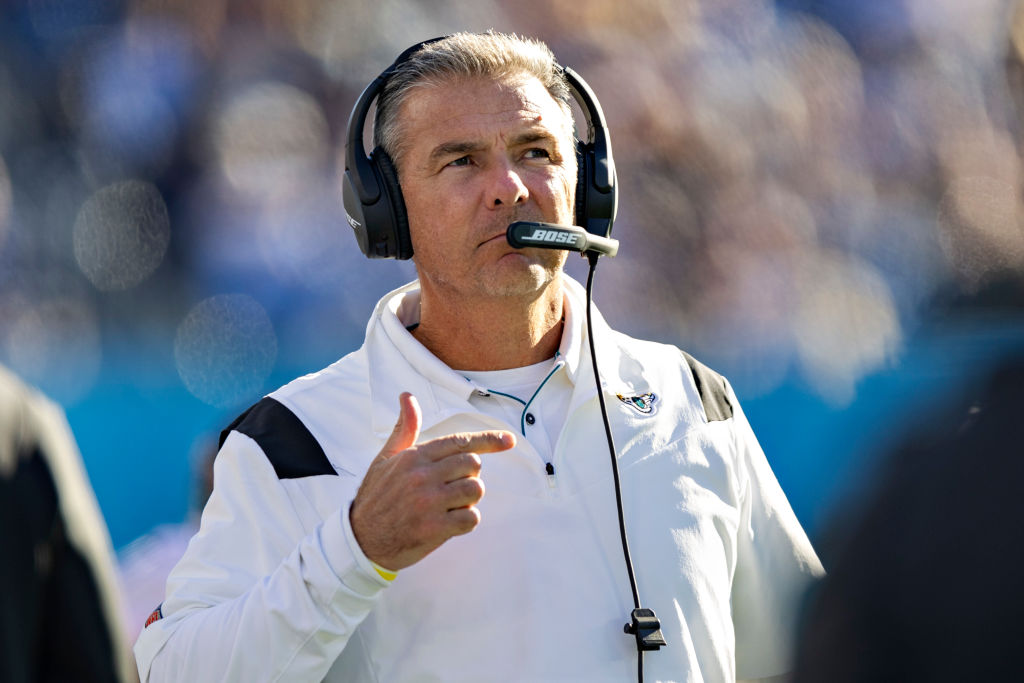 After less than a year with the Jacksonville Jaguars, the NFL organization parted ways with former Ohio State head coach Urban Meyer on Thursday morning.

ESPN’s Adam Schefter first confirmed the news, stating that Meyer would no longer be the Jaguars’ lead man after spending the first 13 regular-season games with the Florida-based team.

Meyer signed a five-year contract with Jacksonville, but tensions between the ownership, front office and him built after weeks of poor on-field production and numerous off-field issues. He finished his short tenure with a 2-11 record in the 13 games. With Meyer out, the Jaguars will turn to Darell Bevell to serve as the interim head coach for the remainder of the 2021-22 season.

The Jaguars released an official statement detailing the organization’s decision to fire Meyer and move on with Bevell as the interim:

“After deliberation over many weeks and a thorough analysis of the entirety of Urban’s tenure with our team, I am bitterly disappointed to arrive at the conclusion that an immediate change is imperative for everyone I informed Urban of the change this evening.  As I stated in October, regaining our trust and respect was essential.  Regrettably, it did not happen. Trent Baalke continues as our general manager and will work with Darrell to ensure that our team will be inspired and competitive while representing Jacksonville proudly over our final four games of the season. In the spirit of closure and recharging our players, staff and fan base, I will not comment further until some point following the conclusion of the NFL season.”

Khan made the decision hours after former Jaguars kicker Josh Lambo told a Florida newspaper that Meyer kicked him during practice in August. It was the latest black eye for a national championship-winning college coach.

Meyer joins former Atlanta Falcons coach Bobby Petrino as college coaches whose NFL careers flamed out swiftly. Petrino resigned in December 2007 to take a head coaching position at Arkansas. He was 3-10 at the time.

The Jaguars started to unravel offensively after their “bye” week. They averaged a mere 9.1 points in Meyer’s final seven games, which ended in a five-game losing streak.