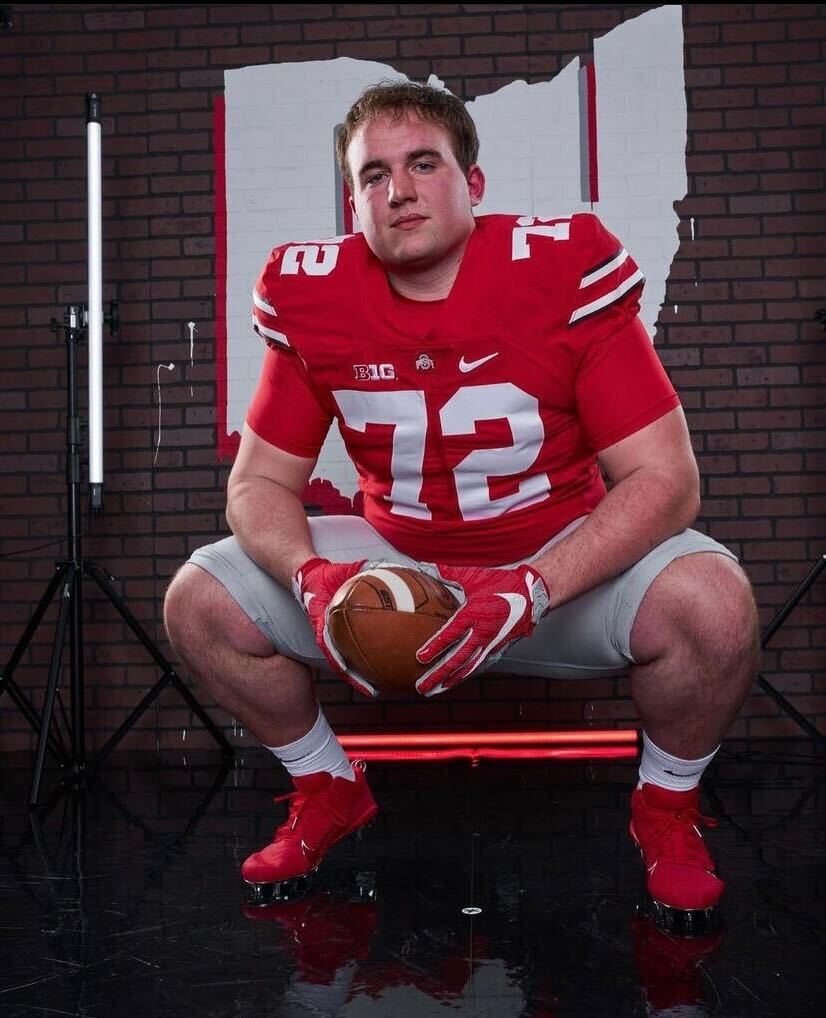 Ohio State’s new offensive line coach Justin Frye has only been on the job for a few months, but he’s already secured his second commitment for 2023. Middletown (Ohio) Lakota East four-star Austin Siereveld (6-5, 315) announced Wednesday that he is committing to the Buckeyes.

Siereveld is the No. 351 overall prospect in his class and the No. 20 interior lineman, and is also the No. 7 prospect in Ohio. He chose Ohio State over Alabama and Notre Dame, his other top schools.

He made several visits to Ohio State last season and was offered while attending the Buckeyes’ matchup with Penn State on Oct. 30. He then returned twice in the spring, visiting on March 21 and attending Ohio State’s spring game on April 16.

“It was home for me from the beginning,” Siereveld said during his commitment ceremony. “I just want to compete and hopefully play as soon as possible and make the guys better in front of me and behind me, and hopefully we win a natty.”

In addition to football, Siereveld plays basketball at Lakota East. Those skills noticeably transfer to the gridiron where he is quick on his feet despite his size (fourth-heaviest among the top-20 interior lineman). He helped anchor an offensive line for the Thunderhawks last season that helped its running backs average 5.7 yards per carry and score 30 combined touchdowns.

“(He’s a) high school offensive tackle who is going to move inside at the next level,” 247Sports recruiting analyst Allen Trieu said on CBS Sports HQ. “He gives you versatility at all three positions.”

His commitment is the third on the offensive line for Ohio State in 2023, joining Huber Heights (Ohio) Wayne four-star Josh Padilla (6-4, 265) and Findlay, Ohio, four-star Luke Montgomery (6-5, 280). This also gives Ohio State four of the top seven prospects in Ohio, along with West Chester Lakota West four-star safety Malik Hartford, who committed to the Buckeyes in March.