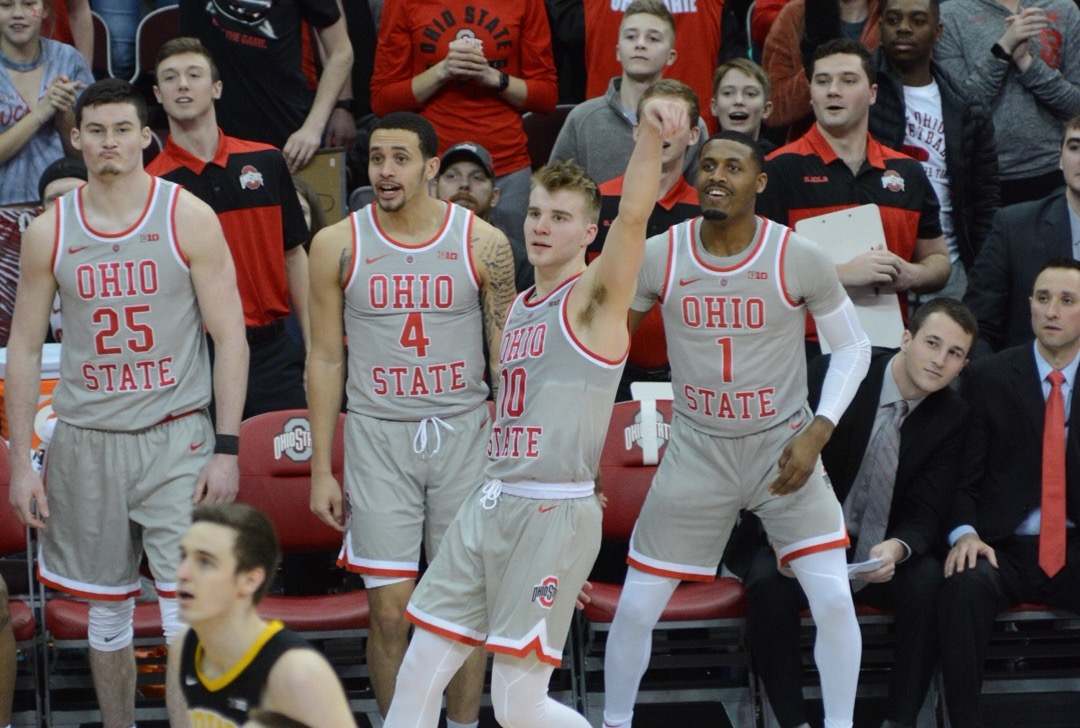 As of Tuesday morning, Ohio State freshman Justin Ahrens had scored a total of 38 points – that’s 2.1 per game over 18 contests with just one start.

He got his second career start Tuesday night when the Buckeyes hosted No. 22 Iowa and ended up with 29 points – not far off from doubling his season total in a single game. Ahrens was 7 of 11 form the field, 6 of 10 from deep and a perfect 9 for 9 from the free-throw line in 30 minutes while sparking Ohio State to a 90-70 win over the Hawkeyes.

The victory will likely go a long way toward keeping Ohio State’s postseason hopes alive, and it put Ahrens in the record books as well with one of the best freshman performances in program history. The Versailles, Ohio, native’s 29 points are good for a tie for the sixth most by a freshman in Ohio State men’s basketball history. He equalled the mark reached by JaQuan Lyle against Indiana in 2016, Greg Oden vs. Iowa in 2007 and Michael Redd vs. Northwestern in 1998.

Ahrens also tied the freshman record for made three-pointers. Russell connected on six shots from deep three times during his freshman season, including two 6-for-6 performances.