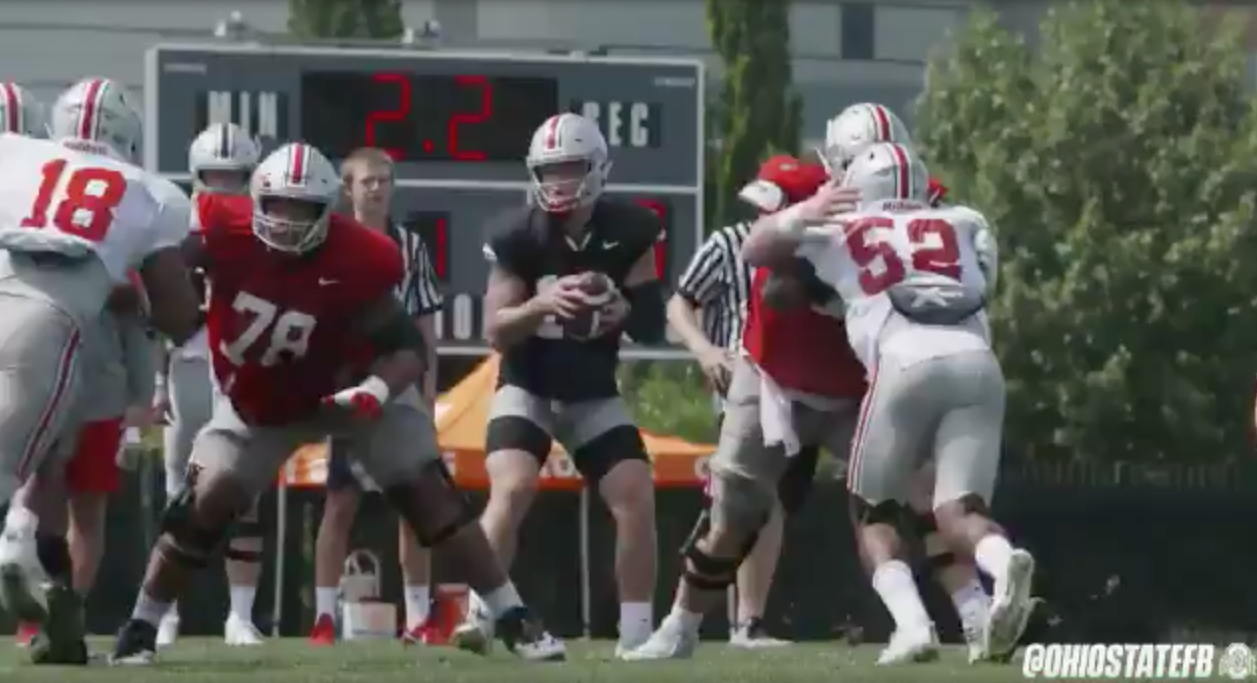 After Ohio State only opened fall camp Tuesday to the media, the Buckeyes went back to work Wednesday at the Woody Hayes Athletic Center for their fifth practice — the first in full pads.

OSU continues to prepare for the 2018 season without head coach Urban Meyer, who is under investigation by the university, while the press remains closed out of camp until further notice.

From individual drills to the 11-on-11 period, which Buckeyes did what?

With rain in the forecast, OSU initially started its morning practice at the Woody Hayes Athletic Center on the indoor turf field. Offensive coordinator and quarterbacks coach Ryan Day, who is Ohio State’s acting head coach, led a circle drill between a pair of freshmen in H-back Jaelen Gill and cornerback Cameron Brown.

At least for what BSB was able to see Tuesday, Day spent practice with his position group. However, he took on Meyer’s role Wednesday in the middle of the circle drill.

When practice moved to the outdoor grass fields, individual drills evidently led to 1-on-1 battles between Buckeyes on both sides of the line.

Last but not least, Ohio State showed one play from its 11-on-11 period with a variation of starters and backups in first-team units for the offense and defense.

Based on where they were during and after the play in the video, Buckeyes on both sides of the ball were scattered across the field.