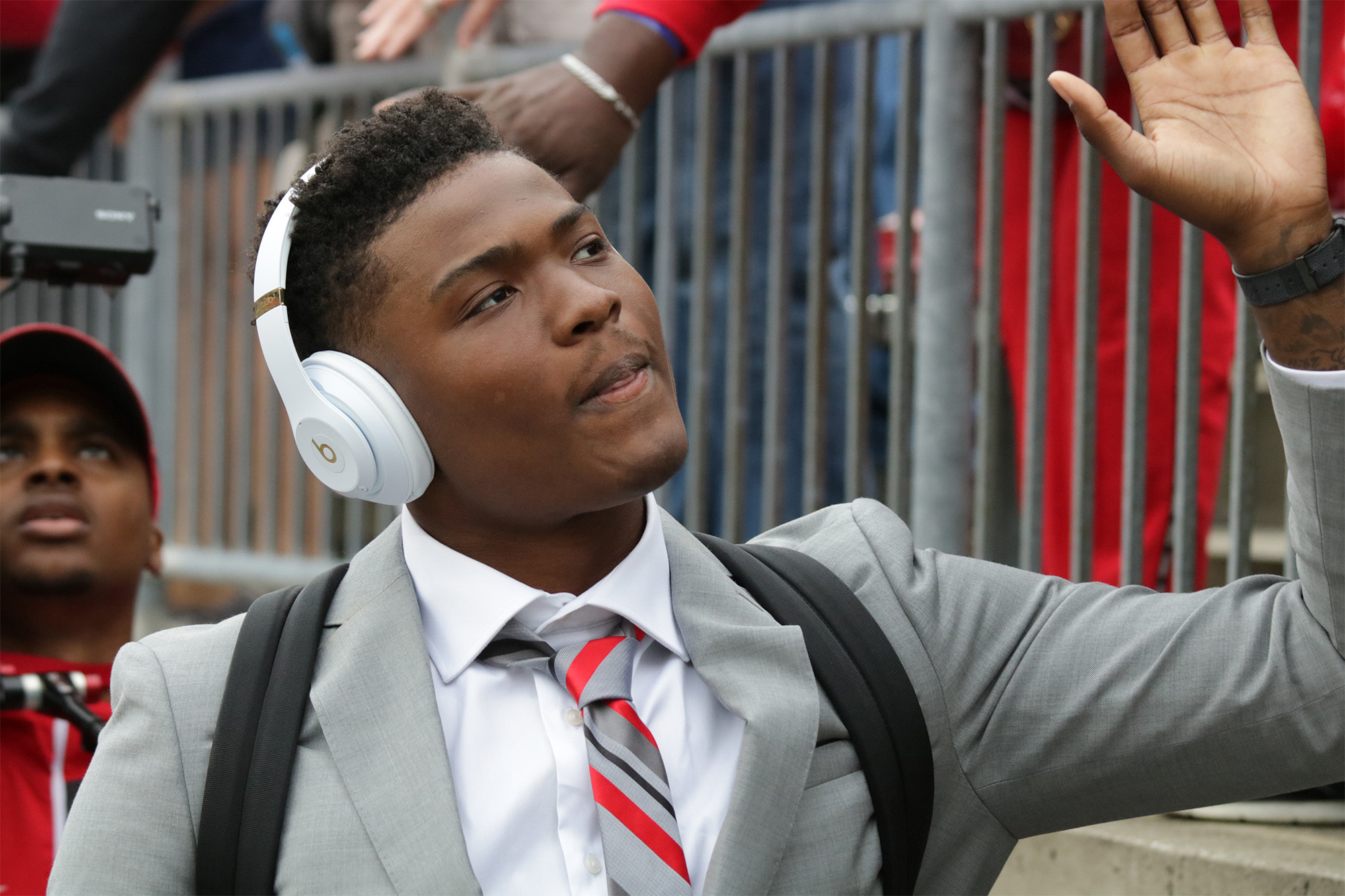 Ohio State sophomore quarterback Dwayne Haskins was named the Big Ten’s co-offensive player of the week Monday after throwing for five touchdowns in the first half of a 49-6 win over Tulane on Saturday.

Against the Green Wave, Haskins – making just his fourth career start – completed 21 of 24 passes for 304 yards and those five scores without throwing an interception. The five touchdowns are tied for his career high, set in the season opener against Oregon State, and he didn’t take a snap in the second half. Haskins’ completion percentage of 87.5 was good for the third best in program history for a single game.

So far this season, Haskins is 87 of 115 (75.7 percent) for 1,194 yards and 16 touchdowns to just one interception. His completion percentage and touchdown totals rank second in the nation, while his yardage total is best in the Big Ten.

This Saturday, Haskins is set to make the first true road start of his career when the No. 4 Buckeyes travel to University Park, Pa., to face No. 9 Penn State. Kickoff is scheduled for 7:40 p.m. at Beaver Stadium, and the game will be broadcast on ABC.