Haskins: ‘I’ll Be Fine’ Leaving For NFL Or Returning To Ohio State 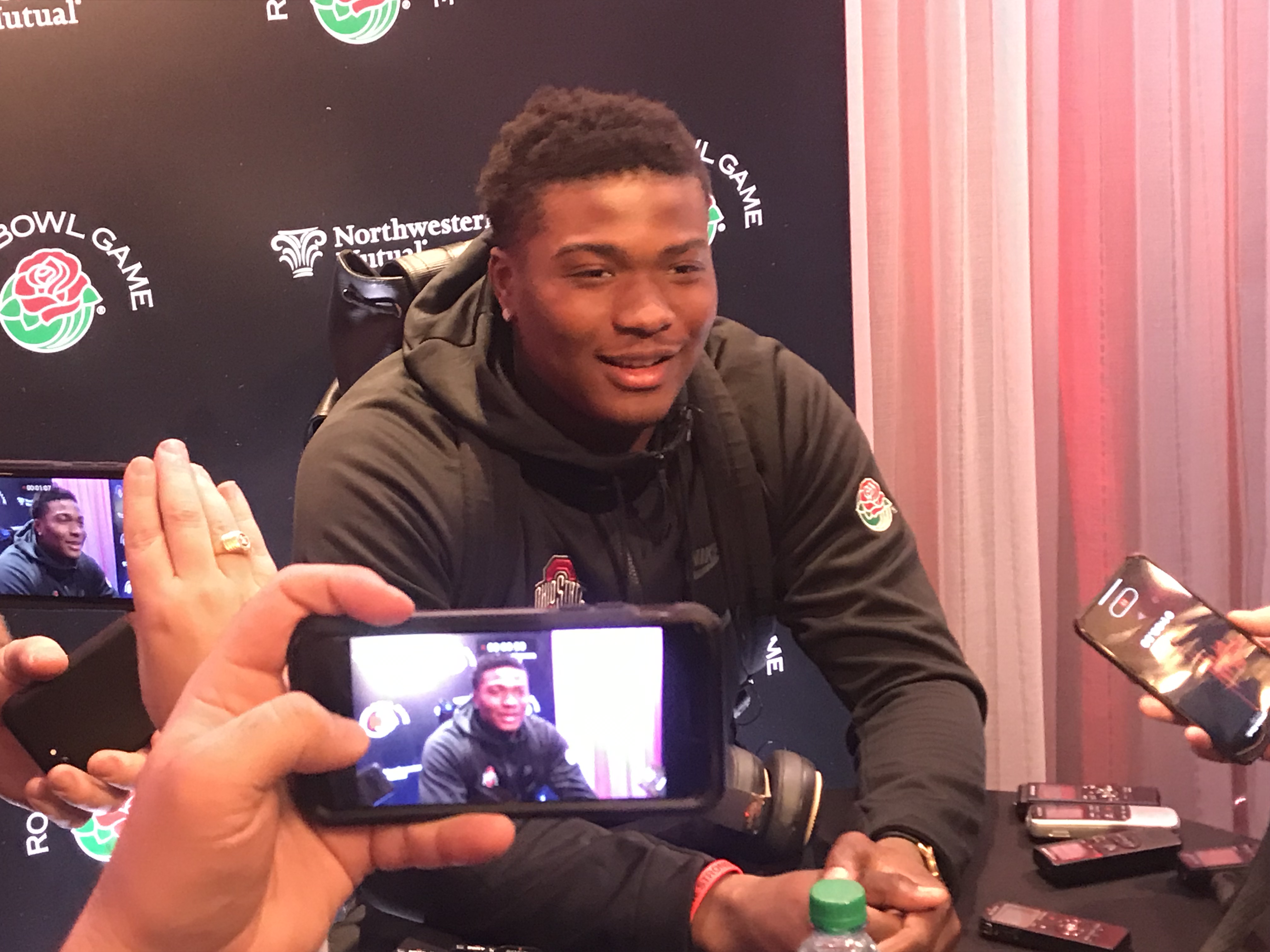 LOS ANGELES – Dwayne Haskins has probably made up his mind.

The Ohio State quarterback who is set to wrap up his first season as a starter in the Rose Bowl on New Year’s Day is poised to be the first signal caller taken if he declares for the NFL draft. He’ll be a surefire first-round prospect – probably a top-10 pick and make even the No. 1 overall selection.

The general expectation is that Haskins will, in fact, leave for the NFL after his third-year sophomore season concludes, but the Potomac, Md., native hasn’t made any decision public yet. In fact, he said Saturday that he’d can see the positives to either decision.

“The pros and cons (don’t) outweigh each other with staying or leaving, so I’ll be fine either way,” he said. “The biggest thing is just what do I want to do? So that’s what I’m trying to figure out.

“I feel like I’ll be fine staying or coming back.”

Haskins has already set basically every major single-season passing record at Ohio State, and most of the single-game records as well. Through 13 starts, he has racked up 348 completions on 496 attempts (70.2 percent) for 4,580 yards and 47 touchdowns to just eight interceptions. In an Ohio State offense that was generally known for grinding out yards on the ground for more than a century, that kind of production was unprecedented in Columbus.

It wasn’t a fluke, though. Even before this season, Haskins had flashed the arm talent that is likely to make him a first-round pick whenever he decides to leave for the NFL. Now he’s had the chance to put that talent tape for a full year. He knows the opportunity that is waiting for him with the chance to play football on a professional level well within reach.

“I’m just excited to be in a position to make a decision,” Haskins said. “A lot of people dream about playing in the NFL and people don’t really get to achieve that – I’m one of the few people that gets to – so I’m just taking it all in.”

That’s the public line at least. Haskins is almost certainly leaning one way or the other already, and all signs point toward him leaving for the NFL. But he has some time still, and one more game to play before making a final choice.