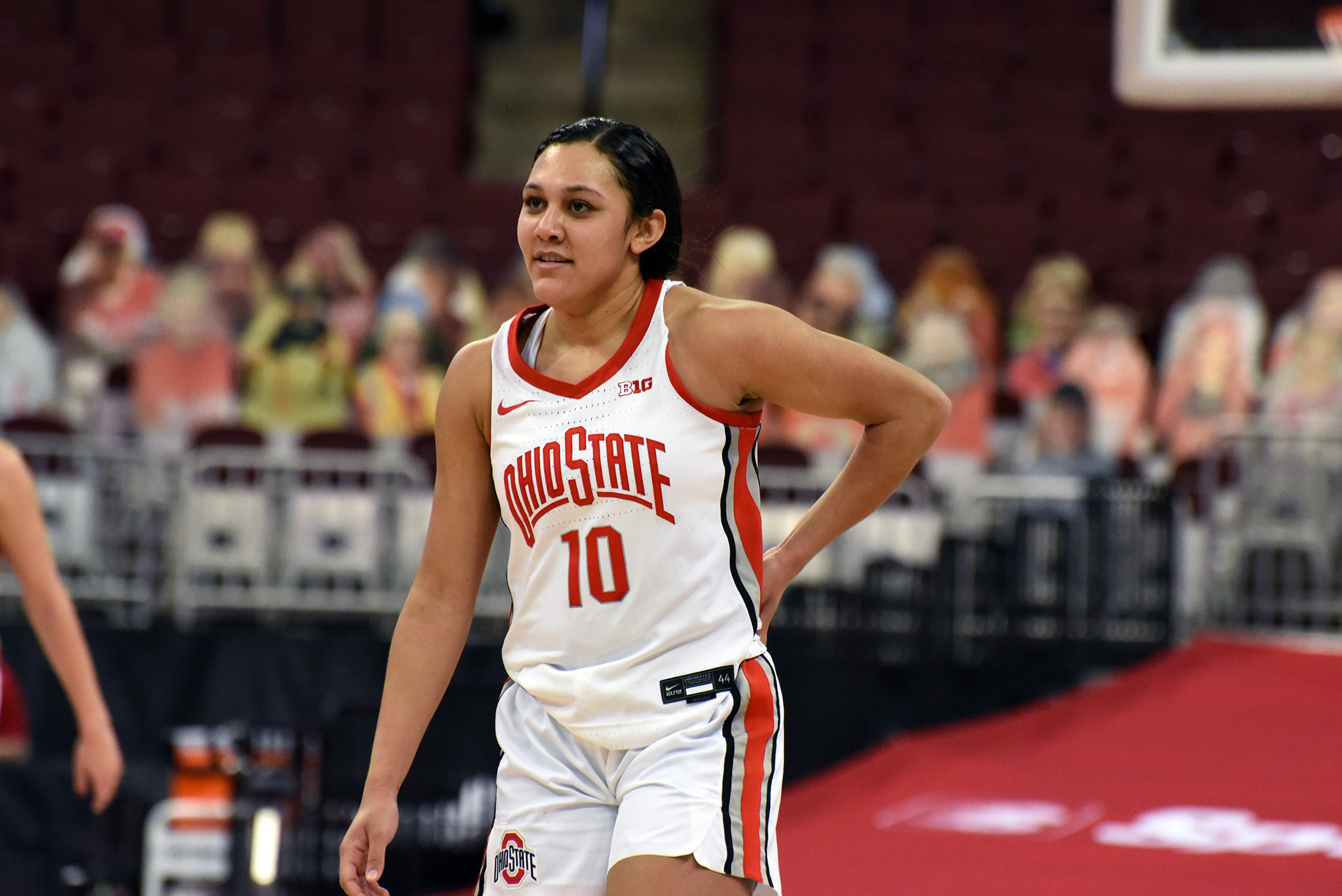 Ohio State senior guard Braxtin Miller announced in a Zoom call following an 87-75 loss to Indiana that she will be returning to the Buckeyes next season, utilizing her free year of eligibility given by the NCAA for the 2020-21 campaign.

“I don’t really know when I made that decision,” Miller said. “I think literally one day in an interview I said ‘Yeah, I’m going to do it,’ and I even remember being like ‘I probably shouldn’t have said that,’ but I don’t know, I haven’t feel like it wasn’t a good move since I did that.

“I just think that it’s best for me, especially with the climate of the world right now with everything that’s going on, I don’t see a reason to rush out of here with how much of a struggle everything is at the moment anyway. I love my team, my teammates, coaches, I love the university, so I just didn’t see really any cons of not coming back.”

Miller, a former transfer from Oklahoma State, has played and started in 18 games this season, leading the team with 34.2 minutes per game. She is averaging 11.1 points, 3.4 rebounds and 3.1 assists per game while shooting 38.4 percent from the field and 37.1 percent from three.

She is also second on the team in steals (30) and assist-to-turnover ratio (2.29), trailing only Jacy Sheldon (32) and Madison Greene (2.32) in those respective categories.

“It’s significant because she’s obviously got great experience and leadership and that’ll carry over to next year,” head coach Kevin McGuff said on Miller’s decision to return. “I think could really help us have a great offseason as well.”

With her announcement, Ohio State has only one player, Tanaya Beacham, who would be set to depart from the team as a fifth-year senior, though she is also eligible to return with the added year by the NCAA. Neither Beacham nor Miller were honored at Ohio State’s senior day against the Hoosiers.