Gene Smith’s Attorney: “2 Great Men Fell On The Sword For A University They Dearly Love” 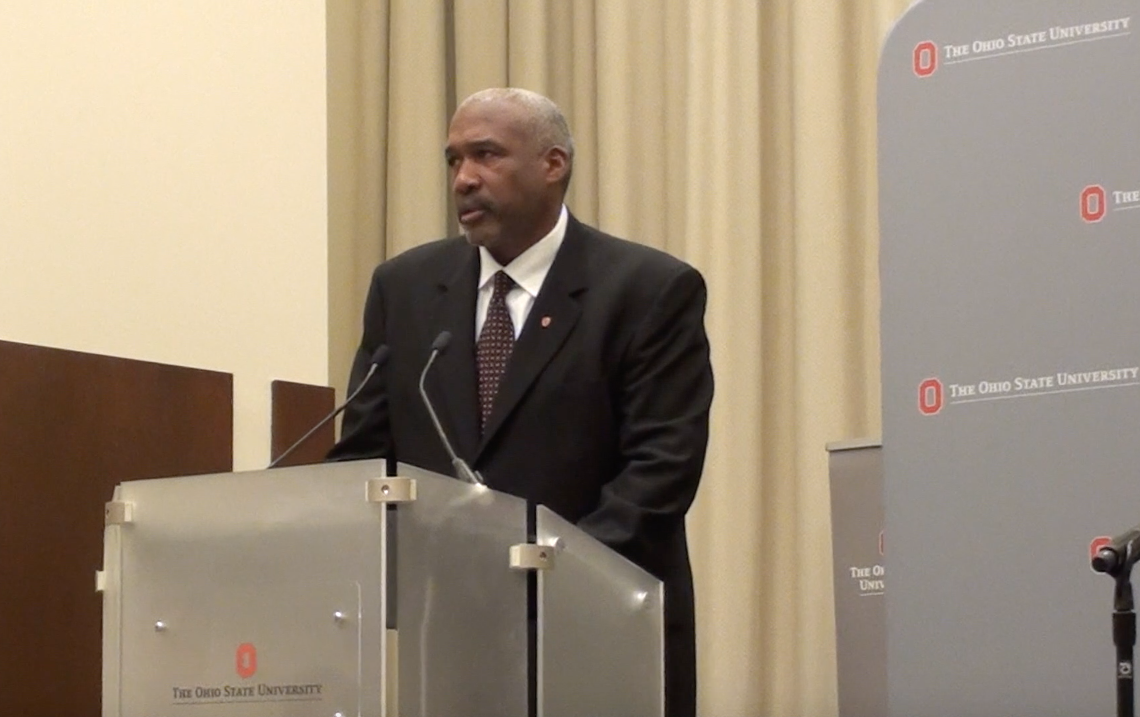 Ohio State athletic director Gene Smith’s attorney, Rex Elliott, spoke out on the university’s investigation involving his client and Urban Meyer in a Facebook post published Thursday afternoon. In the wake of Ohio State’s announced suspensions without for Meyer (three games) and Smith (Aug. 31-Sept. 16), Elliott said the “two great men fell on the sword for a University they dearly love.”

After a 14-day process, the university’s board of trustees and independent investigative team concluded a 23-page report with revelations regarding how Meyer and Smith handled recurring issues, including allegations of past domestic violence, against former wide receivers coach Zach Smith.

Elliott, who co-founded Columbus law firm Cooper & Elliott in 1995, stated his stance “as a lawyer deeply involved in the investigation on behalf of Gene Smith.” Critical of how Ohio State handled the investigation, he said his client and Meyer “don’t deserve public flogging” in the lengthy statement below.

“The biggest problem in this OSU matter is the rush to judgment and the erroneous reporting of details by some irresponsible media and the amateur reporting of false information on social media. So, as a lawyer deeply involved in the investigation on behalf of Gene Smith, I am compelled to simply state the facts.

“The investigation was commenced to determine 2 issues: did OSU cover-up domestic violence and did Urban lie to the media in furtherance of a cover-up. After an exhaustive investigation that involved 40 witness interviews and thousands of documents, the investigators who were searching for information to enable them to answer these questions yes, answered them both NO.

“But to justify the 500k investigation, you have to find something. The facts established that Gene Smith learned fo the 2015 allegations and immediately pulled Urban off the practice field to inform him and ordered the Assistant back to Columbus not to Ohio State but to go directly to the Powell police to answer their questions.

“He then discussed the matter with the Title XI Compliance Official and Public Safety liaison and Human Resources and he ordered OSU police and OSU officials to monitor the Powell investigation. No OSU official can interfere in a criminal investigation or take steps to make it appear they are influencing an investigation. Powell concluded there was no evidence to support the allegations and we now know this person made false reports on other ocassions.

“But the investigation had to find something so they said Gene and Urban should have reported it to Compliance. Really? Compliance handles NCAA matters not domestic violence.

“And try as they might investigators could not find any evidence that Urban lied to anyone. They concede that Urban was confused by the question and thought he was being asked the same thing he was asked the day before when someone suggested Zach Smith had been ‘arrested’ for domestic violence which to this day has never occurred. Despite digging deep, the investigators concluded Urban misspoke and did not lie to anyone.

“So, why the sanction? Well, isn’t it obvious? The country was lathered into a frenzy based on erroneous information and a long delay and OSU needed to appease the lynch mob that had formed as soon as the unproven allegations were made.

“As a result, two great men fell on the sword for a University they dearly love. And both men faced a room full of reporters and admitted they failed in their duties to better manage and react quicker to a troubled employee even though they had no idea about the information that has since come out about some of the things he may have been doing.

“Those are the facts.

“Two men who don’t deserve the public flogging but who agreed to take one for the team so this great University can move forward with all of its amazing athletic and academic initiatives. Sorry for the length of this and I am not looking fore (sic) debate. Just waned (sic) to make sure the facts are straight.”

In a separate Facebook post published Thursday evening, after the initial statement circulated heavily throughout social media, Elliott later clarified that the remarks were not issued on behalf of his client.
“For clarification on my post today about the OSU situation,” Elliott said. “This was my effort and mine alone to clarify some misinformation out there. It was not authorized by Gene Smith or anyone else at Ohio State. I do not want anyone out there thinking my views are the views of anyone at Ohio State or that Gene or anyone else asked or authorized me to post those sentiments.”