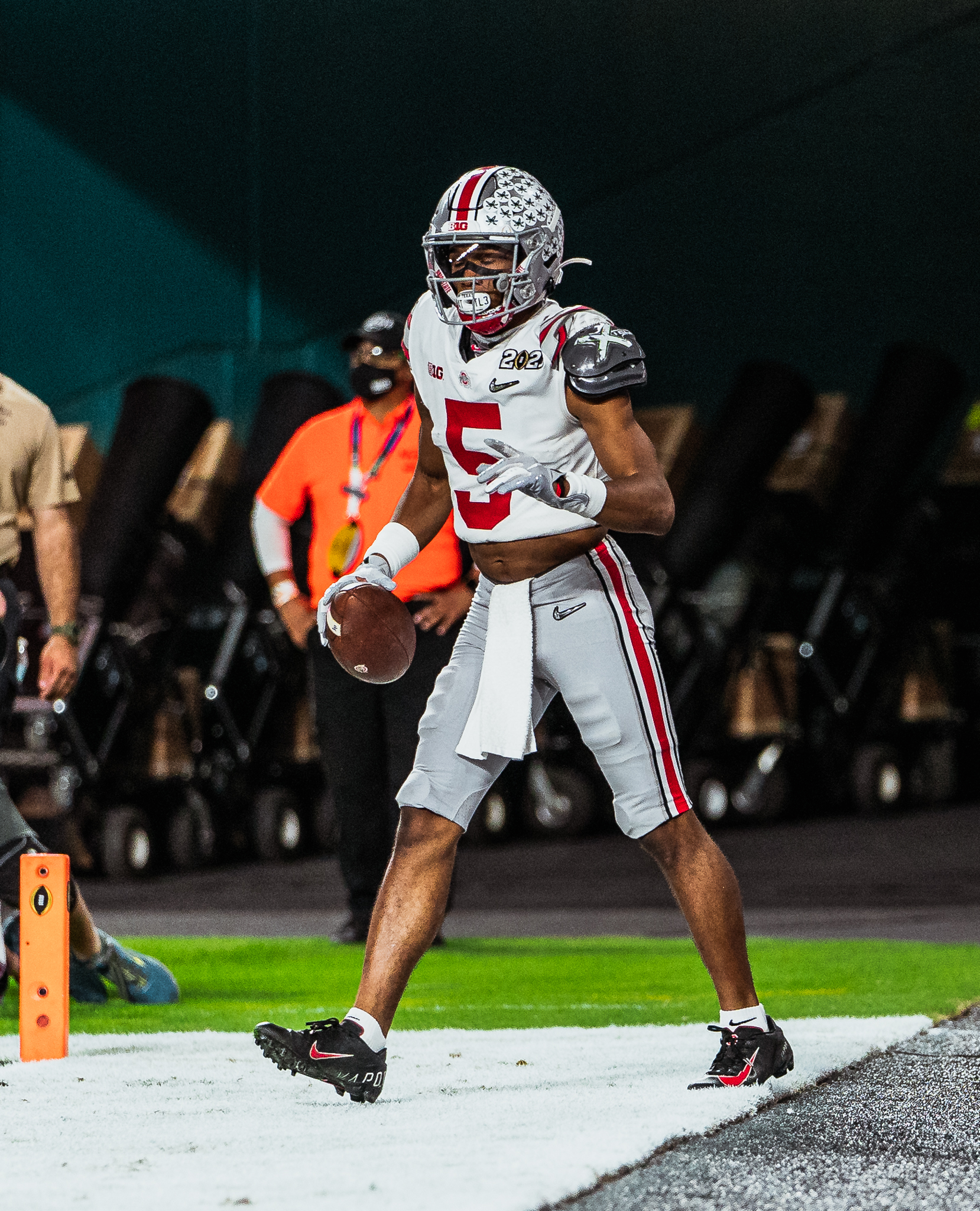 Garrett Wilson enjoyed an impressive sophomore season, bringing in 43 catches for 723 yards and six touchdowns, all totals that were second on the team to Chris Olave.

He did so working primarily from the slot as an inside receiver, but Wilson told the media Thursday that the plan is for him to move back outside at the X position heading into the 2021 season.

“I’m going to be at X, so it’s outside receiver, most of the time back side of the strength of the formation, and I think it’s really good for my development,” Wilson said. “It’s a little bit harder to get off press and stuff like that from that outside when you’re singled up, so I just think it’s really good for my development to tie in playing slot last year and then bringing in with playing outside this year and just being able to build my skillset to be able to play both. Personally, I want to be someone that you could put anywhere on the field, but next year I’m going to be outside.”

Wilson will likely often be paired outside with Olave, someone that the junior receiver said he was not expecting to be back for this upcoming season with Olave being draft eligible after the 2020 campaign.

“I’m not going to lie, yeah I was surprised,” Wilson said. “When you’re as good as Chris, you think those dudes get gone, so I was surprised, but whenever he had told me, I knew that we were going to be, hopefully, right back where we were last year with a chance to compete for everything we want. We expect to have one of the best rooms in the country, and having Chris back, that’s going to be a huge part of that.”

With Wilson moving outside, that will be leaving room for someone else to step into the slot receiver role. That could very well be Jaxon Smith-Njigba, who hauled in 10 receptions for 49 yards and a touchdown in his true freshman season.

Wide receivers coach Brian Hartline said Thursday that he has been impressed with what he’s seen from Smith-Njigba this spring, especially in areas past just being a strong threat in the pass game.

“Jaxon has done a great job spring-wise,” Hartline said. “He started out hot, had a day where he had to catch his breath, and he’s been on fire since. I think he’s doing a great job, I think that he may be our best blocker in the room. His blocking on the perimeter, his desire, his physicality is much-needed in our room, and he’s probably the best one at it. He’s a pleasure to coach.”

There are plenty of other names that could be in for some major playing time, with Julian Fleming entering his second season and Emeka Egbuka and Marvin Harrison already losing their black stripes as early enrollees. But Ohio State will have two known entities as their primary outside weapons in 2021, and that should help whoever is at quarterback when the Buckeyes open the season at Minnesota.