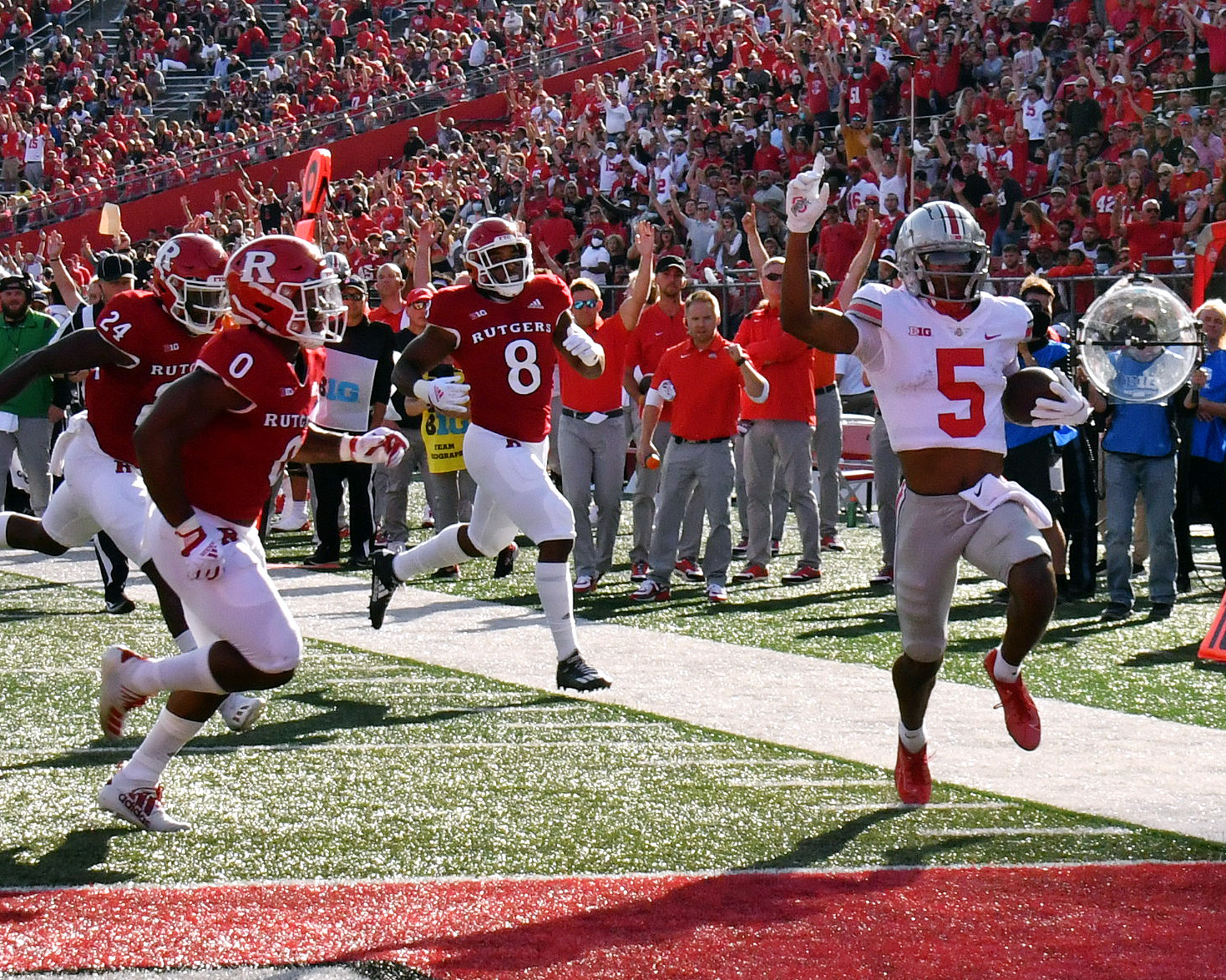 Garrett Wilson is off to the NFL, taken by the New York Jets with the No. 10 overall selection in April’s draft, but he still took time recently to acknowledge his alma mater and the work being done by Ohio State’s wide receivers.

“It’s a great room there,” Wilson said on The Pivot Podcast. “It’s probably the best room that you can ask for. Everyone is different.”

Wilson – along with fellow draftee Chris Olave and Jaxon Smith-Njigba – dominated college football last season as one of the best receiving corps in the country. Given the combined experience among those three, it would stand to reason that they – along with wide receivers coach Brian Hartline – help to teach the next generation of wide receiver at Ohio State.

While those lessons surely do happen, Wilson said there was a major lesson he was able to take away from one of Ohio State’s newcomers this past season.

While fans might not see how Harrison spends his time on a day-to-day basis, the work and effort put in was clear this past season. After a slow start to the year with just five appearances and five receptions to his name after the regular season, he exploded in Ohio State’s Rose Bowl win over Utah.

The then-freshman finished with six receptions – three going for touchdowns – for 71 yards, and was Ohio State’s second-leading receiver on the day behind Smith-Njigba, who rewrote the record book for the Rose Bowl and Ohio State with 347 yards and three touchdowns on 15 receptions.

Wilson also praised sophomore receive Emeka Egbuka, who will be in the top three or four of Ohio State’s rotation this season and should also factor into the return game, where he threatened to return multiple kickoffs last season.

“Emeka Egbuka comes in the room and does 20 reps of the bench press the first day,” Wilson said. “I couldn’t even do 225 (pounds) one time.”

Wilson and Olave heard their names called in this year’s draft and Smith-Njigba will almost certainly be one of the top picks in the 2023 NFL Draft, and it will be time sooner rather than later for Harrison and Egbuka to start making that push as well, likely beginning this season.