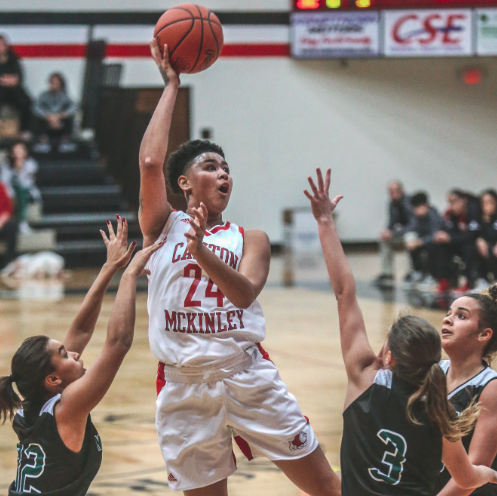 James, who was Ohio’s Mr. Basketball from 2001-03 at Akron St. Vincent-St. Mary before he embarked on his NBA career with the Cleveland Cavaliers in 2003-04 as the draft’s No. 1 overall pick, is the only three-time honoree of the boys’ award.

“I give it all to God,” Bell told Joe Scalzo of the Canton Repository. “God put me on this earth for a reason. He gave me a good talent and a gift, so I owe it back. I put it all on the floor and tried to use that gift.”

Since she committed Aug. 25 to the Buckeyes and signed Nov. 16 as the headliner for head coach Kevin McGuff’s 2019 recruiting class, which finished fourth nationally in ESPN’s rankings, Bell carried her scholastic squad to a 25-2 record culminated by an appearance in the regional championship game.

In her time with the Bulldogs, all Bell did was win. She led McKinley to a 93-14 record with three district titles and one regional title.