Full Complement Back At Linebacker 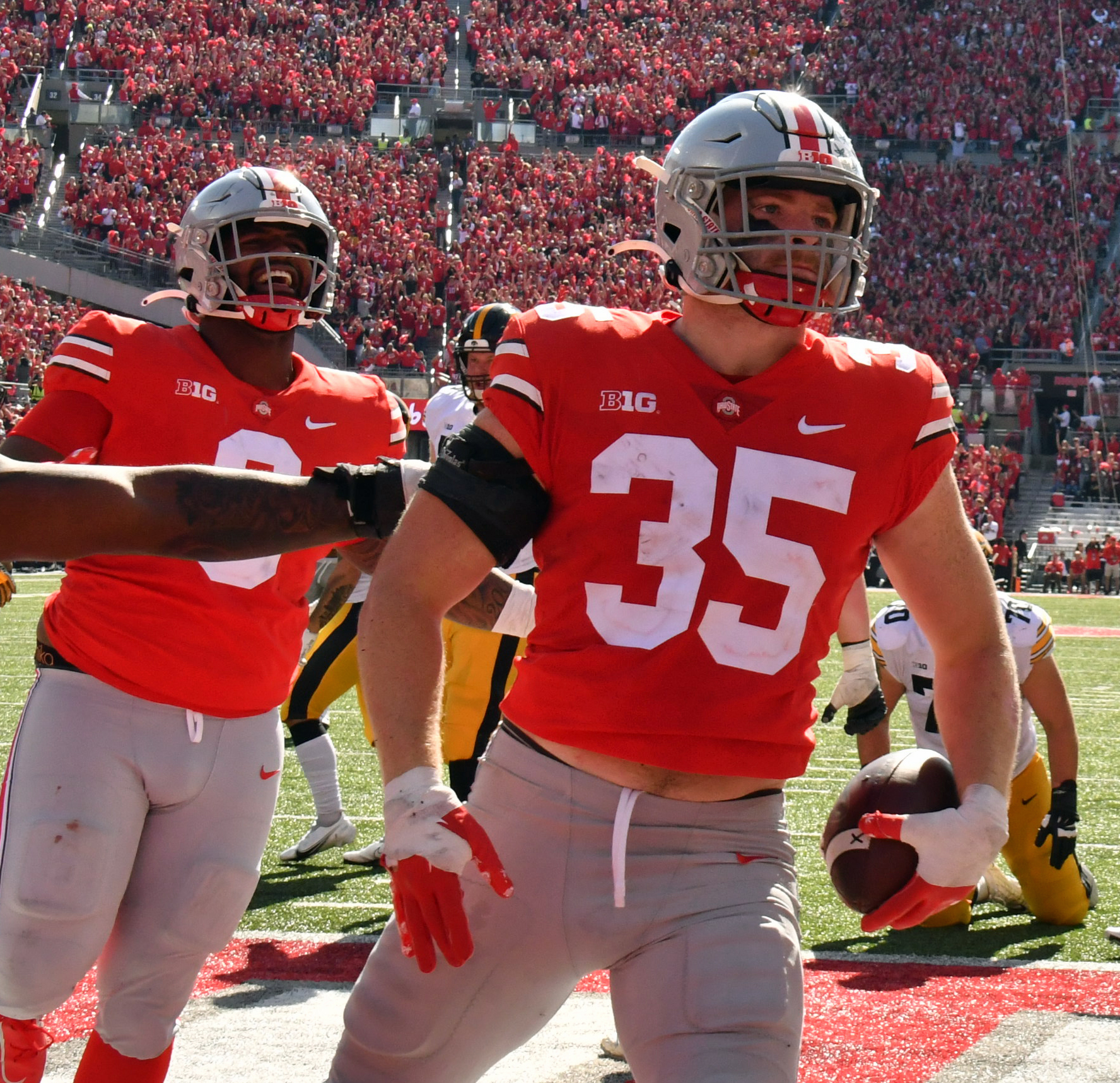 On a defense facing few personnel questions given the amount of production that returns in 2023, linebacker may pose the least of them.

Ohio State’s duo of fourth-year starting linebackers Steele Chambers and Tommy Eichenberg both announced their returns for a fifth season, Chambers ending any speculation prior to the Peach Bowl Dec. 31 and Eichenberg announcing his intention to stay Jan. 15.

“After a lot of consideration and thought, I’ve decided to return for a final season at Ohio State. Back to work. Go Bucks,” Eichenberg said in a brief Instagram post.

Eichenberg and Chambers were both on the field for a vast majority of the team’s important defensive snaps in 2022, and they produced like it. Eichenberg logged 120 tackles, the most by any Ohio State player since linebacker Joshua Perry had 124 in 2014, with 12 tackles for loss and 2½ sacks. Chambers finished second on the team with 77 takedowns, adding 6½ tackles for loss and two sacks of his own.

Rising fourth-year Cody Simon, the go-to option of defensive coordinator Jim Knowles when the Buckeyes went to three linebacker sets or on rare plays when Eichenberg or Chambers needed a rest, even racked up 32 tackles and returns in 2023. So does graduate Palaie Gaoteote IV.

Indeed, the only loss from the room to date is graduate Teradja Mitchell, who never rose to a level above special teams contributions in 2022. Mitchell is transferring to Florida.

Plus rising fourth-year Chip Trayanum may switch back to the defensive side of the ball after switching to running back midway through last season.

All this to say, there’s a logjam for a talented group of linebackers behind the veterans at top, and that’s in a defense that doesn’t tend to use much of its depth at the position.

C.J. Hicks, a former five-star prospect and top 10 national recruit, is someone who would surely like to contribute entering his second year in 2023. Same goes to fellow 2022 class member Gabe Powers, ranked No. 101 nationally in his own right.

Then the lone class of 2021 linebacker commit Reid Carrico is stepping into his third year as well, ranked No. 87 in his year.

Exactly who sees the field and how much, and how the team manages its rotations could prove important for whether players end up transferring out. But it’s nice either way to know the two starters that locked it down last year are back for one last go-round.