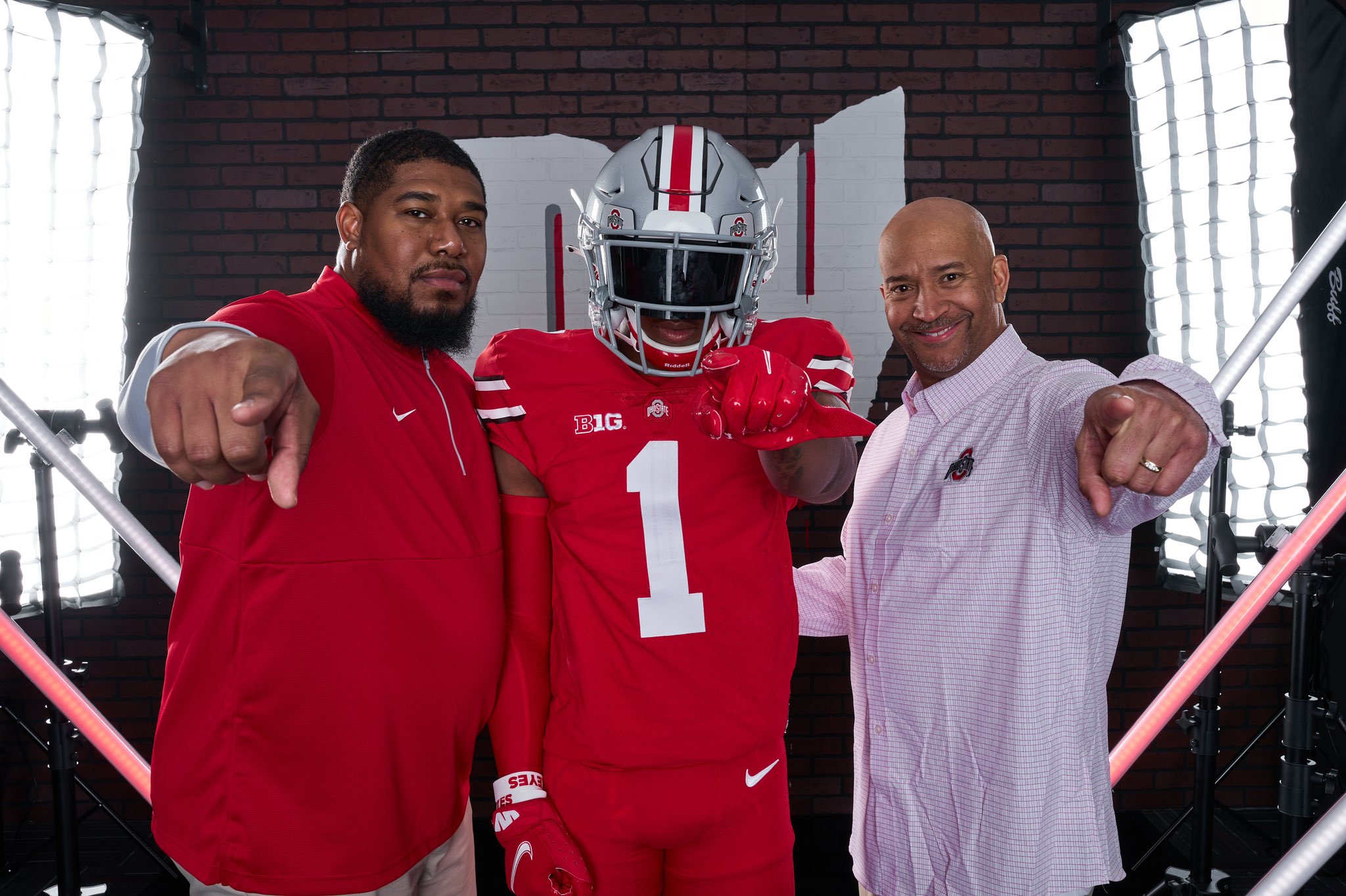 After plenty of momentum on the offensive side of the ball, Ohio State has now gone back to the defense to earn a commitment. Ellewood (Ga.) Cedar Grove four-star cornerback Kayin Lee (5-11, 185) announced Monday that he is committing to the Buckeyes.

Lee is the No. 145 overall prospect and No. 18 cornerback in 2023, committing to Ohio State over Nebraska and Oregon.

Lee was originally a Georgia commit, pledging to the Bulldogs last September, but he decommitted in February and began taking unofficial visits at several schools throughout the spring, including Florida, Florida State, Nebraska and Ohio State.

“He’s a lunchpail type of cornerback that is physical enough to play in the boundary, but also fluid enough to get it done on the field side,” said 247Sports southeast recruiting analyst Andrew Ivins. “He made a name for himself as a sophomore picking off three passes and defending plenty more while competing in the Peach State’s AAA classification.

“He is aggressive with his hands and will put his hip right on a wide receiver. He does a nice job of reading and reacting to what’s going on in front of him and fights off blocks like a veteran and understands how to drop a ball carrier in the open field with sound tackling. He is not the biggest of corners as he measured in at roughly 5-foot-11, 160 pounds the spring before his junior year, but should continue to keep filling out once lifting and eating in college.”

He becomes Ohio State’s second cornerback commitment in 2023, joining Tampa (Fla.) Wharton four-star Dijon Johnson (6-1, 190). Other targets at cornerback include Cincinnati Winton Woods four-star Jermaine Mathews (6-0, 175), who is announcing his college decision on July 1, and Waxahachie, Texas, four-star Calvin Simpson-Hunt (6-0, 175), who the Buckeyes are attempting to flip from Texas Tech.