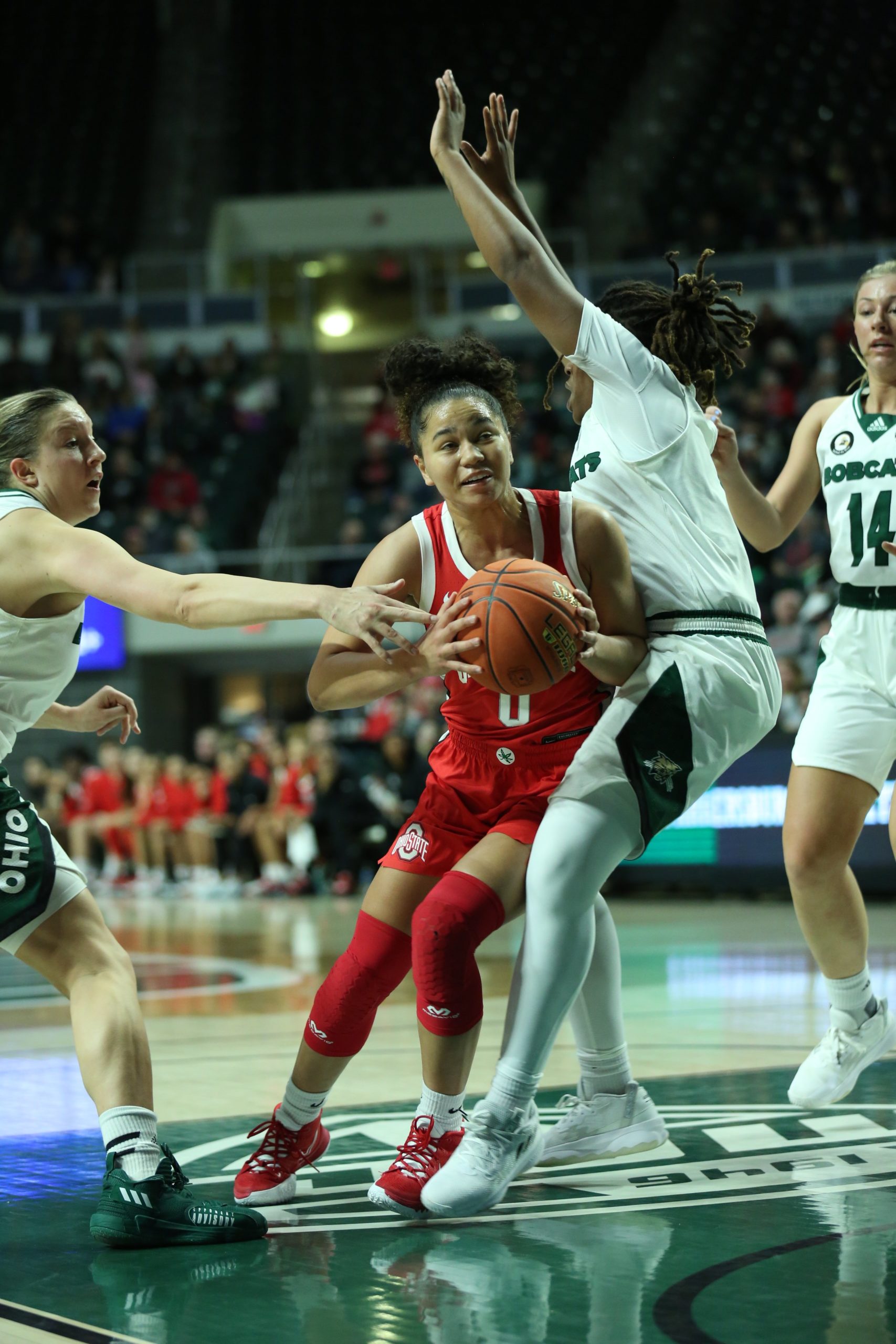 Ohio State moved to 3-0 on Thursday, heading on the road to take down Ohio University in a 86-56 win.

While it was a down shooting night for the Buckeyes, who connected on just 38.0 percent (30 of 79) of their attempts from the field, they still forced 33 turnovers by the Bobcats that resulted in 41 points.

Ohio State took an 11-3 lead midway through the first quarter despite making just four of its first 12 shot attempts, though the Bobcats did not fare much better with just two made baskets through the first six minutes of play. Ohio guard Caitlyn Kroll later hit a three-pointer to make it 11-8, but the Buckeyes closed the quarter on a 7-0 run.

The Bobcats got in better sync on offense in the second quarter, shooting 41.7 percent from the field, but still committed 10 turnovers courtesy of five steals by Ohio State. The Buckeyes led 43-22 heading into the locker room but the deficit would have been worse if not for the effort of Ohio guard Yaya Felder, who had 8 points in the frame – the rest of her team had just 6 points – and finished with a game-high 21 points on 9-of-18 shooting from the field.

Ohio State kept defensive pressure on in the second half while continuing to excel on the offensive end, adding 25 points in the third quarter after which the Buckeyes led 68-35. Guard Jacy Sheldon led the way with 8 points in the frame on 3-of-6 shooting.

Leading by 33 points going into the final quarter, it was mostly a sleepy affair at that point as the Bobcats outscored the Buckeyes 21-18 in the final 10 minutes in the 86-56 win. Ohio State shot just 33.3 percent from the field during the quarter while Ohio shot 46.7 percent.

Nearly the whole roster got in on the action as 11 players ended up scoring in the contest, led by Sheldon’s 16 points on 6-of-19 shooting. Guard Taylor Thierry pulled down a team-high eight rebounds while forward Rebeka Mikulášiková (11 points) and guards Madison Greene (10 points) and Taylor Mikesell (14 points) each finished in double digits.

Ohio State will return home to take on McNeese State on Sunday at 1 p.m.