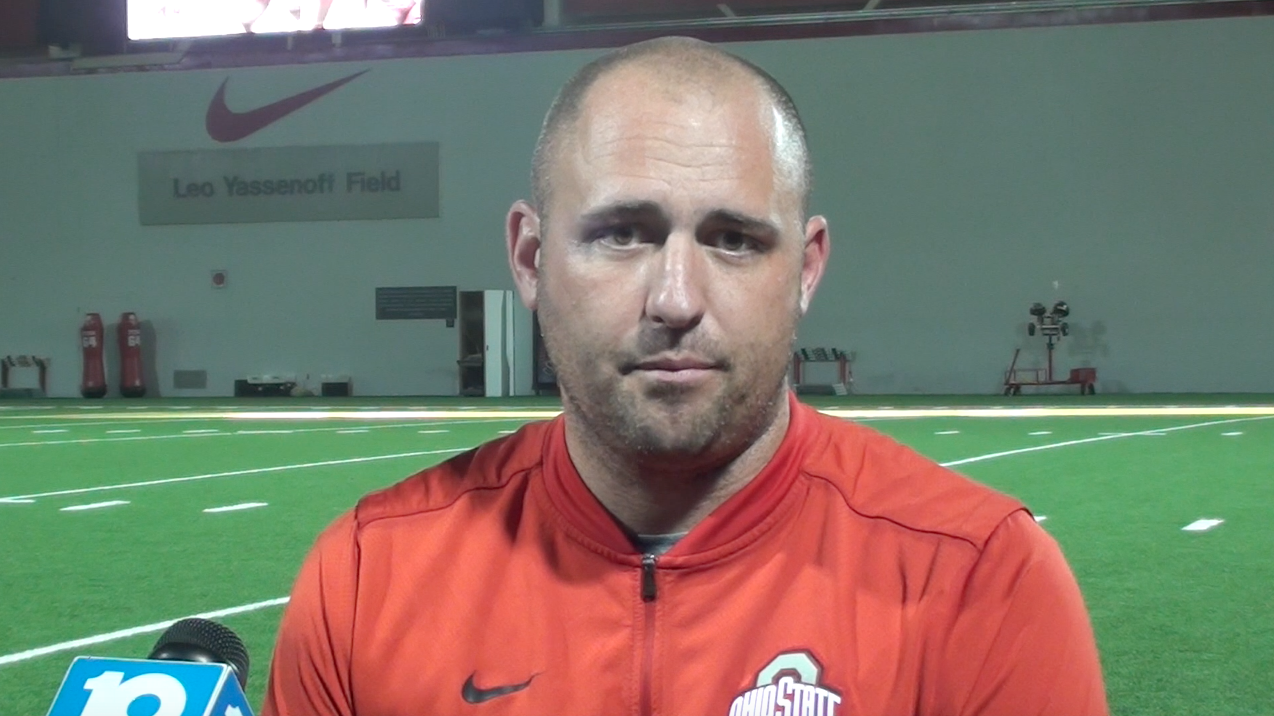 In the first public comments since he was fired from his six-year position as an assistant football coach at Ohio State, Zach Smith told 105.7 The Zone of Columbus that he never domestically abused his ex-wife, Courtney, despite past incidents that were reported in 2009 and 2015.

“The only thing that is absolutely true is I’ve never committed domestic abuse against her,” Smith said. “Now, there were times where things got out of hand and then I had to defensively kind of restrain her and move her and get out of the situation and go sleep at the office or go try to remove myself — that absolutely happened. So I don’t know where those pictures are from, but all I know is what I’ve ever done in our relationship or in my life.”

Smith added that athletic director Gene Smith knew of the allegations in October 2015.

“Now, plenty of people knew about the allegations that was brought to the Powell (Ohio) police,” Zach Smith said. “And so much so that how I found out about it, I was on a practice field, I was out recruiting on a bye week on a practice field and I found out about the abuse because Gene Smith called me and said, ‘Zach, you need to be on the next plane home. Your ex-wife has brought forth domestic abuse allegations and you need to get here and you need to find out what’s going on.’

“It was October of 2015. I don’t know the exact date. It was (well known throughout the university and the athletic department). I think they handled it exactly how they should have handled it. I mean, I don’t know exactly who else they could have alerted but the police were the ones who alerted them.

“So the authorities had already been alerted of the allegations, they’re investigating and I give them credit for the fact that they let this investigation go through and see what the truth behind all of this is. They’ve investigated it and there were no criminal charges. There was nothing that they said that I did wrong that I deserved to be charged. So the case, it just went away.”

Head football coach Urban Meyer released a statement Friday afternoon that acknowledged how he alerted the proper channels, despite his previous comments that said otherwise. Zach Smith said he was unsure of why Meyer initially told the media that he was unaware.

“I don’t know,” Smith said. “To be honest, that’s all confusing to meI don’t know. I think, initially — because when I had heard that he said that at Big Ten Media Days, my initial response was that he was reacting to the storyline that was put out there that I was arrested on felonious domestic abuse which that never happened. I think to him, it was like, ‘What? He got arrested for a felony? I didn’t know about that.’ Because it never happened. So the only thing that I can come up with is, when I heard that, he knew nothing about me getting arrested for some felony. So he said that statement. I don’t know that, though, you’d have to ask him. That was just my reaction.”

Smith said he regrets how things have gone between him and his ex-wife, Courtney, but that he never physically harmed her.

“I regret it — there’s 100 things, 1,000 things that I regret,” Zach Smith said. “When things got volatile, none of them were physical but I was not a good husband. I pushed her buttons. I could make her mad easily and it happened from time to time. There’s a million things that I did wrong, but again, that was between her and I. That’s not anyone else’s business. I wasn’t a great husband and we got divorced because of it. The only thing that needs to be cleared up is the fact that there was never domestic abuse. I never hit her. I never got arrested. I never got charged. It got investigated twice and no charges came about because I didn’t do anything physically to harm her.”