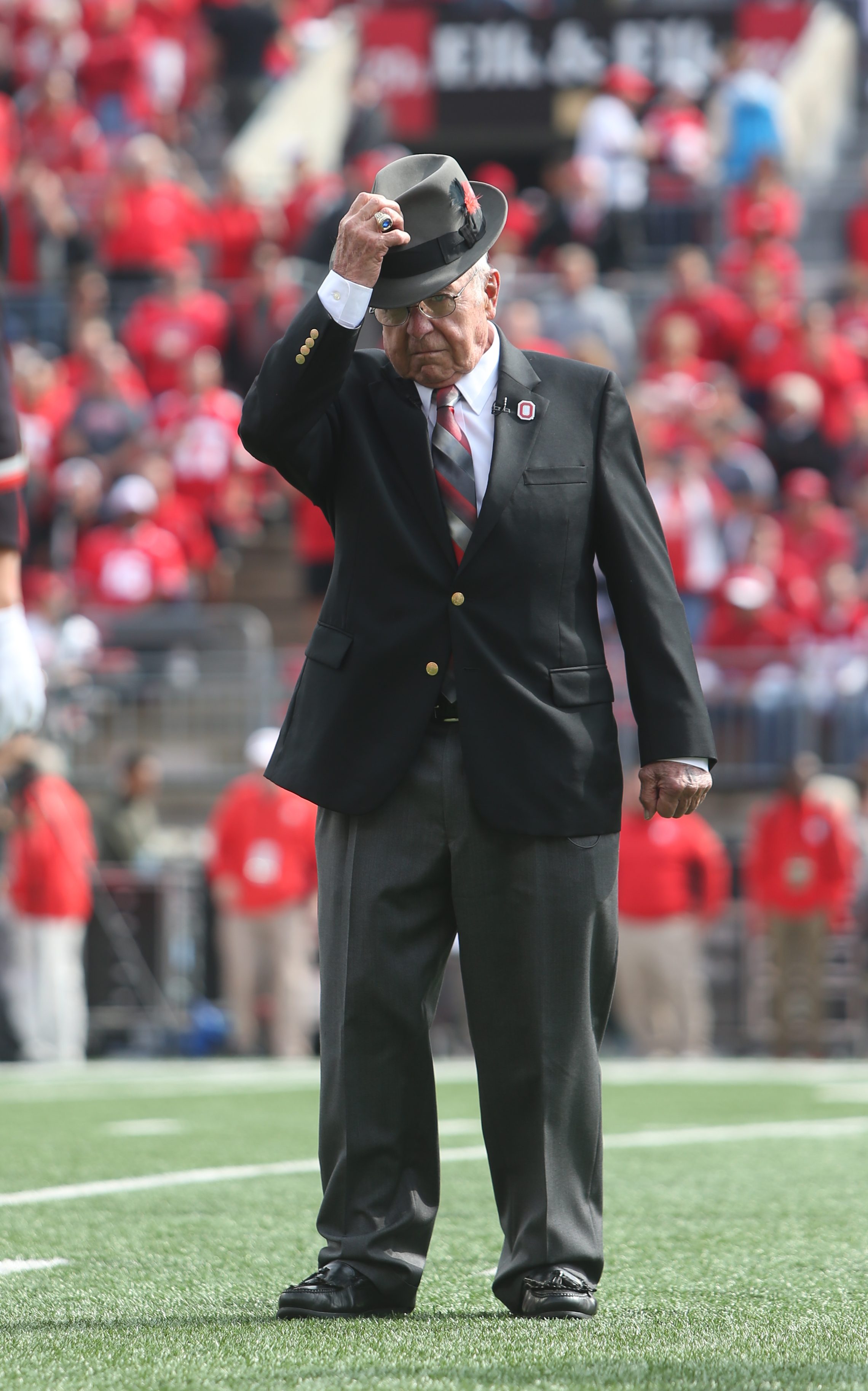 Former Ohio State coach Earle Bruce died early Friday morning at the age of 87, his daughters announced in a statement released through the university.

“It is with great sadness that we announce the passing of our father, Coach Earle Bruce, early this morning, Friday, April 20,” Bruce’s daughters Lynn, Michele, Aimee and Noel said in the statement. “He was a great man, a wonderful husband, father and grandfather, and a respected coach to many. Our family will miss him dearly, but we take solace in the belief that he is in a better place and reunited with his beloved wife, Jean. We thank you for your prayers and good wishes.”

Bruce was a former player, assistant and head coach with the Buckeyes. At the helm across nine seasons from 1979-87, he led OSU to an 81-26-1 record and a 57-17 mark in conference play with four Big Ten titles. In each of his first eight years, he won nine or more games. Ohio State fired Bruce after a 5-4-1 start in 1987, but he went out with a 23-20 win over Michigan to end his coaching career in The Game at 5-4.

After his tenure with the Buckeyes, Bruce became the head coach at Northern Iowa in 1988 before Colorado State, where current OSU head coach Urban Meyer worked with him as wide receivers coach, from 1989-92. Prior to OSU, he served as the head coach at Tampa (1972) and Iowa State (1973-78). Bruce’s career mark at the college level was 154-90-2. He spent subsequent stops in the Arena Football League with the Cleveland Thunderbirds (1994), St. Louis Stampede (1995-96), Iowa Barnstormers (2003) and Columbus Destroyers (2004).

Before he moved up the ranks to head coach, Bruce was an assistant under Woody Hayes (1951-78). Bruce played fullback for the Ohio State freshman in 1950, becoming a student coach for the Buckeyes after a torn meniscus forced the transition.

Last year, his family revealed Bruce was diagnosed with Alzheimer’s. He and his late wife spent time and money raising awareness about the disease, starting the Earle and Jean Bruce Foundation for Alzheimer’s Research Fund in Neurology.