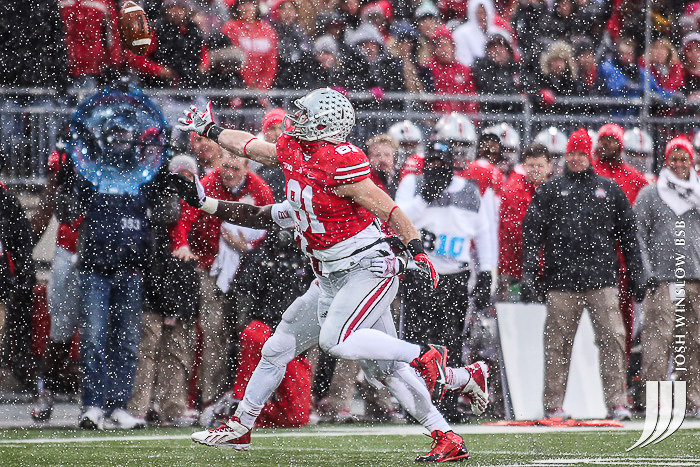 Just a day after being released by the Denver Broncos, former Ohio State tight end Nick Vannett has been signed by the New Orleans Saints, according to NFL Network’s Mike Garafolo.

Vannett started 11 games for the Broncos in 2020, and contributed primarily as a blocker. He finished with just 14 receptions for 95 yards and one touchdown on the season.

Denver drafted a pair of tight ends in 2020 in first-rounder Noah Fant and fourth-rounder Albert Okwuegbunam, both of whom found time over Vannett by the end of the season.

In New Orleans, he will be pairing up with a trio of former Buckeyes: safety Malcolm Jenkins, cornerback Marshon Lattimore and wide receiver Michael Thomas, each of which plays major roles for the team.

Vannett was drafted in the third round, No. 94 overall by the Seattle Seahawks in the 2016 NFL Draft after a four-year career that included 55 receptions for 585 yards and six touchdowns.