Former Ohio State Running Back Trey Sermon Should Be “Good To Go” For Pro Day After Shoulder Injury, Per Report 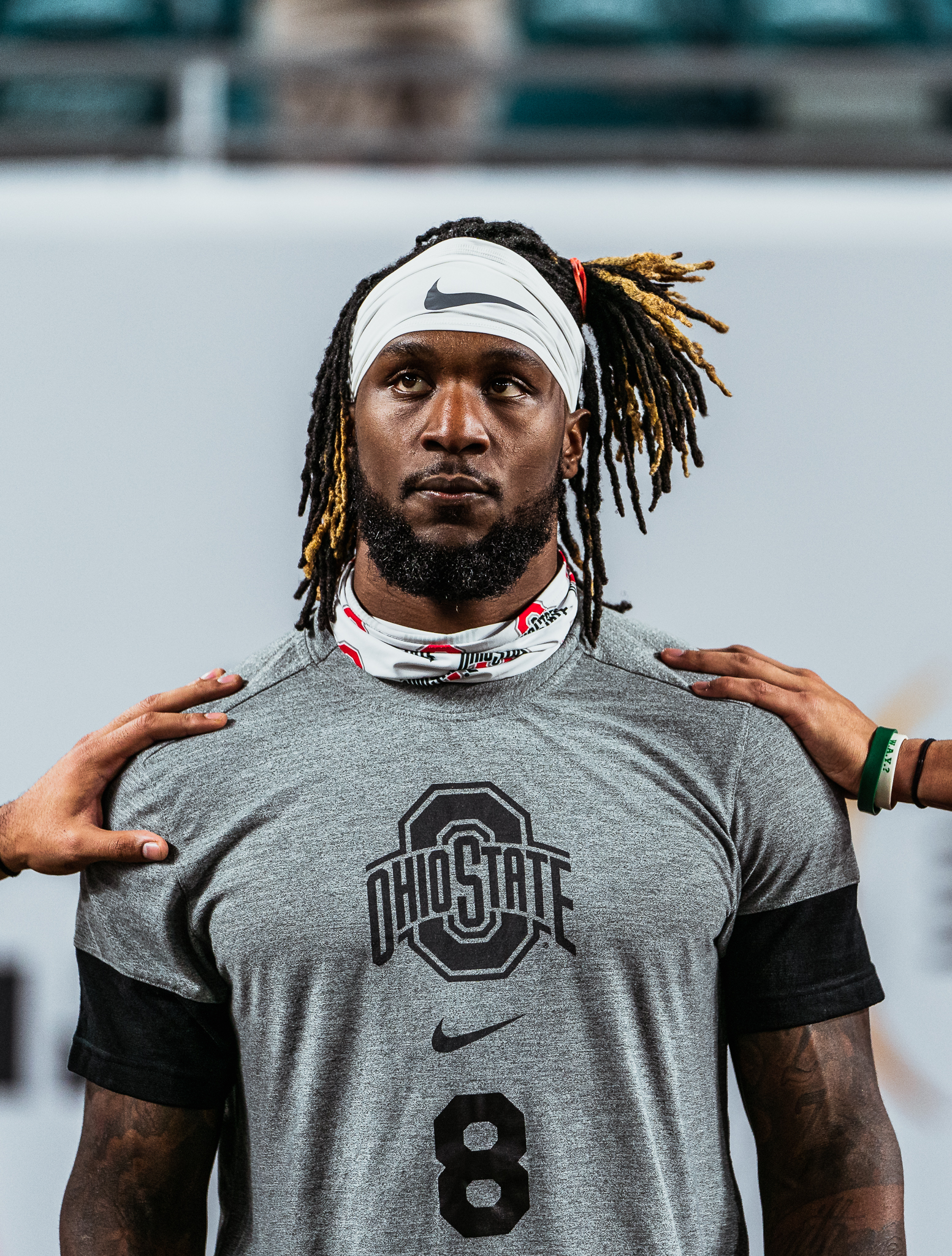 According to a report by Dan Hope of Eleven Warriors, former Ohio State running back Trey Sermon is expecting to be a full participant in Ohio State’s pro day, which takes place in the spring.

Sermon told Hope that he dislocated his SC joint, which forced the senior running back to go to the hospital and have his collar bone popped back into place.

“As soon as that play happened, I kind of knew something was wrong, but I didn’t want to come out of the game,” Sermon told Eleven Warriors. “When it came to the point where I literally had to and I’m leaving the stadium, it hurt a lot, because we work so hard to get there and even myself, I put in a lot of work and I’ve prepared so much and not to be able to play the last game with my brothers, it definitely hurt a lot.”

The former Oklahoma transfer back had previously accepted an invitation to this week’s Senior Bowl, and will still be attending that game to meet with NFL coaches face to face, though he will not be participating in the actual contest. He also said that he should be “good to go” in 3-4 weeks after further rehab of his injury.

Sermon made his impact felt in the back half of his lone season with the Buckeyes, putting together three straight 100-yard rushing performances against Michigan State, Northwestern and Clemson. Against the Wildcats, he broke Eddie George’s program record with 331 rushing yards, then ran for 193 against the Tigers in the College Football Playoff Semifinal

On the season, Sermon rushed 116 times for 870 yards and four touchdowns, while also adding 12 receptions for 95 yards.