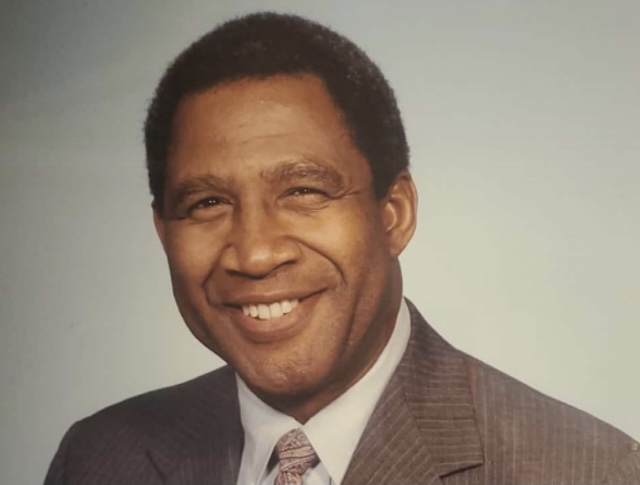 According to a press release from Ohio State, former All-American guard and College Football Hall of Famer Aurealius Thomas passed away on Feb. 5 at the age of 86.

A Columbus native, Thomas played for the Buckeyes from 1954-57. He weighed just 202 pounds, which was considered undersized for a guard in his era, yet was described as someone who had “tremendous technique as a blocker and mobility as a tackler” and “was always able to outmaneuver opponents who were bigger.”

As a senior, Thomas led Ohio State to a 9-1 record. That includes a 10-7 victory over Oregon in the Rose Bowl, after which the Buckeyes were named national champions by the Coaches’ and Football Writers Association polls.

Thomas was selected by the Pittsburgh Steelers in the 22nd round of the 1958 NFL Draft, though he never played in the league. He instead became an assistant coach at Ohio State for the following season before finding his calling as a teacher in the Columbus Public School system, where he taught science and physical education for 20 years. He also coached football for six years, including four at Columbus East and two at Columbus Central, and helped 40 students earn college scholarships during that time.

Later, Thomas spent 16 years at New York Life Insurance before starting his brokerage in Columbus. He was also a very active member of the community as a trustee of both the Varsity “O” Alumni Association and Ohio State University Student Loan Foundation, president of the Columbus Recreation Board, advisor to the Small Business Group for Southern Ohio, volunteer agent for the United Negro College Fund and president of the Columbus Leadership Conference.

Thomas was inducted into the College Football Hall of Fame in 1989 and the Ohio State Athletics Hall of Fame in 1992. He is survived by his former wife, two sons and a daughter, as well as a host of great-grandchildren.