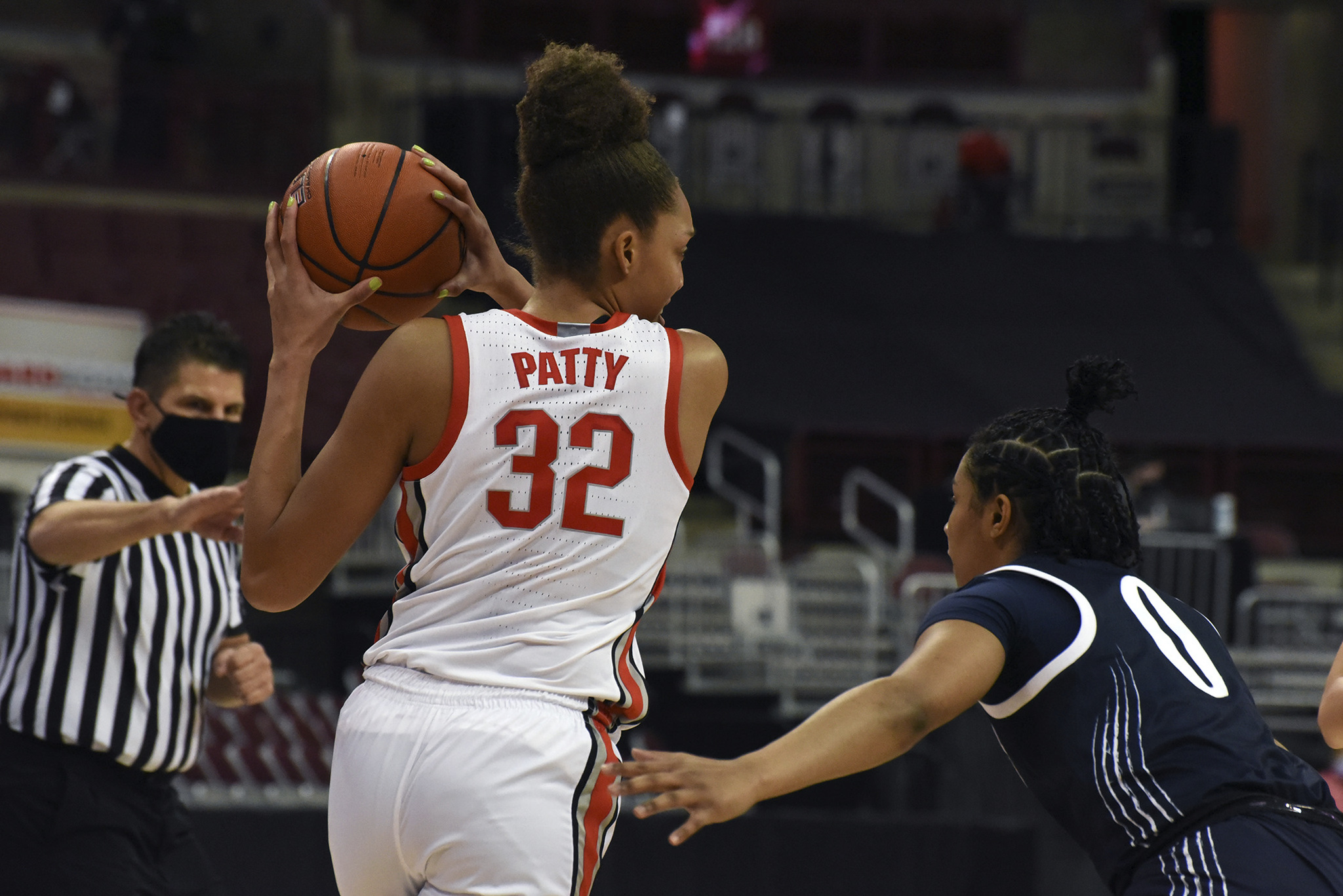 Former Ohio State forward Aaliyah Patty officially announced on Instagram that she will be transferring to Texas A&M.

Patty started in all 18 games she played in last season, finishing the year with 11.5 points and 5.8 rebounds per game. She also had a team-high 21 blocks while shooting 45.3 percent from the field and 37.8 percent from three.

She is the second starting forward to leave the team, with Dorka Juhasz announcing that she was transferring to UConn earlier this month.

The Aggies finished last season with a 25-3 record and made their way to the Sweet 16, but in unconvincing fashion. Texas A&M narrowly escaped Troy in the Round of 64, avoiding the first 2-15 upset in women’s tournament history. After that, the Aggies defeated Iowa State 84-82 before ultimately falling to eventual NCAA tournament runner-up Arizona 74-59.