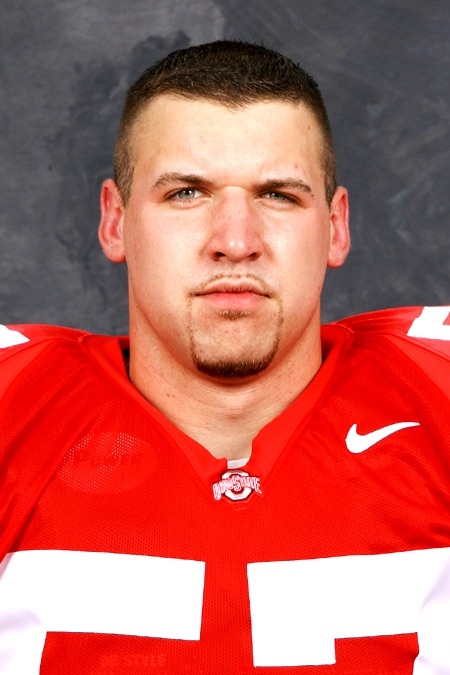 A former All-Ohio Defensive Player of the Year for Highland High School in Medina, Kudla’s first year at Ohio State was in 2002, when the Buckeyes beat Miami (Fla.), 31-24, in double overtime to win the national championship. Upon returning from the game, however, Kudla was diagnosed with Johnson-Stevens syndrome, an immune-system condition in which the body attacks its own mucous membranes.

He eventually recovered from the ailment, but a neck injury and a torn labrum hampered him through much of 2004, his junior season. As a senior, he was named first-team All-Big Ten when he recorded 41 tackles and tied A.J. Hawk for the team lead with 9½ sacks. In 49 games at OSU, Kudla started 19 times, collected 91 tackles and had 14½ sacks. He culminated his collegiate career with three sacks in the 34-20 win over Notre Dame in the 2006 Fiesta Bowl.

He did not get picked in the 2006 NFL draft, but the Pittsburgh Steelers nabbed him as a free agent immediately following the selection process. A hamstring injury on the first day of practice forced him to sit before eventually being cut, though. Kudla then tried out with the Green Bay Packers in January 2007 and with the Miami Dolphins in November of that year.

After things didn’t work out in the NFL, Kudla set his sights on the Arena Football League. The AFL went bankrupt in December 2008, however, and Kudla dropped football altogether.

He became an agent for State Farm Insurance in 2009. Three years later, he was named the managing director of development for the Fisher College of Business at Ohio State. Most recently, he was the owner of Core Plex, where he developed and built medical facilities across America. He also worked with the NFL on proper protocol for Chronic Traumatic Encephalopathy (CTE), a degenerative brain disease found in people who have a history of repetitive head trauma.

“Despite his success on and off the football field, Mike remained humble and was extremely generous with his time and resources,” a portion of Highland Local Schools’ statement read. “He was always willing to share his experience and mentor youth. He was loved and respected by many and will be missed terribly.”