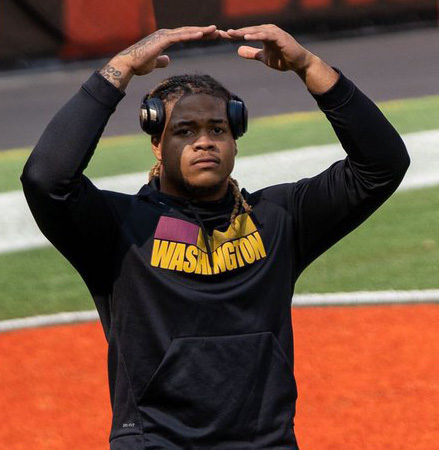 “Washington appears to have dodged a bullet,” Rapoport said. “He’ll have tests to be sure, as the (Baltimore) Ravens loom next week.”

From @GMFB: Washington appears to have dodged a bullet, as pass-rusher Chase Young's groin injury is not believed to be serious. He'll have tests today to be sure, as the #Ravens loom next week. pic.twitter.com/By8b5wzV14

Young, the No. 2 overall pick in April’s NFL Draft, has recorded six tackles and 2.5 sacks in three games with Washington. He went to the locker room following a second quarter tackle of Browns quarterback Baker Mayfield, but returned to the sideline after halftime with his right thigh heavily wrapped to root on his teammates.

“Chase is a high-level energy guy out there,” Washington head coach Ron Rivera said. “He’s a guy who helps spark the organization.”

If Young is unable to play this Sunday against the Ravens (1 p.m. on CBS), Washington will call upon veteran Ryan Kerrigan to start in his place.