Former Ohio State Cornerback Jeff Okudah Selected By The Detroit Lions With The No. 3 Pick In the 2020 NFL Draft 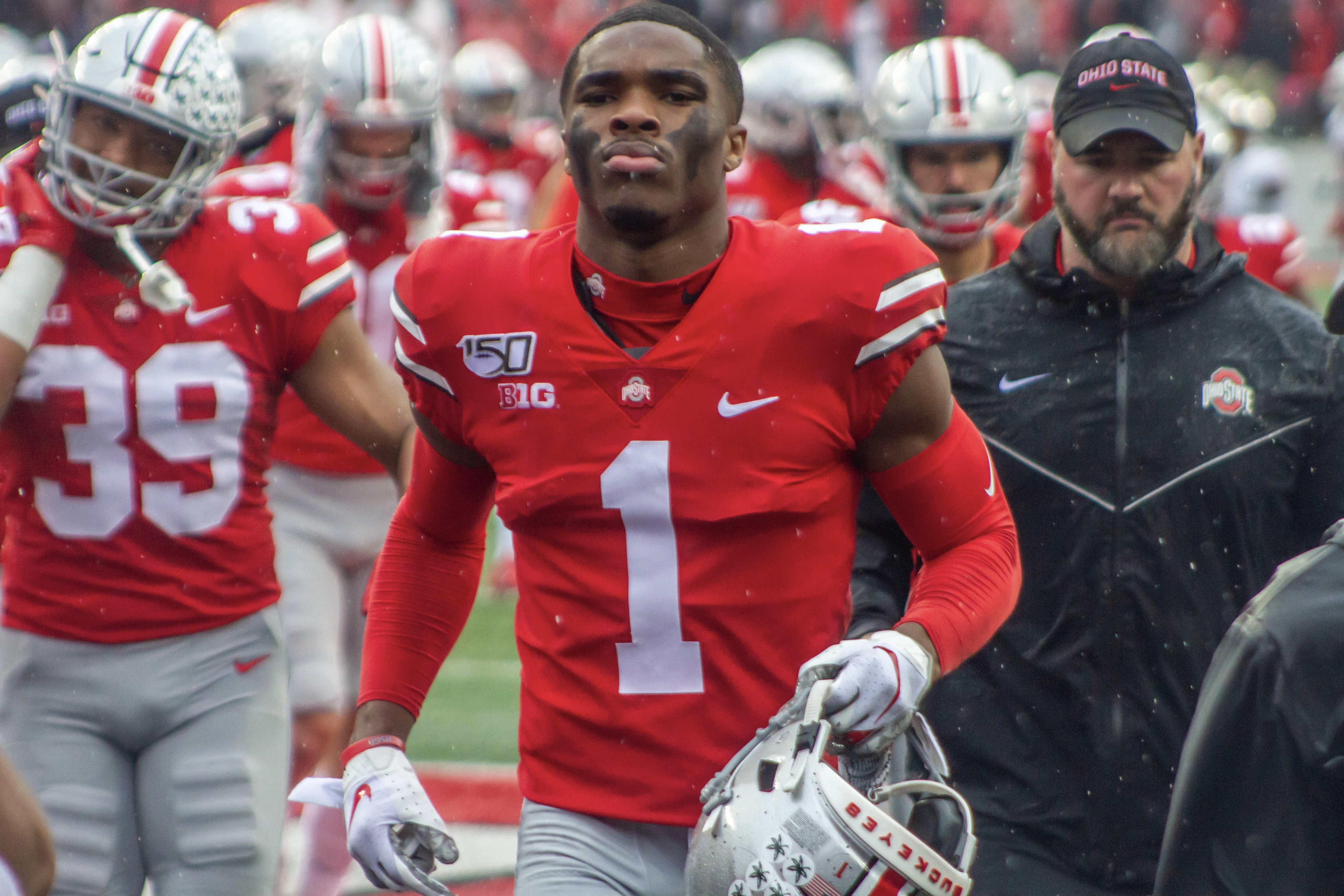 Former Ohio State cornerback Jeff Okudah joins his defensive partner Chase Young, who was picked second by the Washington Redskins, and was selected by the Detroit Lions with the No. 3 overall pick in the 2020 NFL Draft.

Okudah is tied for the highest-selected defensive back in program history, matching cornerback Shawn Springs, who was selected third in 1997. Springs was drafted behind another Ohio State player in offensive tackle Orlando Pace, who went first, making it the only other time two Ohio State players have been drafted in the top three picks in the draft.

Okudah is also the first corner from any program since Springs to be drafted third or higher.

In his first season as a starter for the Buckeyes, Okudah had an All-American season where he finished with 35 tackles (29 solo), nine pass breakups, three interceptions and a pair of forced fumbles. The three picks were the first three of his collegiate career, and two of them came during a 48-7 win against Nebraska on Sept. 28.

He was one of three nominees for the Jim Thorpe Award, which is rewarded to the top defensive back in the country. The honor eventually went to LSU safety Grant Delpit.

Okudah’s first true breakout performance came in his sophomore season, when he had five tackles and a pair of pass breakups in a dominant showing in the Rose Bowl against Washington. Ohio State won that game 28-23.

The star cornerback came to Ohio State as a five-star prospect out of South Grand Prarie, Texas. He was the top cornerback in the 2017 class and No. 8 prospect overall.