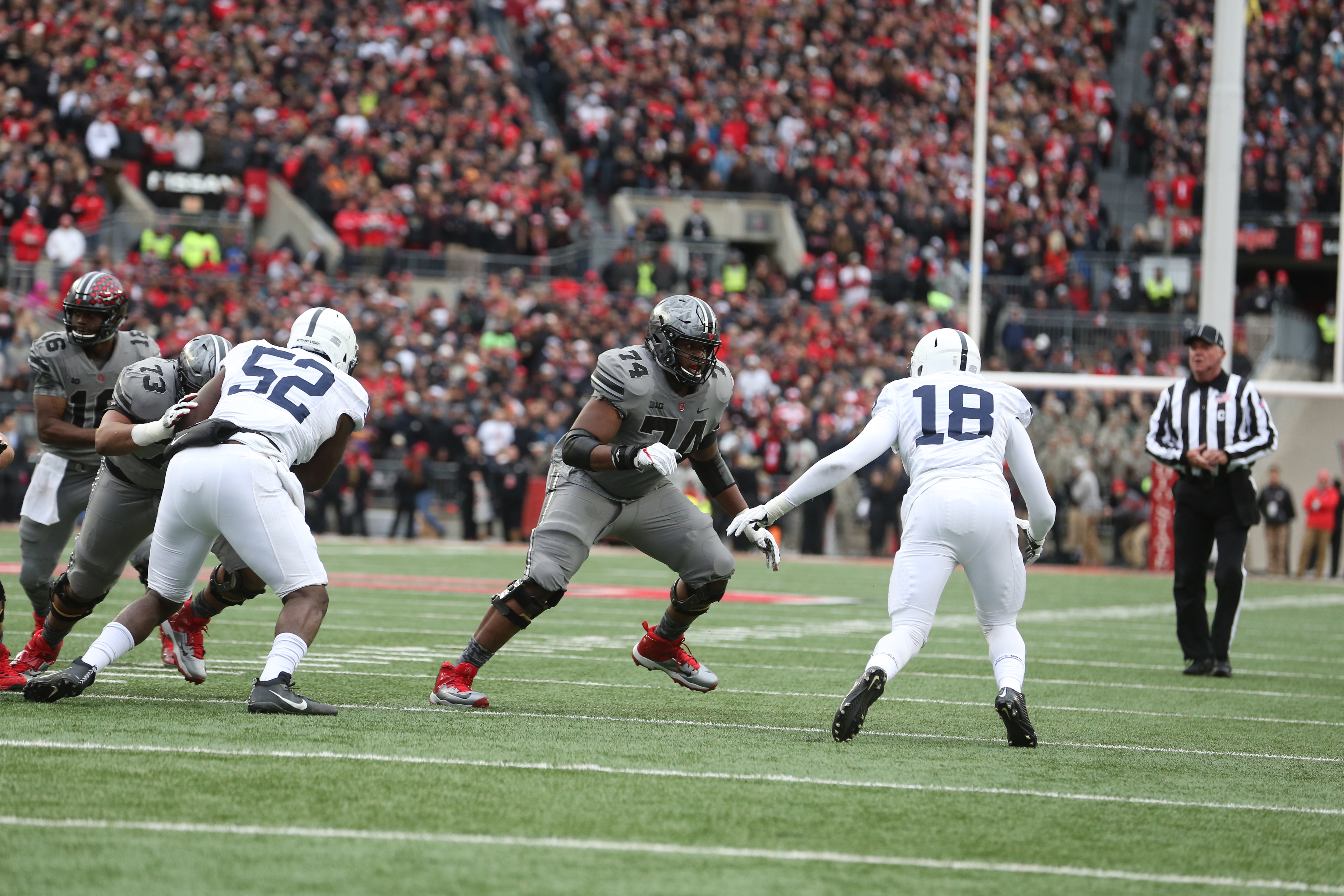 The NFL’s new league year begins on Thursday at 4 p.m., but starting on Monday, teams and players were able to negotiate free agency deals, and several Buckeyes have already inked new contracts since the period began.

The most high-profile deal so far is for former Ohio State safety Malik Hooker, who reportedly plans to sign a two-year, $8 million contract to stay with the Dallas Cowboys. Hooker spent last season with the Cowboys, appearing in 15 games (with three starts), intercepting one pass and breaking up two passes. He also contributed 44 tackles.

Prior to his time in Dallas, Hooker spent four seasons in Indianapolis after being drafted with the 15th overall pick in the 2017 NFL Draft. During his time with the Colts, he suffered two season-ending injuries that led to the Colts declining his fifth-year option. In those four seasons, he appeared in 35 games (starting 34 of them), intercepting seven passes (with 11 breakups) and combining for 117 tackles.

At Ohio State, Hooker played in 13 games in 2015 after redshirting in 2014. He then started at safety in 2016, recording seven interceptions and 74 tackles (5.5 for loss), and was named First-Team All-American and First-Team All-Big Ten for his effort.

Jones was drafted in the fifth round of the 2018 NFL Draft by the Seattle Seahawks, and appeared in 36 games (with seven starts) over the past three seasons.

Another former Buckeye to sign a deal is former longsnapper Jake McQuaide, who reportedly has agreed to a new one-year contract with the Cowboys. McQuaide is entering his 12th season in the NFL, and will play his second season in Dallas following 10 years with the St. Louis/Los Angeles Rams.