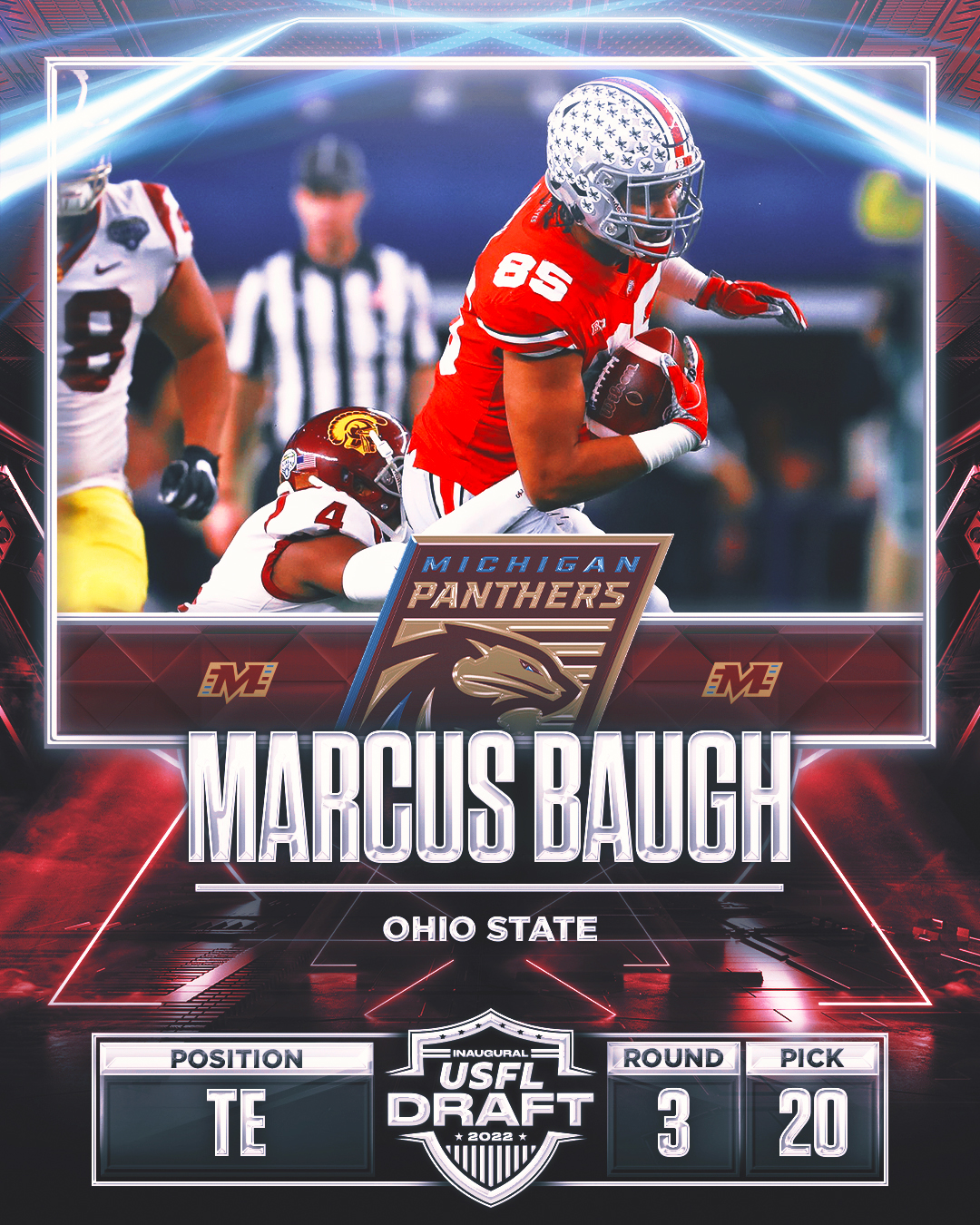 A pair of former Ohio State players were selected in the USFL’s Supplemental Draft on Thursday. Tight end Marcus Baugh is headed to the Michigan Panthers, while offensive lineman Matthew Burrell Jr. will join the Tampa Bay Bandits.

Baugh was selected with the 20th pick of the third round, while Burrell went three picks earlier at No. 17.

Baugh played at Ohio State from 2014-17, hauling in 55 catches for 607 yards and eight touchdowns. After going undrafted in 2018, he jumped around a number of professional teams, including the Oakland Raiders, Carolina Panthers, Washington Commanders and Pittsburgh Steelers, as well as the San Diego Fleet of the now-defunct Alliance of American Football.

Burrell played at Ohio State for three seasons from 2015-17 before transferring to Sam Houston State. Despite playing on the offensive line in college, the Bandits list him as a guard/center/nose tackle combo.

Baugh and Burrell will join several Buckeyes already within the ranks of the USFL, including wide receiver Johnnie Dixon, defensive end Jonathan Newsome and running back Mike Weber.

The USFL will begin its inaugural season on Saturday, April 16, as the New Jersey Generals will play the Birmingham Stallions at 7:30 p.m. The game will be broadcast on FOX, NBC and Peacock.