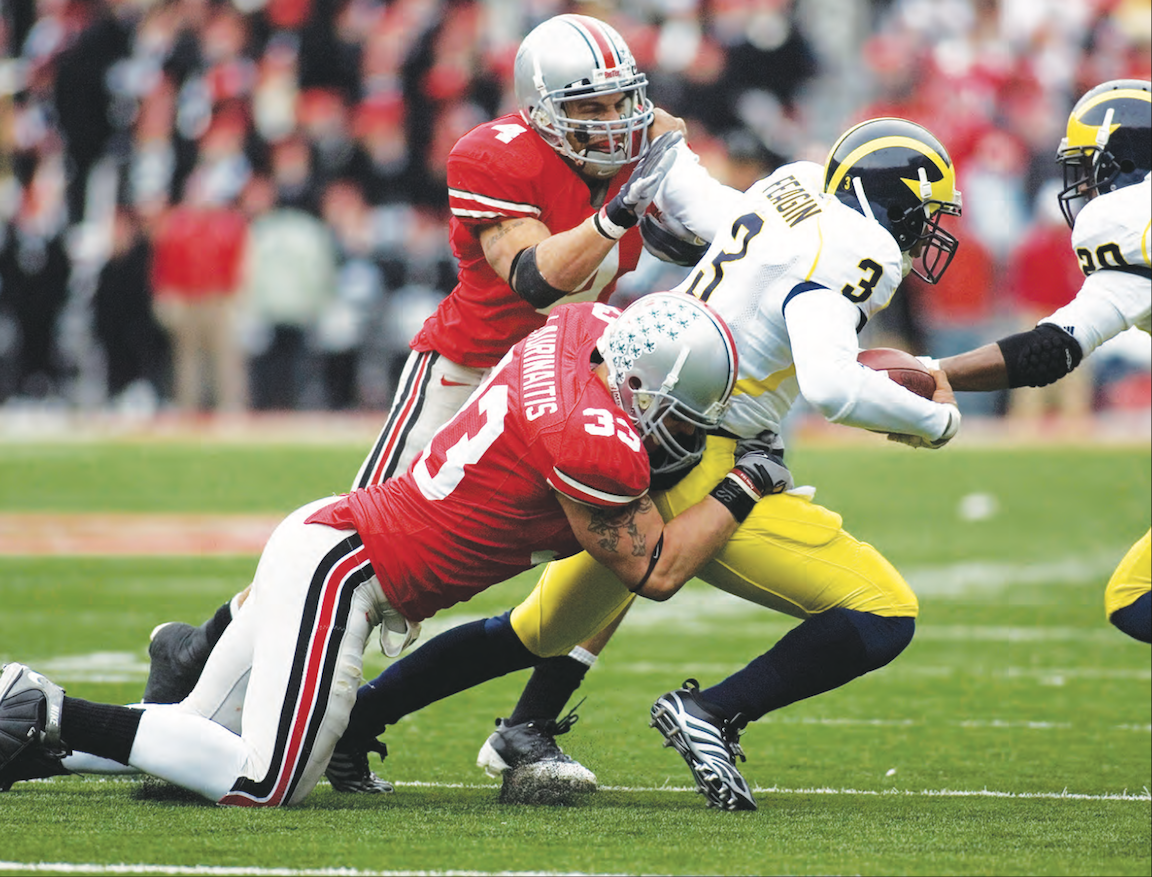 The National Football Foundation on June 6 released the ballot for the 2023 College Football Hall of Fame class, and two former Ohio State players were among those included as candidates.

Linebacker James Laurinaitis (2005-08) returns to the ballot for the fourth time in 2023. He was a two-time Big Ten Defensive Player of the Year and won the 2006 Nagurski Trophy and the 2007 Butkus Award. Laurinaitis was also a three-time first-team All-American, earning consensus honors in 2006 and 2008 and a unanimous selection for the 2007 season.

The Buckeyes won four consecutive Big Ten regular-season titles in Laurinaitis’ four collegiate seasons. Ohio State also made two trips to the BCS National Championship game in 2006 and 2007, losing to Florida and LSU in those contests.

Offensive tackle Chris Ward (1975-78) makes the Hall of Fame candidate’s list for the sixth time in 2023. He was a two-time first-team All-American, with consensus honors in 1976 and a unanimous selection in 1977. Ward was also a three-time first-team All-Big Ten player and helped lead the Buckeyes to four regular-season conference championships during his career.

“It’s an enormous honor to just be on the College Football Hall of Fame ballot considering more than 5.54 million people have played college football and only 1,056 players have been inducted,” NFF President & CEO Steve Hatchell said. “The Hall’s requirement of being a First-Team All-American creates a much smaller pool of about 1,500 individuals who are even eligible. Being in today’s elite group means an individual is truly among the greatest to have ever played the game, and we look forward to announcing the 2023 College Football Hall of Fame Class early next year.”

OHIO STATE PLAYERS IN THE COLLEGE FOOTBALL HALL OF FAME