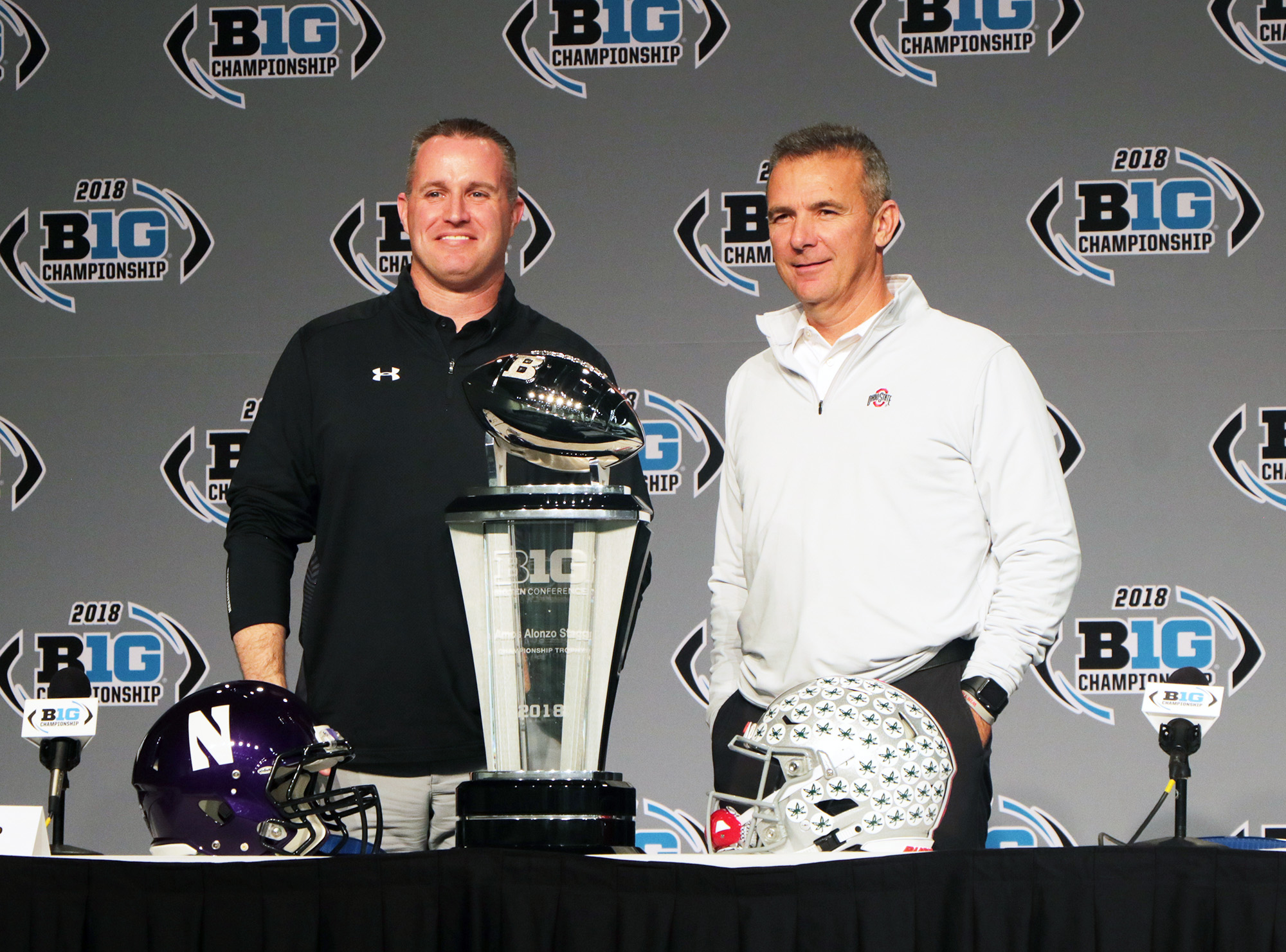 For the fourth time in Urban Meyer’s tenure at Ohio State, the Buckeyes are set to play in the Big Ten title game and despite being ranked No. 6 in the College Football Playoff rankings, Meyer’s squad still has an outside chance at getting in the four-team playoff.

The Buckeyes are favored to defeat Northwestern on Saturday night, but a win likely won’t be enough to get Ohio State into the playoff. OSU needs help or another blowout win in Indianapolis in order to get back to the playoff.

Before they can worry about their postseason destiny however, Ohio State has to defeat the Wildcats. What follows are five things to watch for once the ball is kicked on Saturday night.

The Wildcat defense does not allow many big plays. Because of that, Ohio State will have to put together sustained drives in order to put points up on Northwestern. If Pat Fitzgerald’s defense can create turnovers however, it gives itself a significant chance to pull the upset.

Dwayne Haskins is completing 69 percent of his passes this season and has thrown just seven interceptions all season. However, he has a tendency in certain situations to force throws into tight windows and since Northwestern plays primarily zone defense, that could become an issue on Saturday.

2. Will Ohio State’s Defense Take a Step Forward or Back?

Ohio State’s performance against Maryland was described as a step back for the Buckeye defense by Urban Meyer, while the Michigan performance was a step in the right direction. Still, Ohio State has allowed 90 points in its last two games and there are significant holes as we enter the 13th game of the year.

If Ohio State doesn’t build on what it did against Michigan, Northwestern will have the opportunity to have a big day. The Wildcats feature a veteran quarterback in Clayton Thorson and Fitzgerald’s team will take its fair share of shots to win. If the Buckeye defense can’t win the one-on-one matchups, Northwestern has a chance to create big plays downfield.

3. How Will Wyatt Davis Perform?

Redshirt-freshman Wyatt Davis is making his first career start against Northwestern after the injury to Demetrius Knox. Davis will start at right guard, and Meyer seems confident in his ability to step in without too much of a drop-off.

A defensive coach by trade, it will be curious to see if Fitzgerald dials up exotic blitzes to try and confuse the young offensive guard. Pass protection has been stellar for the Buckeyes recently, while the run game has been average at best. Davis’ performance will likely go unnoticed if he plays well, but you will notice him if he struggles.

The Buckeyes are 127th in the nation in penalty yards (76 per game). Northwestern is first in the country in that category (26.7 yards per game). By this time of year, that isn’t a fluke on either side. It is a trend.

In championship games, field position can be the thing that determines the outcome. Urban Meyer said so. If that is the case, Ohio State is in some trouble.

The Buckeyes haven’t been able to get out of their own way all season, while Northwestern is statistically the most disciplined team in the country. That will play a factor on Saturday. Just how much of a factor remains to be seen.

Drue Chrisman has been critical for Ohio State all season. Playing indoors, Chrisman could be in for a career day.

Much like penalties, special teams can flip the field. Chrisman could be Ohio State’s answer to penalty problems. In addition, close games often call for a trick play or two, especially from the underdog. Look for Fitzgerald to pull out all the stops Saturday, perhaps including a fake punt or kick, something Ohio State has been susceptible to this year.