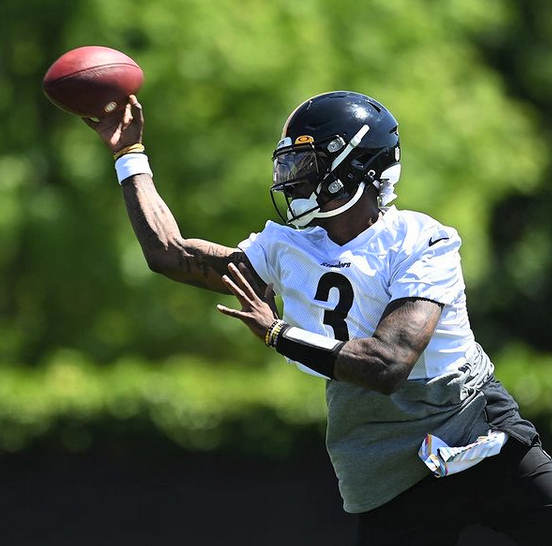 The Pitttsburgh Steelers held their first round of OTAs last week, and started another round of those offseason workouts today. In those sessions, former Buckeye Dwayne Haskins has apparently been impressing starting quarterback Ben Roethlisberger.

Roethlisberger also joked that Haskins could throw a ball through a car wash, and it wouldn’t get wet.

Haskins is battling Mason Rudolph and Joshua Dobbs to be Roethlisberger’s backup. Reporters covering the Steelers have decribed Haskins as looking “slim and trim.”

He also ran into some off-field issues, with repeated violations of the NFL’s COVID-19 protocols. He was fined for the first instance. He was given an additional fine and stripped of his captaincy after the second.