Dre’Mont Jones Focused on The Game, Not NFL Future 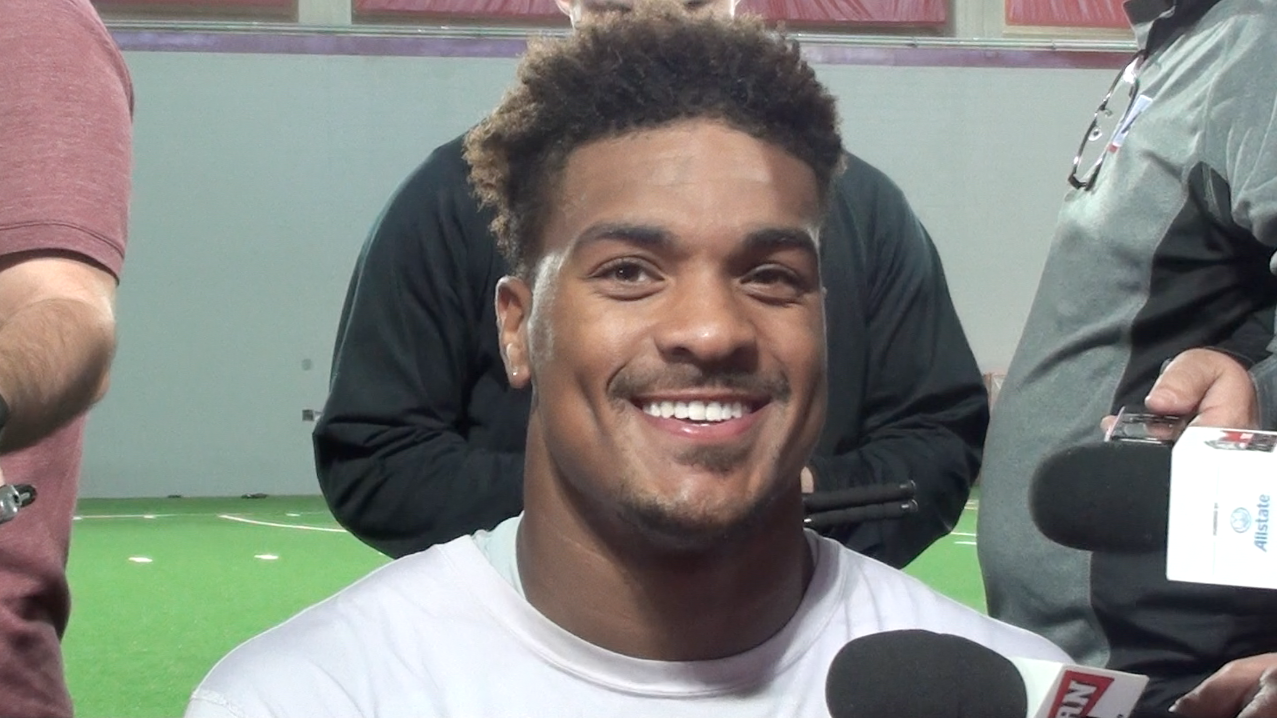 After the 2017 season, Dre’Mont Jones had to decide whether or not he was going to leave for the NFL or return for a fourth season at Ohio State. Jones, then a redshirt sophomore, ultimately decided to return to Columbus for another season.

Playing the majority of the season as Ohio State’s top defensive lineman with Nick Bosa gone, Jones has put together a successful season. He leads the Buckeyes in tackles for loss with 12, which also ranks him tied for ninth in the Big Ten. Jones, who still has one more year of eligibility left, could very well be playing his last game in Ohio Stadium on Saturday as he remains one of the top defensive linemen eligible for the 2019 NFL Draft.

Jones though, declined to comment on whether or not his final game in Ohio Stadium will come against Michigan on Saturday.

“I am just worried about this game,” Jones said when asked about his future.

An Ohio native, Jones has never lost to Michigan since coming to Columbus from Cleveland in 2015. The Buckeyes overall have not lost to the Wolverines since 2011. Jones said he grew up watching The Game and added Ohio natives tend to understand the rivalry better.

“I think that’s real. I’m from Ohio, so this is all I heard about growing up being a football fan,” he said. “Now being a part of it, it makes it even more monumental because I am a fan of Ohio State and I am a player. That makes me more amped up to play.”

Being the leader on a defense that has gone through a plethora of struggles this season, Jones said he isn’t going to shy away from the fact that he might have to play an even more important role against the Wolverines in order for the Buckeyes to pull the upset.