Day Not Pleased With Direction Of CFB 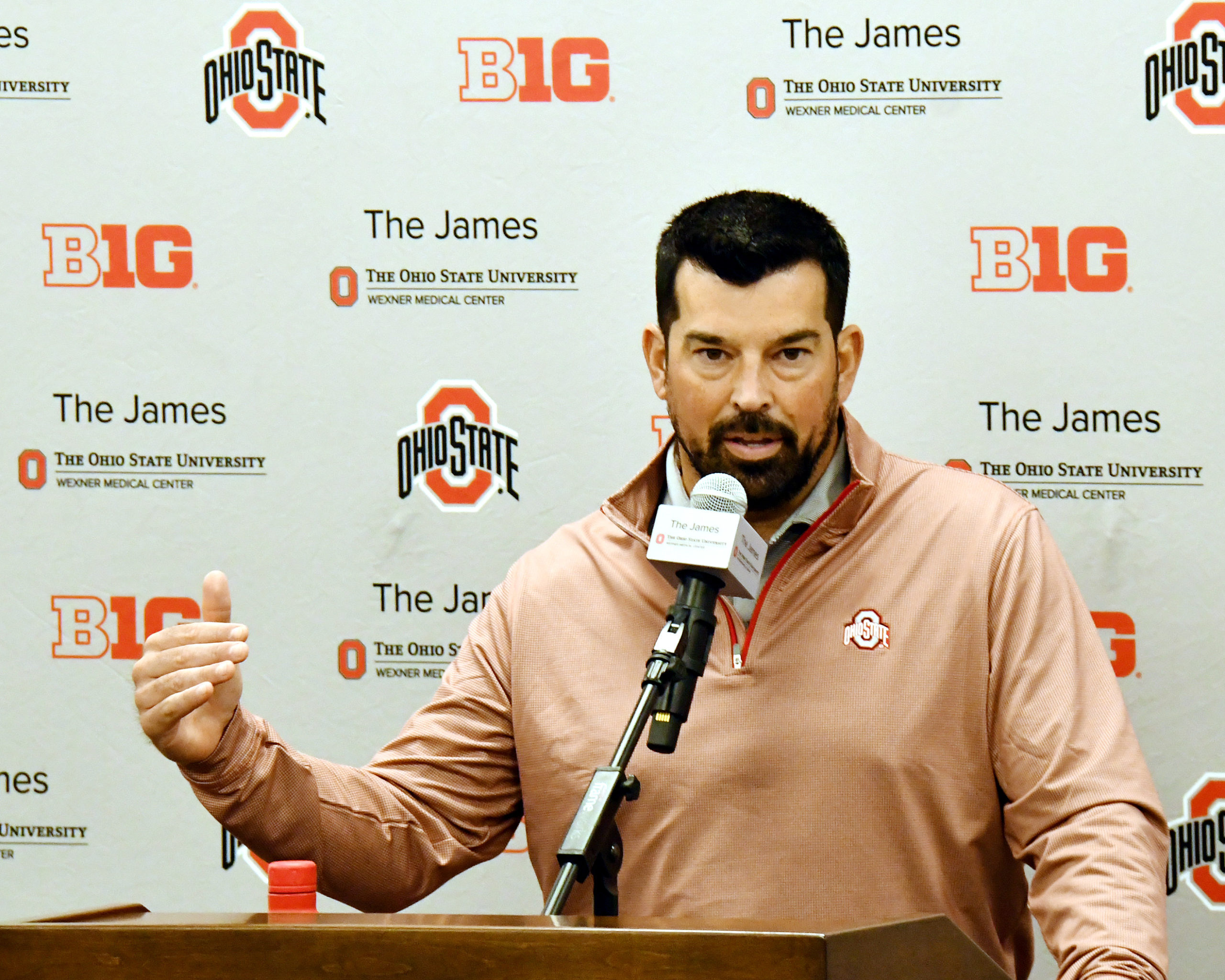 Ohio State head coach Ryan Day, in speaking to media on Dec. 15 as Ohio State welcomed 17 new players to its program by way of the Early Signing Period, shared his apprehension with the direction that he feels college football is headed in.

Much of his issue seems to lie in how new rules are impacting team personnel. As the transfer portal becomes more common – and begins to touch the Buckeyes more – Day says there’s an issue of never having a great feel for who is locked in and who could be looking into leaving. The Buckeyes have had six players announce their intention to enter the portal in the last season, starting with the linebacker pairing of Dallas Gant and K’Vaughan Pope, continuing with quarterbacks Quinn Ewers and Jack Miller, and finishing, at least for now, with secondary players Ryan Watts and Craig Young.

“Somebody on our team could say that they’re coming and leave tomorrow too. This is just a start, and it’s just a starting point because we’ve already had somebody that we thought was going be in this class come and leave,” Day said, talking about Ewers, who was originally set to sign in 2022. “It’s something that we have to be able to adapt to and adjust to and try to do the best we can along the way to communicate and build those relationships, but it’s certainly very new, and it’s moving very fast.”

Day described himself as concerned with the direction that the sport is headed in.

“To say that I’m not, at the very least, concerned about what’s going on right now across the country, that wouldn’t be accurate,” Day said. “There’s just a lot with it. But I will say that I think now more than ever, the focus has to be on relationships in this recruiting process.”

Another piece of the puzzle that he took the chance to rail against was the new NIL legislation, which many programs have seen great benefit from on the recruiting trail in its first season of existence. Though programs cannot set up deals for players, funds centered around signing day from outside businesses seem to have caught Day’s ire.

“It’s all very complicated. And for the sport itself, I think the concerning part is that the coaches can’t set (NIL) up,” Day said. “The coaches are not allowed to set those types of deals up, that has to come from outside the university. And now you are counting on people who are outside the university. That’s concerning. Sometimes you can look at it and you can say to yourself, ‘What really are the rules here, other than the fact that the coaches and school can’t set up the deals?’

“Ohio State and our guys have benefited tremendously from NIL. There have been a lot of opportunities for our guys, and they’ve really capitalized on that. However, the understanding of something coming in on the front end is something that we cannot be a part of, and so the integrity of this school and how we do things is gonna be important for us. And it always has been.”