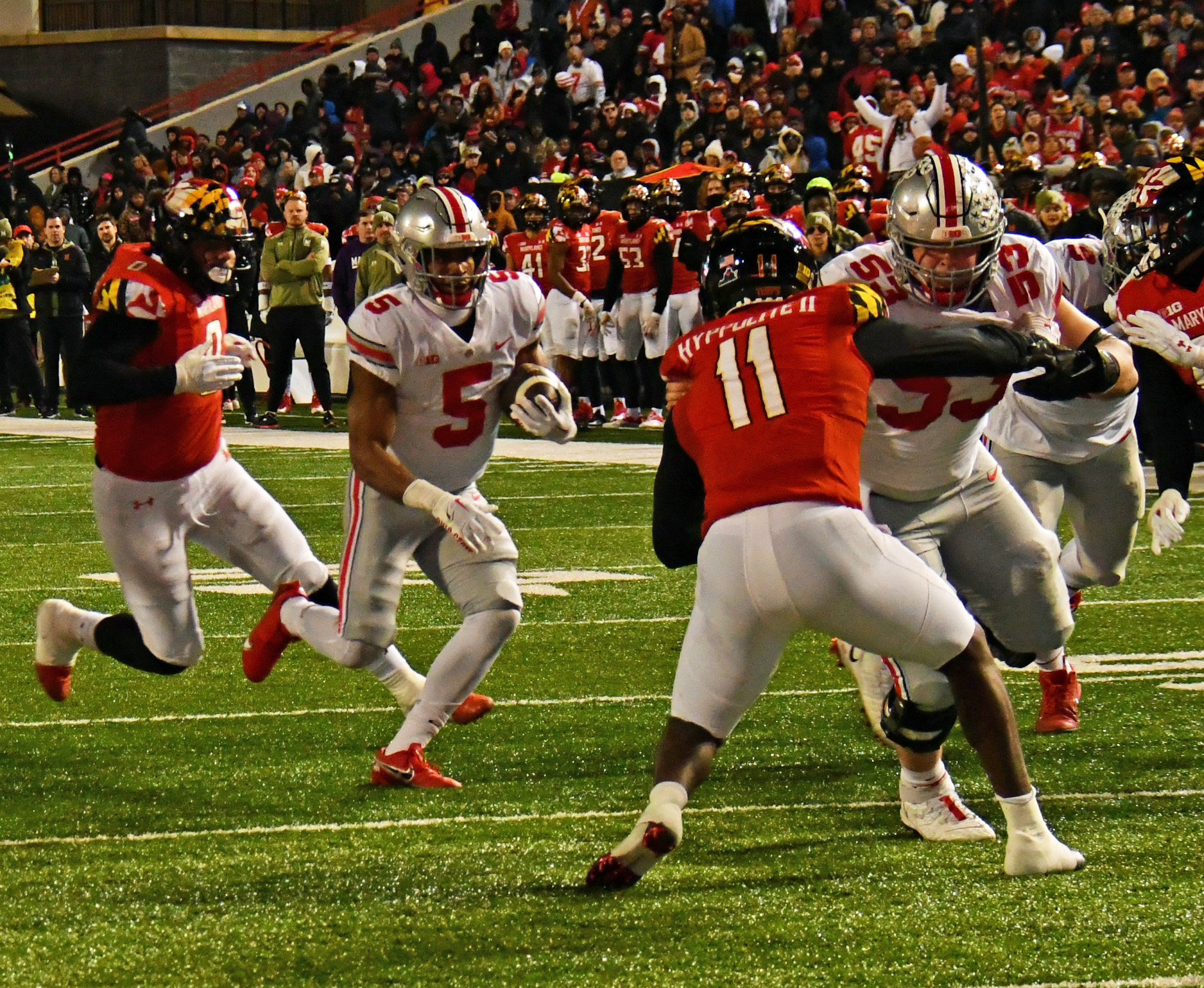 After a dominant second-half showing against Maryland, in relief of the injured TreVeyon Henderson, Ohio State first-year running back Dallan Hayden was named Big Ten Co-Freshman of the Week — sharing the honor with Penn State running back Kaytron Allen.

Hayden punished the Terrapins during the game’s final 30 minutes, amassing 143 of his 146 rushing yards in the second half while scoring all three of his touchdowns in the last two quarters. The Buckeyes needed everything they could get from Hayden to outlast Maryland 43-30.

Hayden has now passed the century mark in each of his last two games, as he also dashed for 102 yards and a touchdown against Indiana on Nov. 12. He has racked up 503 rushing yards and five touchdowns on 100 carries this season.

He is the first Buckeye to pick up conference Freshman of the Week honors this season.