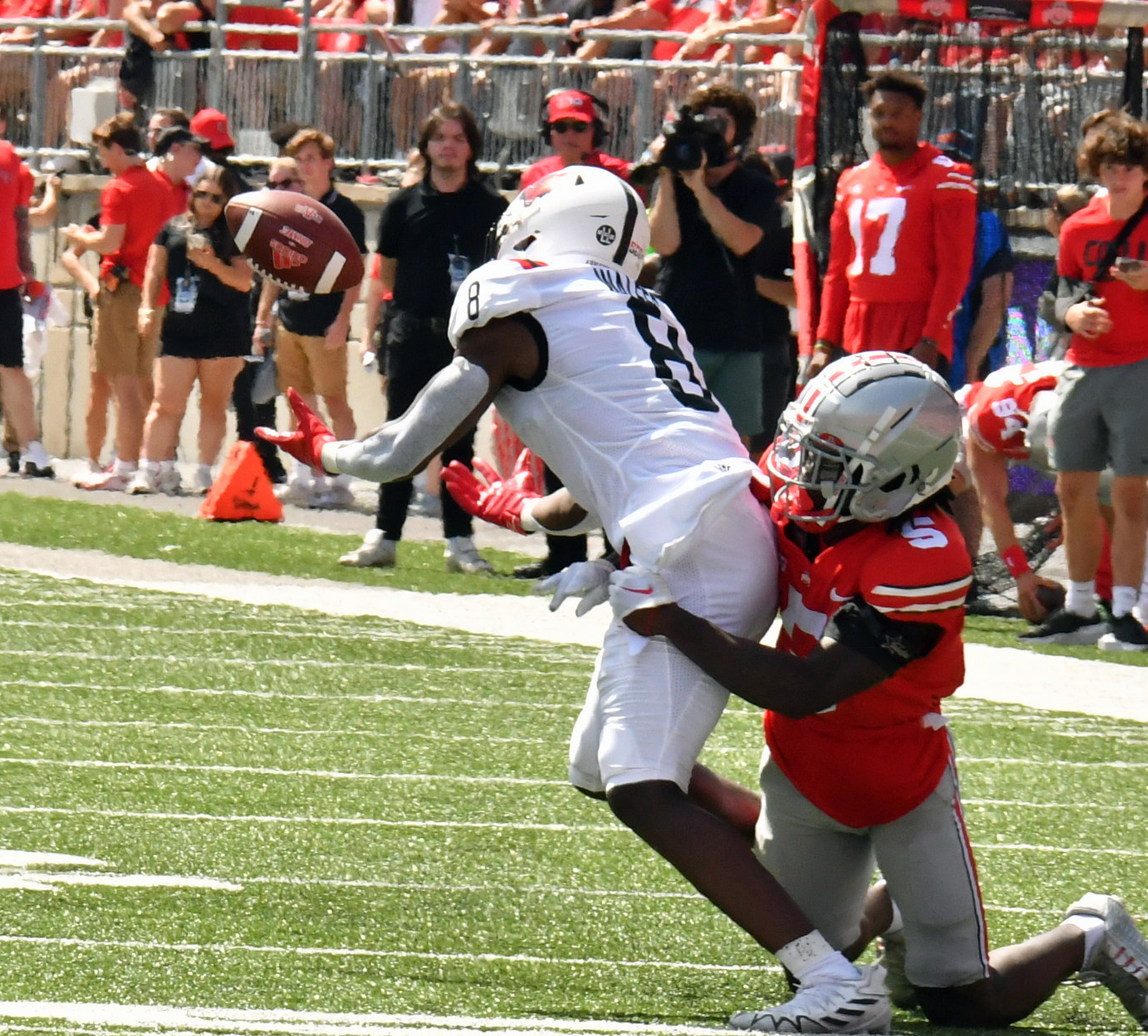 Just prior to Ohio State’s kickoff against Wisconsin, sophomore cornerback Denzel Burke’s appearance on the field in street clothes with an unsightly club on his right hand made it clear that he wouldn’t be participating against the Badgers.

Though Burke’s presence was not missed against Wisconsin – Ohio State’s passing defense held the Badgers to just 104 passing yards – the Buckeyes are looking to get him back as soon as possible, and that could be as early as this weekend against Rutgers.

“It was too close from when it occurred to put him in the game,” Ohio State head coach Ryan Day said. “Now he’s had a good week of practice, so great to see him back. We’ll see – it may be something that we have to keep an eye on here for the remainder of the season and protect it, but we’ll kind of see how it heals and how it does, but he’s going to be ready to roll this week and excited to see him back on the field.”

Burke’s return to Ohio State’s starting lineup will likely come under a microscope, as the sophomore had struggles through the first three games of the season with several blown coverages.

Sophomore JK Johnson and freshman Jyaire Brown showed there is capable depth behind Burke if those struggles continue, but Day said earlier this season that the staff has full confidence in him returning to his level of play from his freshman season.

“Denzel is very, very talented. You guys see what he’s capable of,” Day said earlier this season. “I think that he’s going to keep working to get better, and he certainly has some plays he wants back, but we’re all confident that he will and he’s ready to make those plays. But at the same time, he’s got to identify what those things are that got him jammed up on those plays, and make the adjustments from there.”

Day also said Thursday that there is no update on cornerback Cameron Brown or wide receiver Jaxon Smith-Njigba, who were both unavailable against Wisconsin.