Column: There’s Only One Good Answer For Trevor Lawrence 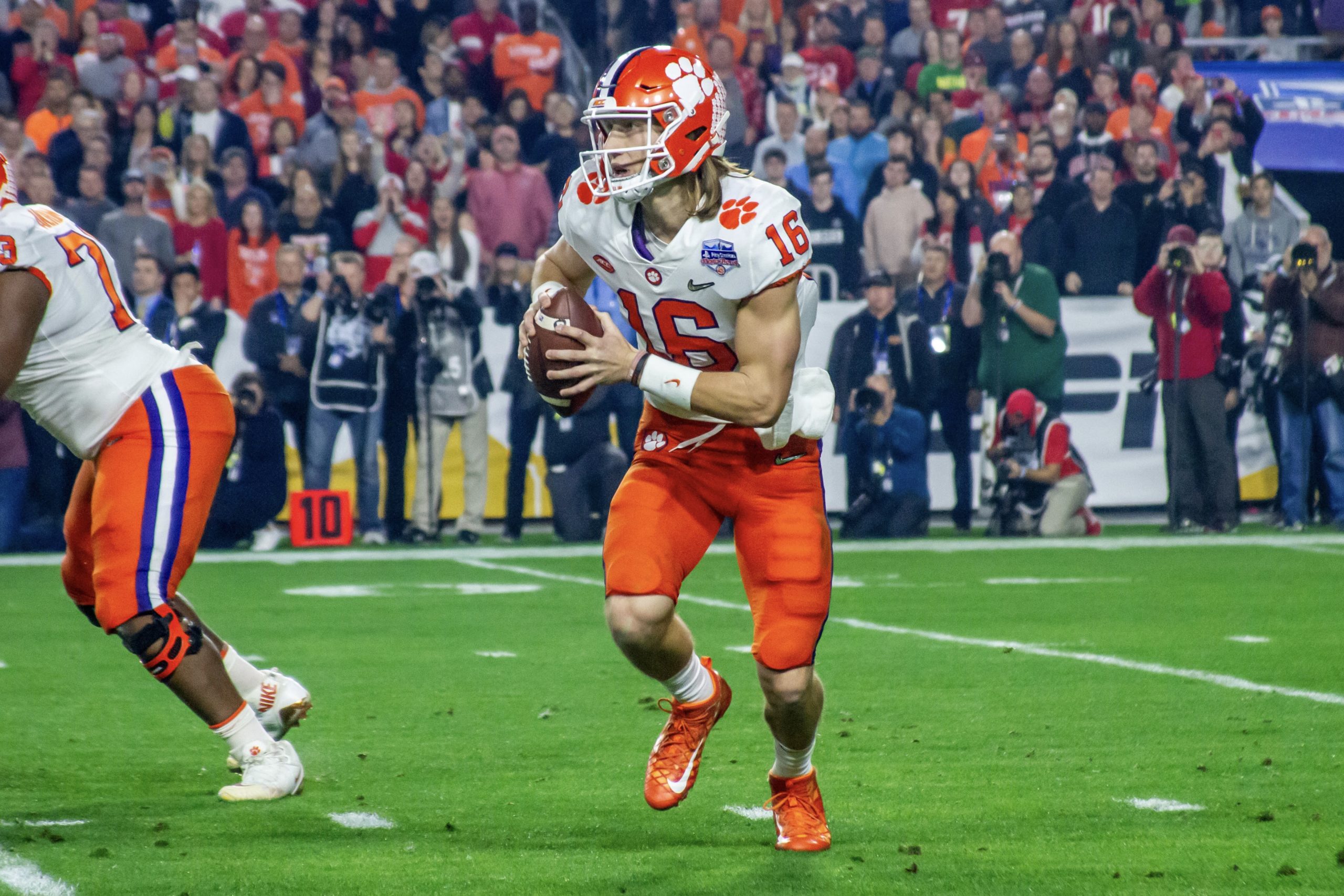 Ohio State’s defense has itself a pretty tricky puzzle to solve by the time it takes the field Friday night against No. 2 Clemson. It’s the same puzzle that college football defenses have been dealing with for three years now, and are likely very ready to be rid of at the end of this season: how in the world do you slow down Clemson quarterback Trevor Lawrence?

Lawrence requires very little introduction. He has a strong case for being considered the best quarterback prospect that college football has ever seen, puts up gaudy stats essentially every game, and certainly isn’t a new face to the Buckeyes. After the Georgia native willed the Tiger offense to a win against Ohio State in the 2019 version of the College Football Playoff, the countdown clock for a chance at redemption started for the Buckeyes. Now, they get their shot against Clemson’s golden armed QB.

Unfortunately for the Buckeye defense, there still has yet to be a breakthrough in the search for an answer to the Lawrence puzzle. The only surefire way to avoid his dominance this season has been to play against Clemson during one of the games that he missed after a positive COVID test, and that doesn’t exactly seem like a reliable or repeatable game plan.

One of the biggest issues that Lawrence presents to a defense is his ability to create big plays, a lesson that Ohio State learned the hard way in 2019, by way of three touchdowns of more than 30 yards that directly involved Lawrence (53-yard pass to Travis Etienne, 34-yard pass to Etienne and a 67-yard run for Lawrence).

“They do it to everybody,” Ohio State defensive coordinator Kerry Coombs said Tuesday. “Their explosive tape is the longest tape that you’ve ever seen.”

That explosive streak has remained for the Tigers in 2020, even without the kind of elite receiver production that it had from Tee Higgins and Justyn Ross in 2019. Clemson has 75 plays of 20+ yards this season, roughly equal to one every 11 plays that the Tigers run. On the season, Ohio State has allowed a gain of 20+ yards 29 times, a little more often than once every 14 plays.

Much of that goes back to Lawrence, who passed or rushed on 50 of those 75 explosive plays. His ability as both a passer and a rusher presents an almost unsolvable issue to just about every defense in the country. For a Buckeye defense with a struggling secondary, the threat of Lawrence throwing the ball down the field, even to a less-than-elite receiving corps, should be absolutely terrifying.

So, what does Ohio State do about this predicament? Without the kind of elite defensive back play that the Buckeyes had in 2019, is there a way to stop Lawrence?

“I don’t think anybody stops them. I think you want to try to slow them down. You want to try to contain them. You want to try to eliminate those big plays,” Coombs said. “They have a formula. They’ve got talent across the board from the numbers to the numbers. And so if you went into a game and said, we’re going to take this one thing away, they have plenty to beat you somewhere else. And so you have to prepare for all of it, and you have to play a great game for four quarters in order to have a chance at the end.”

In 2019, Ohio State had the right answer, it just couldn’t execute flawlessly for four quarters, as you have to against Clemson’s offense. The Buckeyes operated primarily out of Jeff Hafley’s single-high, cover 3 look, pairing that with a number of disguised blitzes and simulated pressure. The theory behind that was that Ohio State would still be able to cover most of the field while still pressuring Lawrence much more than he was used to.

It worked! Cornerback Shaun Wade was dominant out of that creeper blitz role from the slot and the Clemson passing attack was essentially a non-factor until Wade was ejected from the game for targeting. Without him, however, Ohio State lost a lot of that ability to pressure the QB, giving Lawrence more time to read and gash the Buckeye zone. A few blown assignments was all that he needed to lead Clemson to the win.

That zone-heavy-with-disguised-pressure game plan is sound against this team. It’s probably the best way to handle Clemson under Lawrence.

Ohio State cannot do that this season, however. This is a group that has struggled consistently with following assignments in zone, which has been problematic against even bad offenses. Make those kind of mistakes against Clemson, and you have yourself a blowout.

Because of that, the answer for Ohio State this season likely lies in the individual performances of a few players – namely Wade, Haskell Garrett and Tommy Togiai. The idea that Ohio State will need interior pressure to beat Lawrence certainly isn’t an original one, but there’s a reason that everyone covering this game has landed on that same answer: it’s essentially the only path for this Buckeye defense to slow down Lawrence.

Pressure him up the middle with disruptive defensive tackles, and sell out to make big plays in the secondary with man coverage across the board, a single-high zone safety (probably Josh Proctor) and an underneath zone linebacker (Justin Hilliard). Leave Wade, Sevyn Banks and Marcus Williamson purely in coverage on the three Clemson wideouts, put Pete Werner on Travis Etienne patrol, and then use that remaining defensive back (this is all assuming that Ohio State uses the 4-2-5 rather than its standard 4-3, which is absolutely useless against a team like Clemson) as a chaos defender, similar to the role of Darron Lee in 2014.

Does it open the defense up for consistent, easy gains underneath? Absolutely. Does that matter? Not even in the slightest. Ohio State isn’t going to win this game by shutting the Tigers down. Pairing a run-heavy, clock eating offensive game plan with a turnover hungry, aggressive defense certainly looks to be the best (and maybe the only) option for Ohio State to knock off Clemson and advance to the national title game.