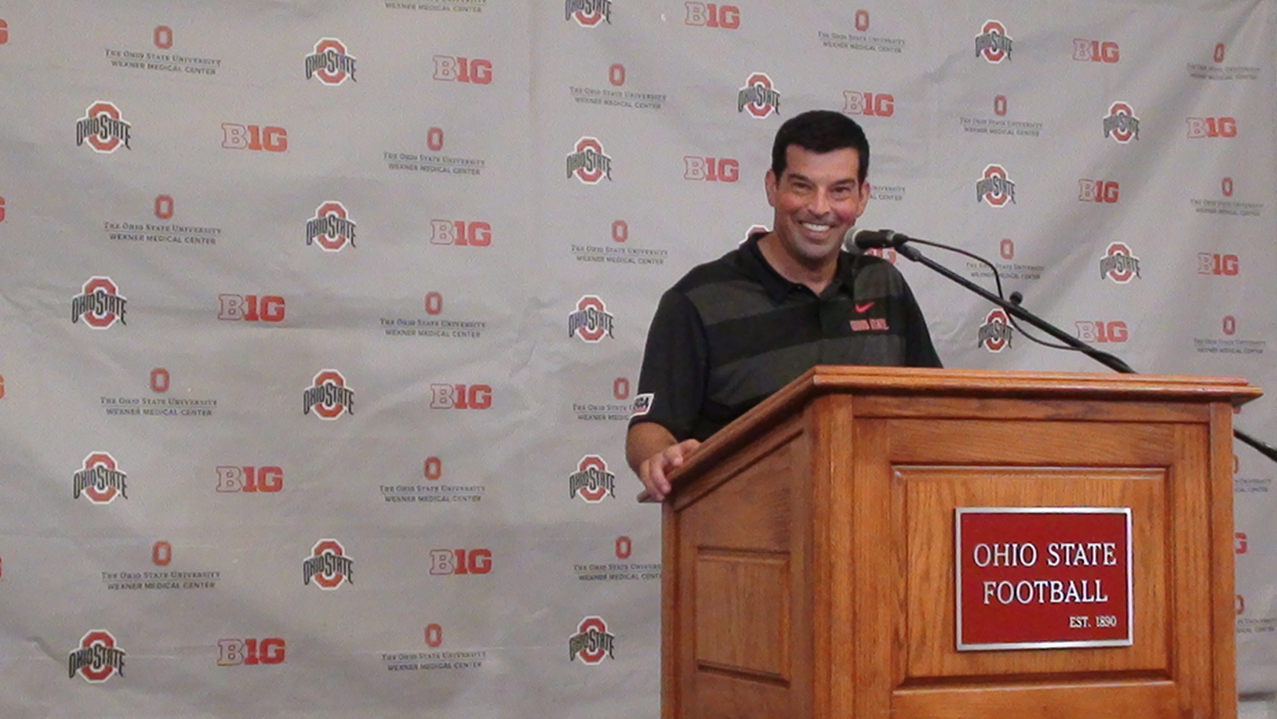 From the sidelines, how did acting head coach Ryan Day call the offense? What did co-defensive coordinator and safeties coach Alex Grinch garner from the defense? On both sides of the ball, the two analyze Ohio State’s 77-31 victory against Oregon State.

“Really proud of the way Mike has practiced. We’ve been talking about that for a while now. He’s at a really good preseason. He’s practiced hard, been taking care of the football. And so that was really good to see him play well today.

“We brought three guys up in the locker room. He was one of them. (Fifth-year senior left guard) Malcolm Pridgeon was another one. And (fifth-year senior wide receiver) Terry McLaurin was the third. And those three guys have arguably been three of the best practice players we had. And they had really big days for us today. So that was great.

“I thought Dwayne started well, played well, had the one play there that obviously you’d like to have back. But overall a good start to them.”

On how the offense put up 77 points…

“Well, I thought that we played with tempo today. And we were aggressive. I thought we stretched the field horizontally and we stretched it vertically, which is the goal. But I thought the tempo was really good.

“We have a lot of depth at receiver. So we’re able to play multiple receivers and stay fresh, which I think you could see. Our offensive line is in tremendous shape.

“But we were playing at a pretty fast clip. I’ve got to go back and look to see how fast we were playing, but we were really playing fast in that first half which was the plan going in. But then we were playing efficiently, too. So that was good. But a lot to learn from. It’s something to build on for sure.”

“Well, when Coach gets back, we’re looking forward to getting him back and looking forward to those meetings and kind of building as we go to Rutgers. But it will be business as usual for us. We’ll look at the film, make corrections, go from there.”