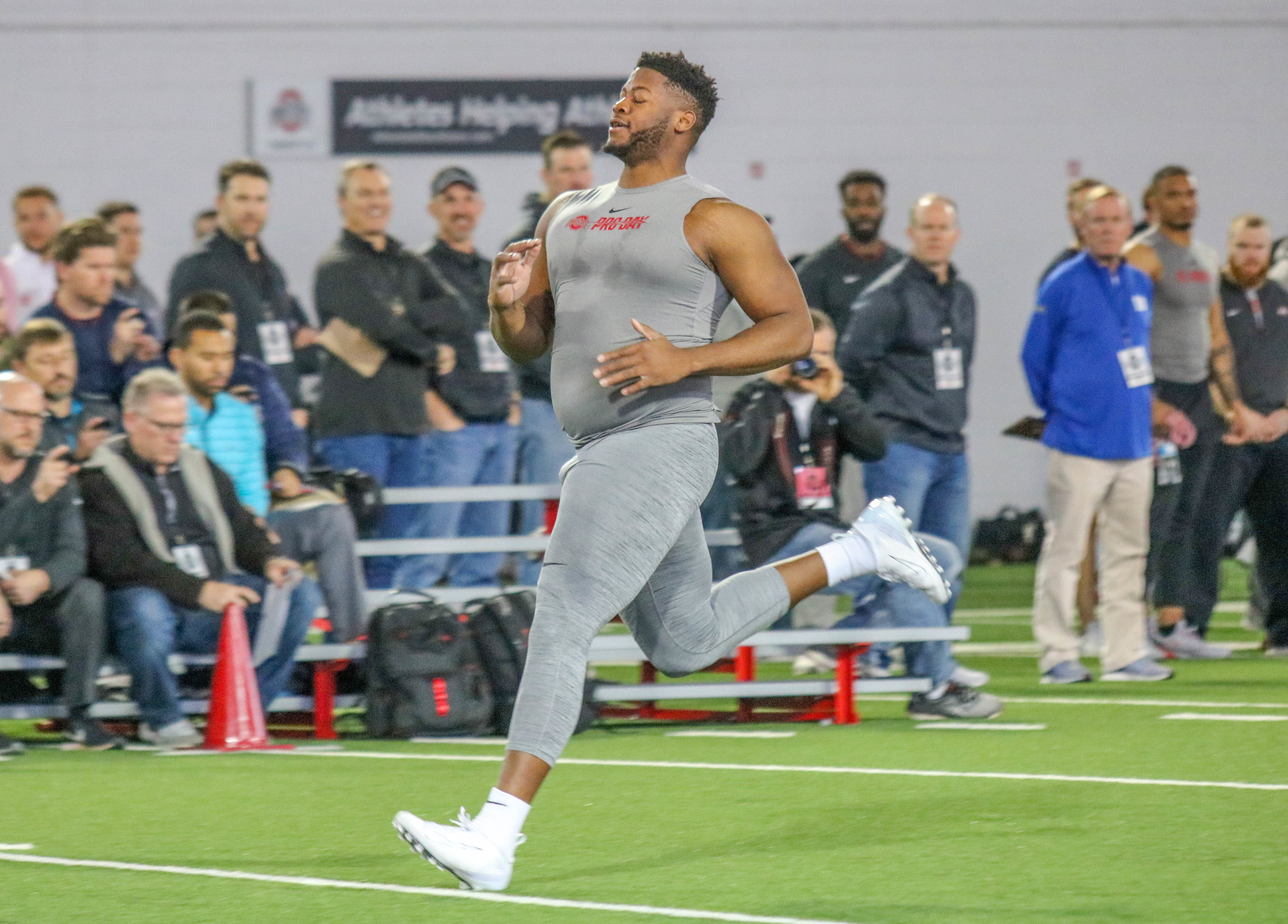 According to multiple reports, former Ohio State offensive guard Malcolm Pridgeon was waived by the Cleveland Browns earlier this week.

A native of Central Islip, N.Y., Pridgeon joined the Buckeyes in 2016 as a transfer from Nassau Community College. After suffering a knee injury in camp and redshirting that fall, he started all 28 games for Ohio State between 2017-18, helping the Buckeyes to Big Ten championships in both seasons and victories in the Cotton and Rose bowls.

The 6-6 and 322-pound Pridgeon signed an undrafted free agent deal with the Houston Texans in 2019 but was waived at the start of the regular season. The Browns signed him to their practice squad shortly thereafter.

On Aug. 6, Pridgeon opted out of the 2020 season because of concerns with the coronavirus pandemic. He shared in a recent story from ESPN’s Elizabeth Merrill that his mother passed away last March due to complications from the virus and that he is also at higher risk of complications because he suffers from hypertension.

“Of course I wish I was out there,” Pridgeon said. “I can’t look back on it. That causes stress that I don’t need. I feel like if someone was in my shoes, they would’ve made the same decision I made.”

Pridgeon was not claimed by another team within 24 hours and is now an unrestricted free agent and able to sign anywhere, though he is unsure if he’ll be able to continue his professional career.

“I feel hurt,” Pridgeon said. “I don’t know if I’ll ever get picked to play on the team after I opted out.”